SURFSIDE, Fla. (AP) — Rescue efforts at the site of a partially collapsed Florida condominium building were halted Thursday out of concern about the stability of the remaining structure after crews noticed widening cracks and up to a foot of movement in a large column, officials said.

The stoppage that began shortly after 2 a.m. threatened to keep search teams off the rubble pile for an unknown period and dim hopes for finding anyone alive in the debris a week after the tower came down.

The rescue operations were called off on the same day that President Joe Biden and first lady Jill Biden visited the devastated community. 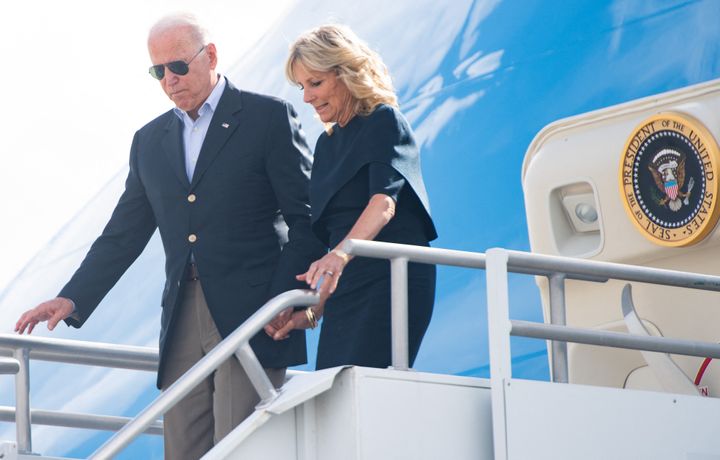 The collapse of the 12-story Champlain Towers South beachfront condominium killed at least 18 people and left 145 missing. Hundreds of search-and-rescue personnel have painstakingly searched the pancaked rubble for potential signs of life, but no one has been rescued since the first hours after the collapse.

“This is life and death,” Biden said during a briefing. “We can do it, just the simple act of everyone doing what needs to be done, makes a difference.”

“There’s gonna be a lot of pain and anxiety and suffering and even the need for psychological help in the days and months that follow,” he said. “And so, we’re not going anywhere.” 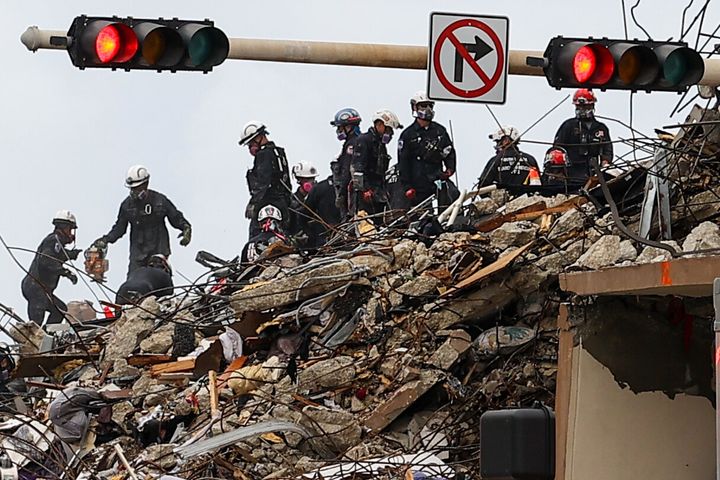 The president was expected to meet later with first responders and family members of those affected by the collapse before delivering remarks Thursday afternoon.

Rescue work was halted after crews noticed several expansions in cracks they had been monitoring. They also observed 6 to 12 inches of movement in a large column hanging from the structure “that could fall and cause damage to support columns” in the underground parking garage, Miami-Dade Fire Rescue Chief Alan Cominsky said.

In addition, they noticed movement in the debris pile and slight movement in some concrete floor slabs “that could cause additional failure of the building,” he said. 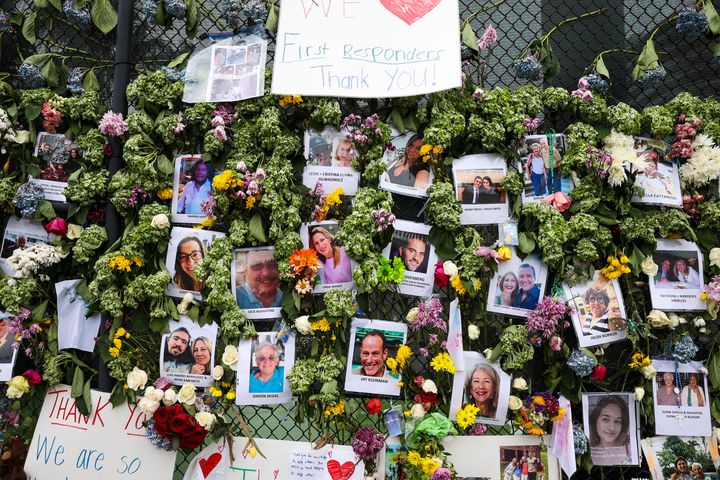 Officials will work with structural engineers and other experts to “develop options” to continue rescue operations, Cominsky said.

Biden’s visit “will have no impact on what happens at the site,” Miami-Dade County Mayor Daniella Levine Cava told a news conference.

“The search-and-rescue operation will continue as soon as it is safe to do so. The only reason for this pause is concerns about the standing structure,” she said. 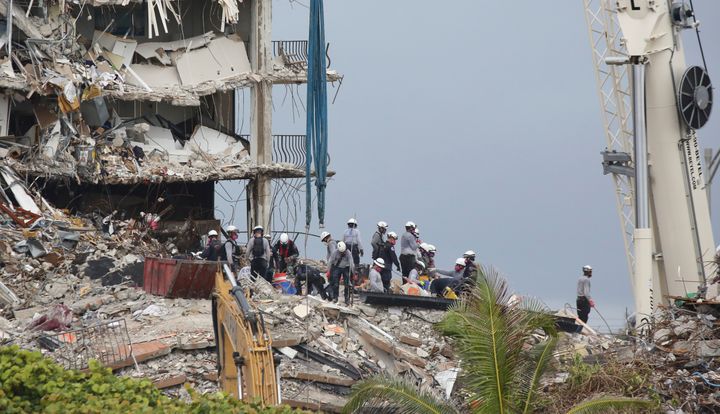 Gov. Ron DeSantis said state engineers, the fire department and county officials are exploring options on how to deal with the structural concerns.

“Obviously, we believe that continuing searching is very, very important,” DeSantis said, adding that the state will ”provide whatever resources they need” to allow the search to continue.

Cominsky confirmed Thursday that workers tried to rescue a woman shortly after the building collapsed when they heard a voice in the rubble.

“We were searching for a female voice … we heard for several hours, and eventually we didn’t hear her voice anymore,” he said. 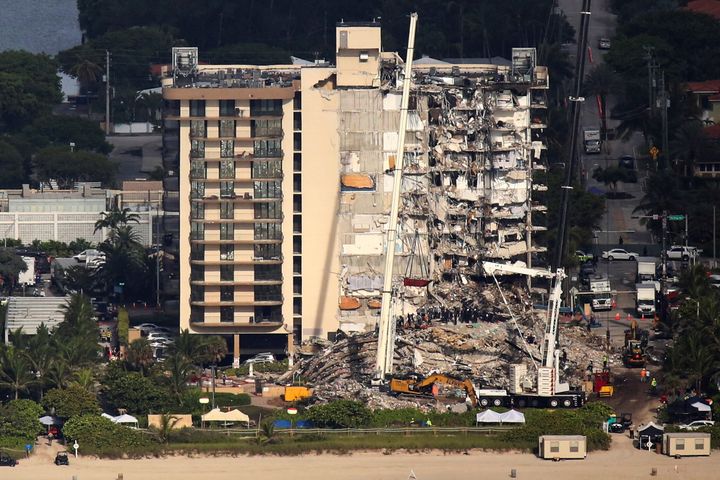 Cominsky said they continued searching. “Unfortunately, we didn’t have success on that,” he said.

The cause of the collapse is under investigation. A 2018 engineering report found that the building’s ground-floor pool deck was resting on a concrete slab that had “major structural damage” and needed extensive repairs. The report also found “abundant cracking” of concrete columns, beams and walls in the parking garage.

Just two months before the building came down, the president of its board wrote a letter to residents saying that structural problems identified in the 2018 inspection had “gotten significantly worse” and that major repairs would cost at least $15.5 million. With bids for the work still pending, the building suddenly collapsed last Thursday.