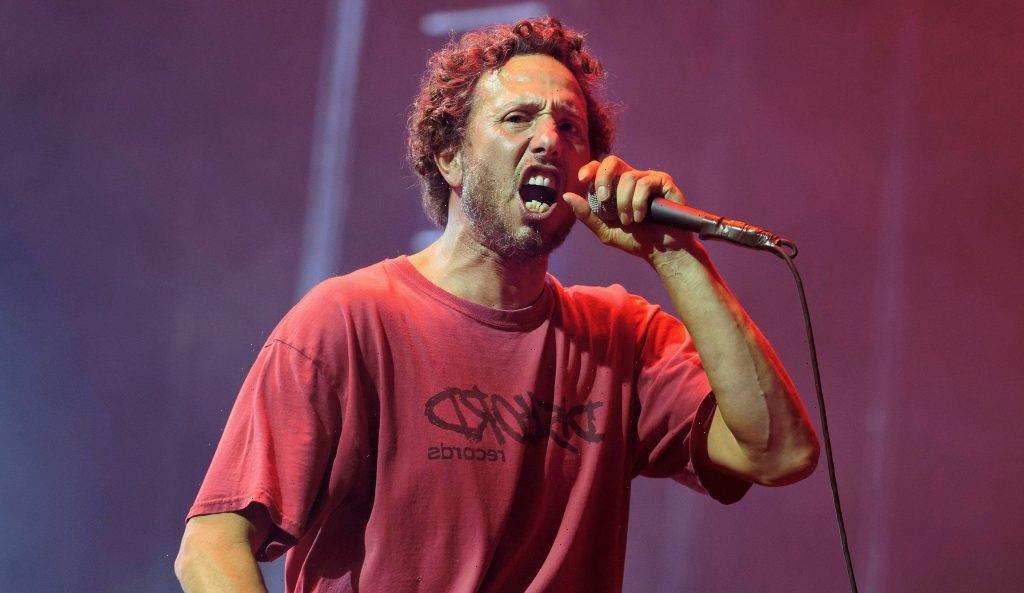 During the second stop of the band’s highly anticipated reunion tour in Chicago on Monday, Rage Against the Machine’s Zack de la Rocha injured his leg and had to continue the set while seated.

According to Consequence, the accident happened four songs into the band’s 90-minute show at Chicago’s United Center. De la Rocha was then escorted off of the stage by crew members and returned shortly after to continue the set while seated on a monitor. At the time, de la Rocha said he didn’t know what happened to his leg but was quoted saying, “I can crawl across this stage. We’re gonna play for you all tonight.”

After settling in his makeshift seat, the musician tried standing up but was unable to put weight on his injured leg. See footage below of what appears to be the moment de la Rocha sustained the injury.

Consequence also caught the triumphant moment between de la Rocha and his band mates after the show ended. With de la Rocha seated, the crew embraced one another shortly before crew members carried the wounded vocalist off stage.

The band is set to play a second show at Chicago’s United Center tonight but it remains unclear what the status of de la Rocha’s injuries are.

Rage fans have been waiting for the band’s  reunion experience since it first announced this current tour back in 2019. The original plan was to start at a small venue near the border in El Paso, Texas, set to follow the 2020 U.S. presidential election.

During their first show at the Alpine Valley Music Theater in Wisconsin on July 9, the group made headlines with the message that they once again projected in Chicago: “Abort the Supreme Court.” The band will be donating almost half a million dollars in ticket sales from the Alpine show, as well as the two shows at the United Center in Chicago, to reproductive rights organizations in Wisconsin and Illinois.

Ina Garten's Cookbooks Are Up to 49% Off During Prime Day