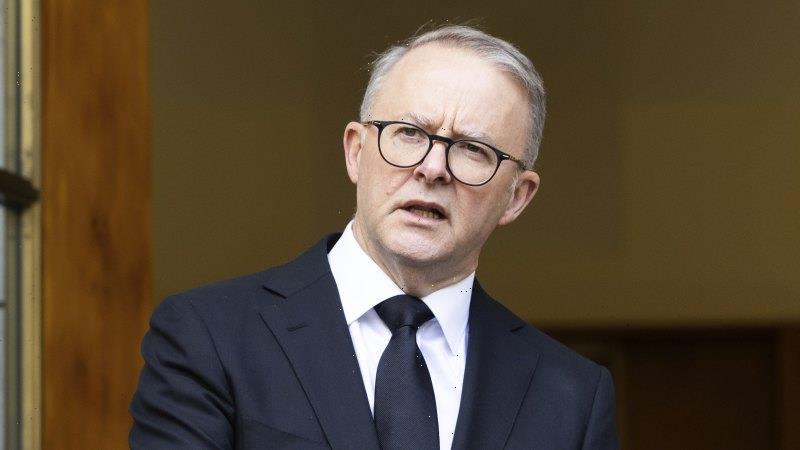 You would not ordinarily think a prime minister granting Australians an extra public holiday would be cause for popular criticism. 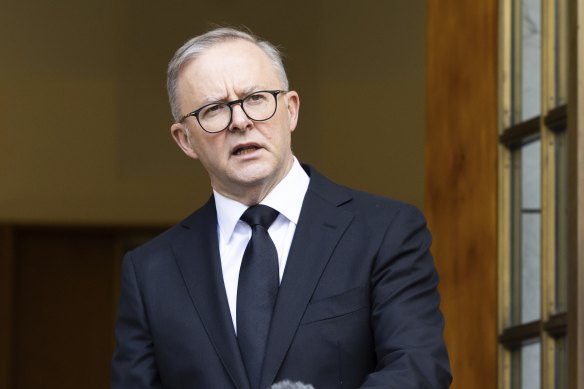 This is the country, after all, that lionised another PM, in 1983, for declaring famously that any boss who sacked a worker for not turning up after Australia’s middle-of-the-night victory in the America’s Cup was a bum.

And it might surprise you that this prime minister, whose proud political philosophy was to “fight Tories” and in 1999 described an Australian republic an “historic inevitability”, is now outspoken in defence of tradition. Yet here we are.

The Queen’s death has seen the uncorking of all sorts of protocol, decided long ago by the anonymous face of officialdom.

You feel as though there was a monogrammed folio inside a locked briefcase somewhere, stored in a secure place for just this moment.

The cancellation of parliament for 15 days seems a little on the long side, though as it happens there will be just four affected sitting days; they will be rescheduled.

There were proclamations and flags lowered to half-mast.

In Victoria, members of parliament are required to swear fresh allegiance to King Charles III.

The Treasury and Australia’s two mints are commissioning a new effigy of the King which will gaze left, following the tradition that dates back to his namesake Charles II in the 1600s, that each new monarch shall alternate sides.

The PM and governor-general will attend Her Majesty’s funeral, with their partners, as designated mourners, along with 10 hand-picked Australians, including current Australian of the Year and retired Paralympian Dylan Alcott, WA psychiatrist and the nation’s first indigenous doctor Helen Milroy, and senior Australian of the Year Valmai Dempsey.

Also invited are Australia’s Victoria Cross winners, to participate in a chivalry procession, including 89-year-old Vietnam Veteran Keith Payne, Afghanistan Veteran Mark Donaldon, and Ben Roberts-Smith, who is awaiting the outcome of a defamation action against reports in Nine Newspapers he alleges unfairly paint him as a war criminal and murderer.

On television, male anchors and reporters wear black tie while the females dress in all black.

But it is the public holiday – a national day of mourning – that has caused the disquiet.

The PM set it, in consultation with the states, for Thursday, September 22.

Peak bodies are for the most part wise enough not to criticise publicly but small businesspeople complain about the costs and parents wonder about the disruption to schooling, camps, balls or childcare.

White-collar salaried workers shrug and collect the benefits; many who work casually on contracts lose a fair day’s pay to the Commonwealth’s official grief.

Medical appointments are cancelled to the chagrin of the Australian Medical Association, who had no problem calling for the curtailment of other peoples’ business when stopping the spread of COVID was the imperative.

In Victoria, where they have public holidays for a horse race and a football grand final, the timing means a four-day weekend.

That pre-grand final Friday holiday explains the Thursday timing according to some griping Sandgropers, who instead will be off for four days out of five, with the Queen’s Birthday public holiday (as it officially still is) falling on Monday the 26th.

Friday is the last day of school term, meaning (in theory) school is on Wednesday, off Thursday, back on Friday and then out for two weeks.

Good luck getting people productive and in the office on Friday in the west.

“Tradition, I know, sometimes can be inconvenient,” Albanese, perhaps unexpectedly finding himself having to defend the decision, said on Tuesday.

“But traditions are important. Traditions and protocols are one of the things that bind us together. And I do think that the 22nd September can be a moment that brings our nation together.”

The holiday has bipartisan support, but Liberal Senator Simon Birmigham has suggested gently that perhaps the protocols might be revisited for next time.

In the meantime, Albanese has refused even to entertain notions of this being the time to reinflate the republican balloon, to the frustration of many on the far left who say the moment is precisely now, the feelings of an elite foreign family be damned.

His discipline on this is both good manners and in step with mainstream sentiment, which is not activated by the issue and not engaged in the details of what better – or at least no worse – system might replace what we have now.

In a rollicking speech to the Australian Republican Movement’s annual dinner in 2019 – which happened to coincide with Prince Andrew’s disastrous turn on the BBC Newsnight program in which he claimed he could not be guilty of the accusations brought by Virginia Giuffre because he was “unable to sweat” – Albanese said he had planned to outline some modest, hopeful ideas.

“Then the Prince Andrew interview happened, everything changed at that moment,” he said.

“So here’s my revised speech. Congratulations everyone, we’ll become a republic next year.

“You can all just put your feet up now – you’ve all earned it.”

As PM he has created a ministry for the advancement of the republic but in this moment, he has suppressed the irreverence and parked the debate.

Amid the jibes at that ARM dinner, there was also a clear a statement of priorities, and their proper order.

“I am on the record as saying that a modern Australian republic is an idea whose time has come,” he said.

“But there are ideas whose time came even longer ago and they need to be addressed without further delay.

“Forty five times we have opened the parliament in this country without a Voice to Parliament for the First Nations of this great land. The 46th parliament should be the last in which we do that.”

Albanese is sticking to his batting order.

To avoid the disappointments of 1999, it’s essential he lays out the details, becomes explainer-in-chief, and brings the status quo with him, rather than have it consume the Voice as it did the republic.

This Turtleneck Sweater Dress Is Your Ticket to Cozy Style
Entertainment