It’s no secret that the members of the royal family have some unusual rules and protocols that they must follow. But recent photos reveal that two-year-old Prince Louis has managed to escape a rule that royal children have followed for decades. And, it is not the only difference between Prince Louis’ childhood and that of Prince George and Princess Charlotte. 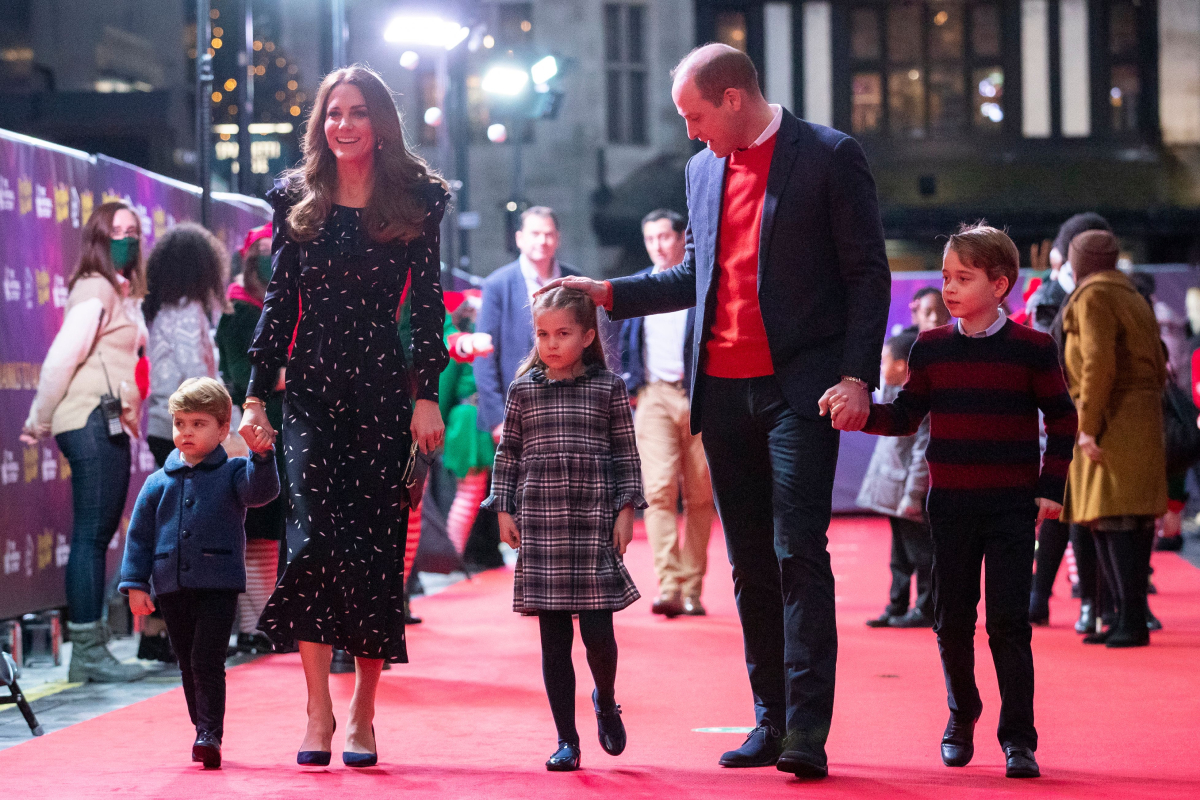 Prince Louis has lived in London his entire life

Although Prince Louis is just two years old, he’s already had a very different life compared to his older siblings – Prince George, 7, and Princess Charlotte, 5. Unlike his brother and sister, Louis has lived in London his entire life.

Currently, Prince William and Kate, Duchess of Cambridge, live at Apartment 1A in Kensington Palace with their three children. However, before 2017 they lived in two different places. According to Hello! Magazine, William and Kate lived in Anglesey — an island off the northwest coast of Wales — from 2010 to 2013.

The couple lived there when they got married because William was working as a Royal Air Force search and rescue pilot. When Prince George was born in July 2013, William transferred to the East Anglia Air Ambulance, and the family relocated to their country estate, Anmer Hall, in Norfolk.

Charlotte arrived in May 2015, and the family of four remained in Norfolk for another two years. During that time, George started attending Westacre Montessori School Nursery. However, when William left the East Anglia Air Ambulance in July 2017, the family made the permanent move to Kensington Palace just in time for George to start school at Thomas’s Battersea. Less than a year later, Prince Louis arrived in April 2018.

Even though their main residence is in London, the Cambridges have spent time at their country estate. Especially during the lockdown. When there isn’t a global pandemic, the family usually spends weekends and holidays at Anmer Hall.

In addition to living in the palace his whole life, Louis is also wearing a different wardrobe compared to other young male royals who have come before him. Recently, the two-year-old caused controversy because he wasn’t wearing shorts in two published photos. Instead, the toddler was wearing pants.

According to Woman and Home, it is a royal tradition for young male royals to wear shorts. Both Prince George and Princess Charlotte have traditionally worn “old-fashioned clothes” during their childhood. George always wore shorts until the wedding of Prince Harry and Meghan, Duchess of Sussex, in 2018. He was five at the time, and that’s when George made the transition to pants.

Etiquette expert William Hanson notes that the transition from shorts to trousers is a milestone in the British aristocracy.

“Trousers are for older boys and men, whereas shorts on young boys is one of those silent class markers that we have in England,” Hanson explained. “Although times are slowly changing, a pair of trousers on a young boy is considered quite middle class — quite suburban. And no self-respecting aristo or royal would want to be considered suburban.”

The Cambridges may have dressed their two oldest children in old-fashioned clothes, but they appear to be changing their tune with their third. William and Kate are modern royals and their relationships with their children are much different than previous generations.

For example, Queen Elizabeth and Prince Philip jetted off to Malta and left Prince Charles’ behind during his first Christmas. Charles grew up in boarding schools and was never photographed having a “real” moment with his mom and dad. Everything was always prim and proper.

That dynamic definitely changed when Princess Diana was raising William and Harry. She was much more of a hands-on mom, but she still had her sons follow royal wardrobe rules. There are many photos of William walking around in pants as a little boy while Harry is next to him in shorts.

But for Prince Louis, it appears that the days of wearing shorts and knee socks in freezing weather are behind him.