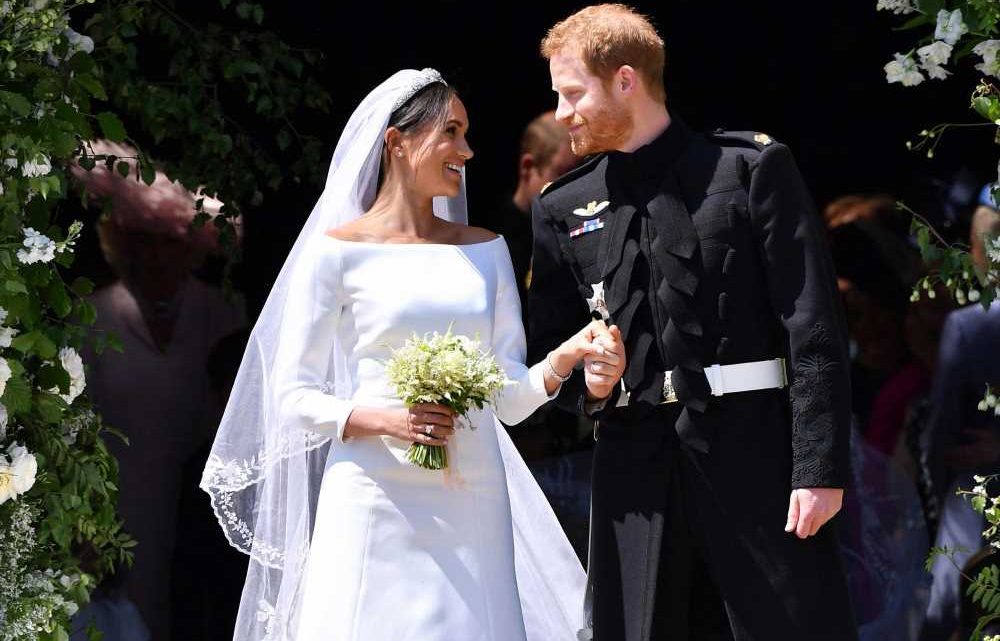 Hannity rips Prince Harry with a lesson in free speech: ‘Royal pain in the ass’

Three years down and forever to go for Prince Harry and Meghan Markle.

On Wednesday, the Duke and Duchess of Sussex received a flurry of well-wishes from fans on Twitter as they celebrated their third wedding anniversary.

“What a truly wonderful day that was. It still conjures love, hope, and magic,” one fan tweeted alongside a montage of photos from Harry and Meghan’s wedding. “May you continue to thrive, grow and live your dreams. So glad you are together. You are a bright light in our world. Stay shining.”

Harry and Meghan tied the knot in May 2018 at St George’s Chapel in Windsor Castle. Their royal nuptials were attended by George Clooney and wife Amal Clooney, Serena Williams and husband Alexis Ohanian and Oprah Winfrey, the latter of whom went on to conduct a bombshell interview with the couple three years later about their struggles with the monarchy. 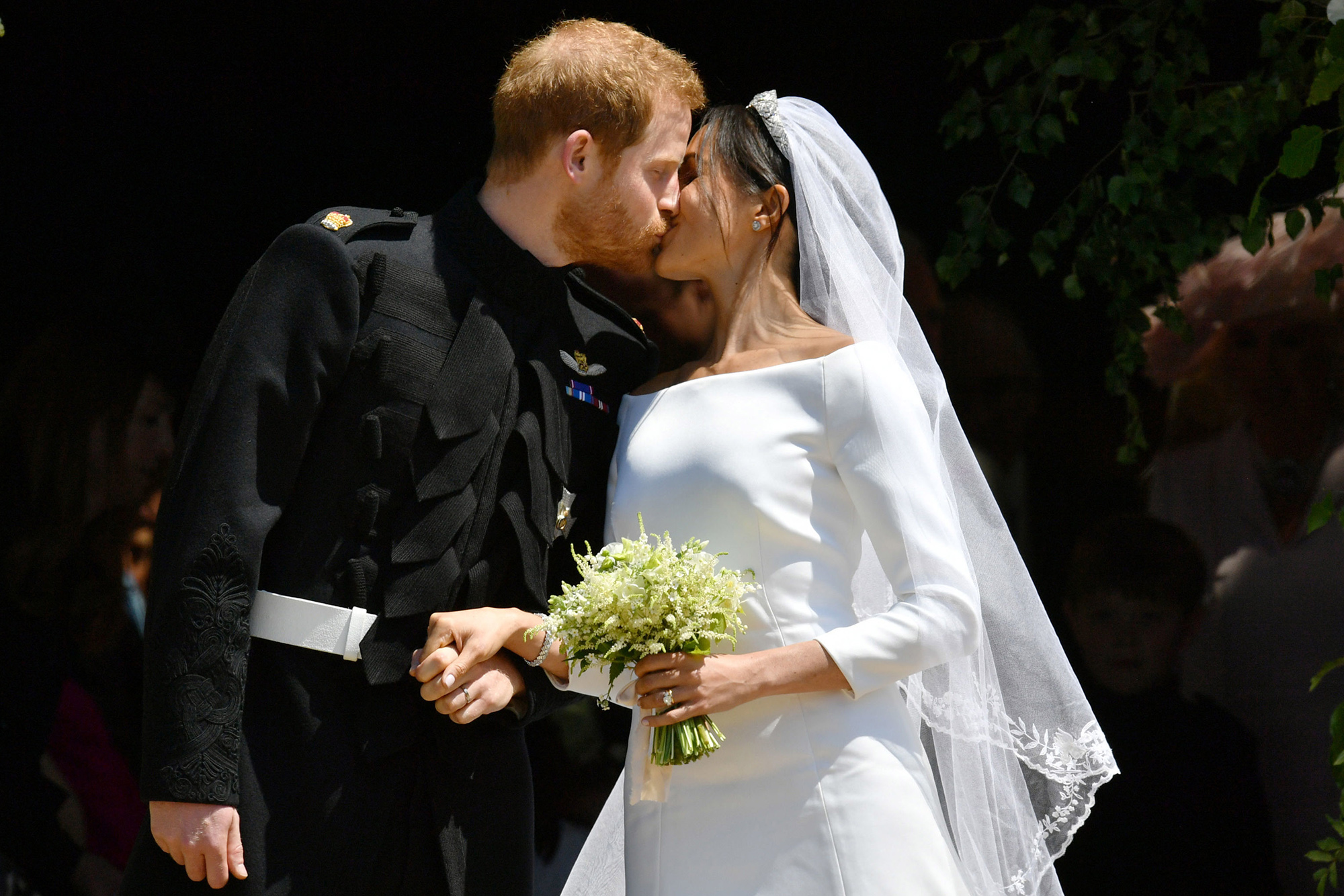 As tensions continue to grow within the royal family, many fans put the drama aside on Wednesday to celebrate the Sussexes’ anniversary as well as the imminent arrival of their second child, a baby girl.

“Happy Anniversary, Harry & Meghan!” another fan exclaimed on Twitter. “As the years get to pass, we wish that the love you have for each other increases every moment you will share together. May both be blessed with all the gifts you desire & your love grow stronger & inspire all.”

A third fan looked back on the long-sleeved gown by designer Clare Waight Keller that Meghan wore to her wedding. The “Suits” alum, now 39, switched to a halter Stella McCartney number for the reception.

“When you walked yourself up those stairs in front of the world after the painful week that you had, I knew that you were going to be a true cultural icon,” the fan posted, referencing Meghan’s estranged father, Thomas Markle, dropping out of attending and participating in the ceremony at the 11th hour. 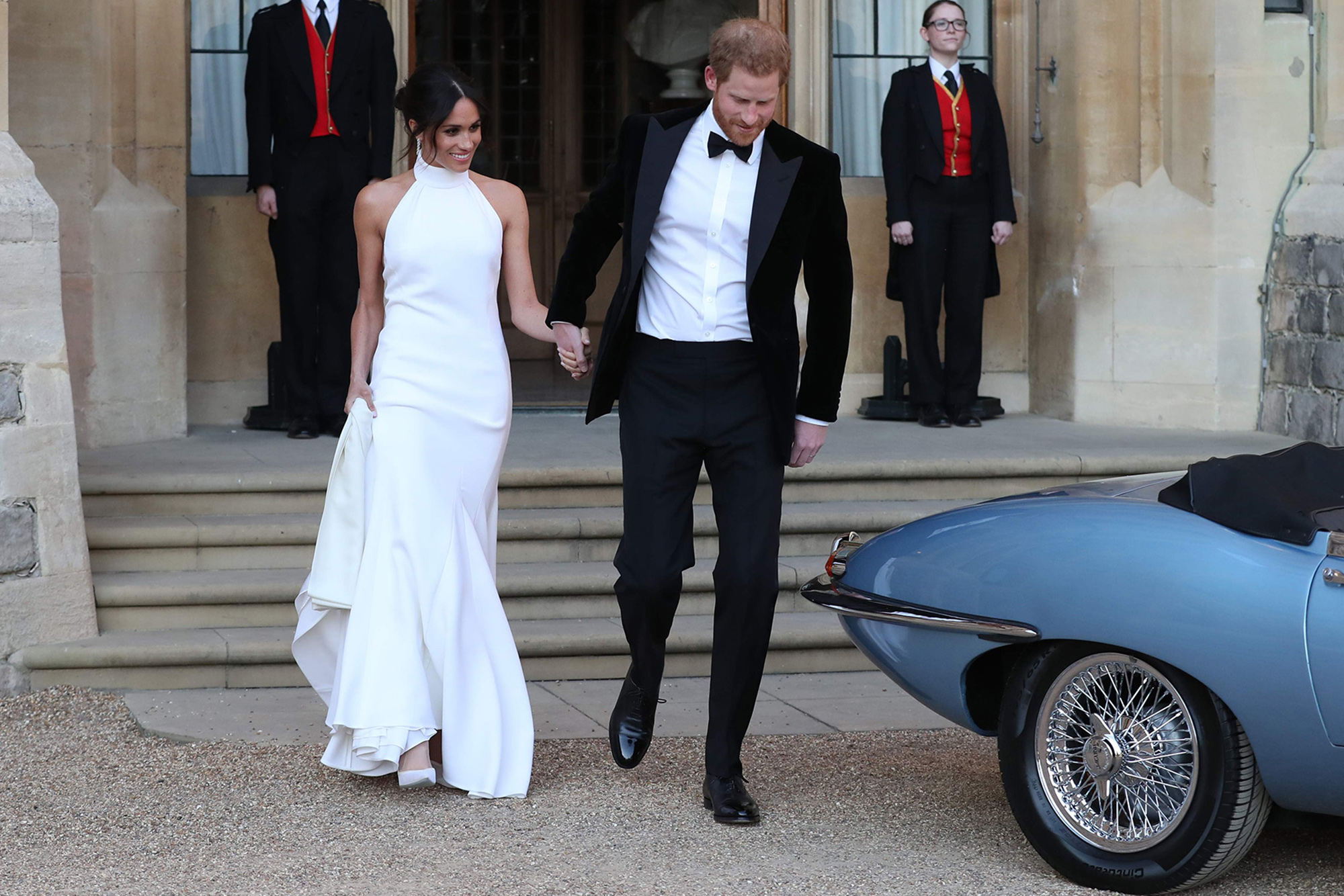 In the days leading up to the royal nuptials, former Hollywood lighting director Thomas announced that he would be skipping the affair to undergo heart surgery after being caught staging paparazzi photos of himself. Harry’s father, Prince Charles, walked Meghan down the aisle instead.

Wednesday marked a memorable day for the royal family. In addition to Harry and Meghan’s milestone, Buckingham Palace confirmed that the prince’s cousin Princess Beatrice is pregnant and is expecting her first child with her husband, Edoardo Mapelli Mozzi. 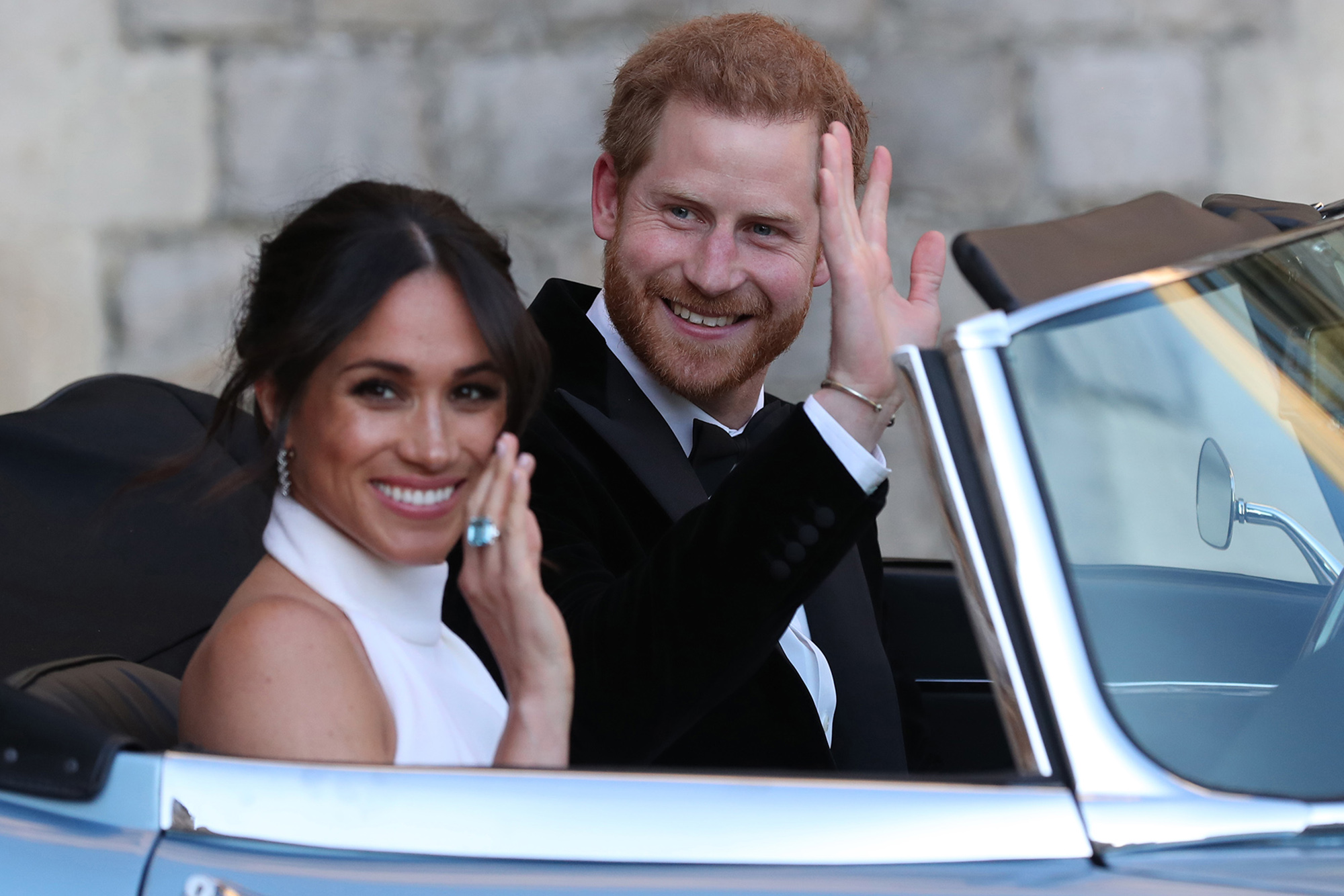 Royal watchers chirped on social media about the curious timing of the announcement, as the Sussexes were accused of stealing the spotlight from Beatrice’s sister, Princess Eugenie, when they revealed on her wedding day in October 2018 that they had a baby on the way.

“Meghan and Harry announcing their pregnancy on Eugenie’s wedding day and now Princess Beatrice announcing her pregnancy on their 3rd wedding anniversary,” one Twitter user pointed out on Wednesday.