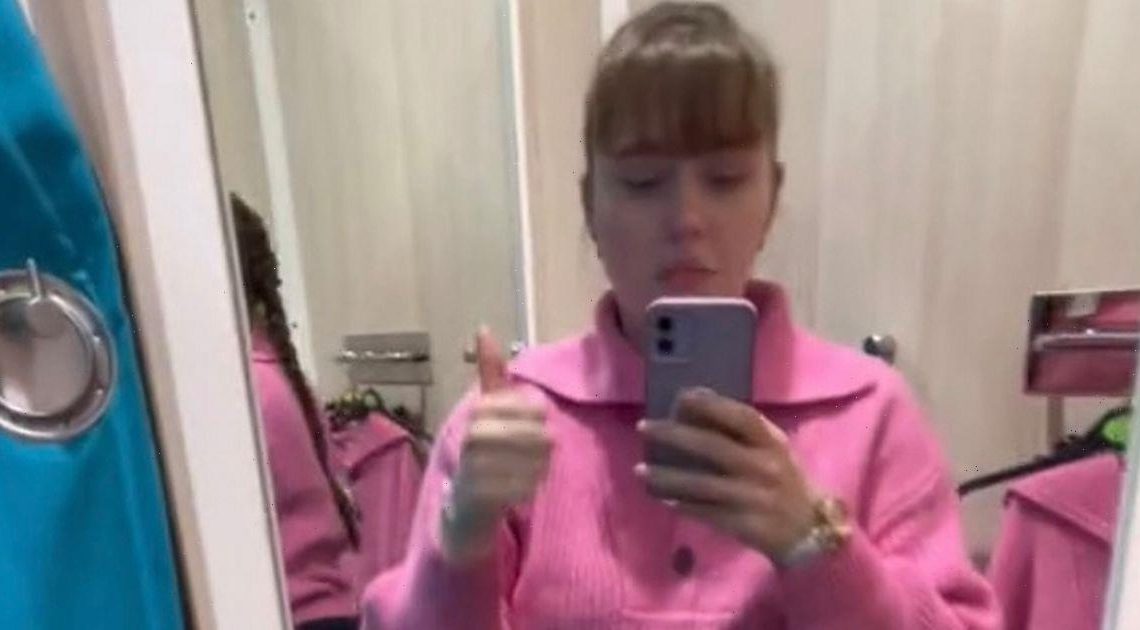 Primark shoppers have been left gobsmacked after finding out the store's changing rooms have a clever hidden feature.

TikTok user @princezzchelley revealed certain stores have extra hooks inside their changing rooms in a video, which has gained more than 16,000 likes.

But the hooks serve a completely different purpose to the standard ones, as the Primark employee explained: "Have you ever noticed these hooks in the Primark fitting room? So you can try on without worrying someone will open the curtain."

READ MORE: 'I quit my job to become stay-at-home girlfriend – he's like my son sometimes'

She then put the hooks to the test in a demonstration, using two found on the side of her changing room's door to secure the modesty curtain.

In response, shocked viewers flocked to the comments to share their amazement at the easily-missed feature.

One user said: "Never noticed." Another wrote: "I verbally gasped."

To which, the video's creator replied: "I was amazed the first time I realised, instead of constantly pulling the curtain to make sure every bit is covered."

However, there could be another reason you haven't noticed the design – as viewers were quick to suggest the feature has not been rolled out nationwide.

When one commenter noted their local store's changing rooms does not feature the hooks, the creator responded: "The one I work at doesn’t either, although it is a smaller store compared to most."

Elsewhere, she said: "I think it must be only the bigger/newer stores."

But the move could prove popular with shoppers, based on the comments. While several people suggested they prefer doors, others were impressed by the idea.

"Every fitting room should have these," read one reply. Talking of the hooks, someone else advised: "If you turn them they stay on better."

The Daily Star have approached Primark for a comment.