Prankster who takes Photoshop requests VERY literally is back

The king of Photoshop is back! Prankster who takes editing requests VERY literally releases his latest batch of hilarious creations

A Photoshop whizz known for his hilarious edits has released his latest batch of laugh-out-loud creations.

Graphic designer James Fridman, who was born in the UK but now lives in the US, has made a name for himself by taking his fans’ editing requests very literally and sharing the results on Instagram, where he boasts 1.9million followers.

His latest photo work, which was shared with Bored Panda, is typically amusing, and proves you should be careful what you wish for.

Here, FEMAIL shares a selection of the funniest examples… 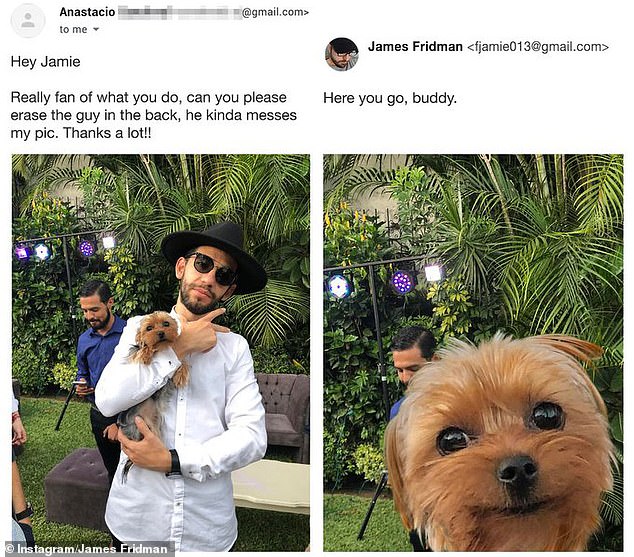 Gotcha! This man, from an unknown location, was erased from his own photo with his dog after he complained about a bystander in the background. It is the work of talented James Fridman 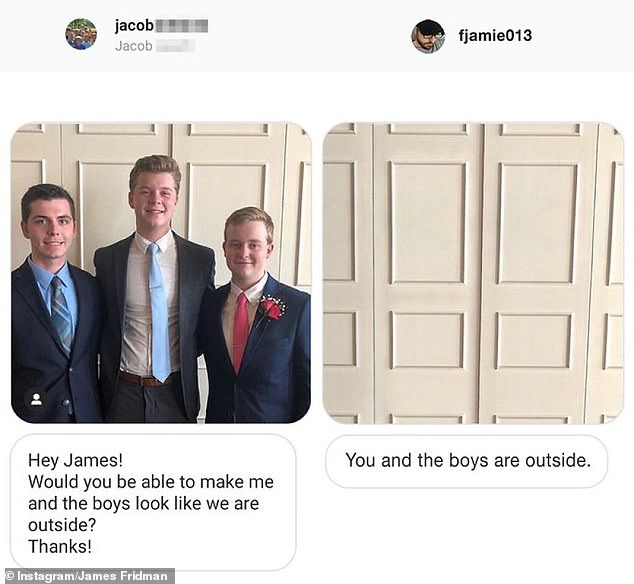 Thinking outside the box! These three young men, from an unknown location, are completely removed from their own snap after asking James to make them look like they are outside 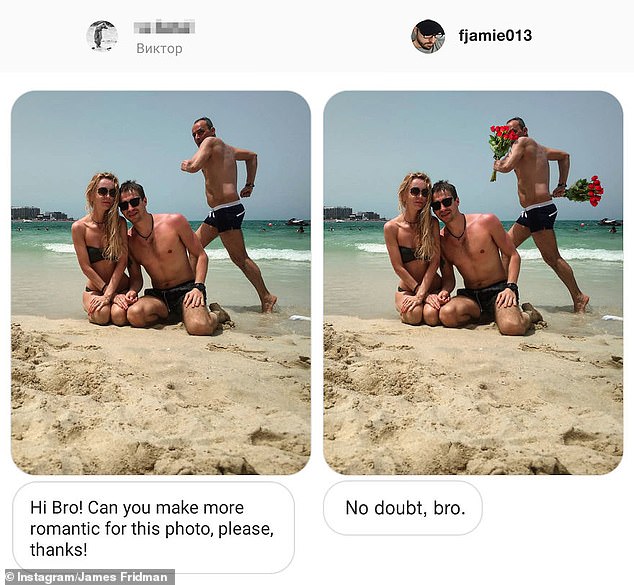 Love is in the air! This user, thought to be from Russia, wanted more romance – and got it 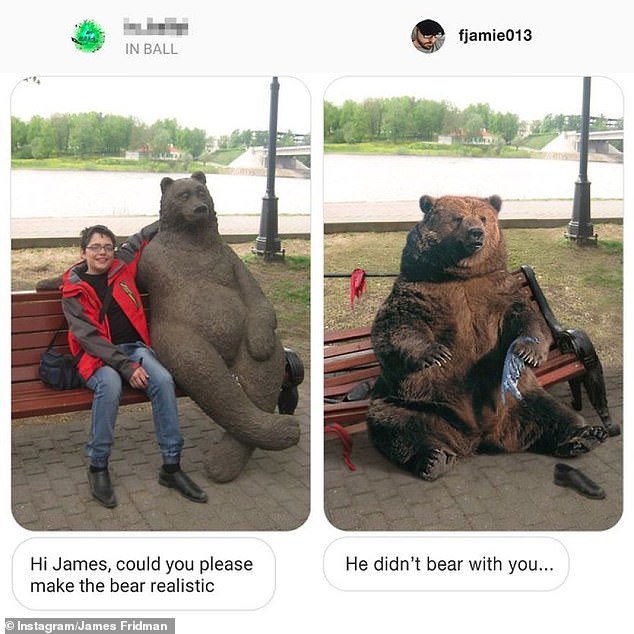 Good enough to eat! Unfortunately for the boy in this image, the real bear had other plans 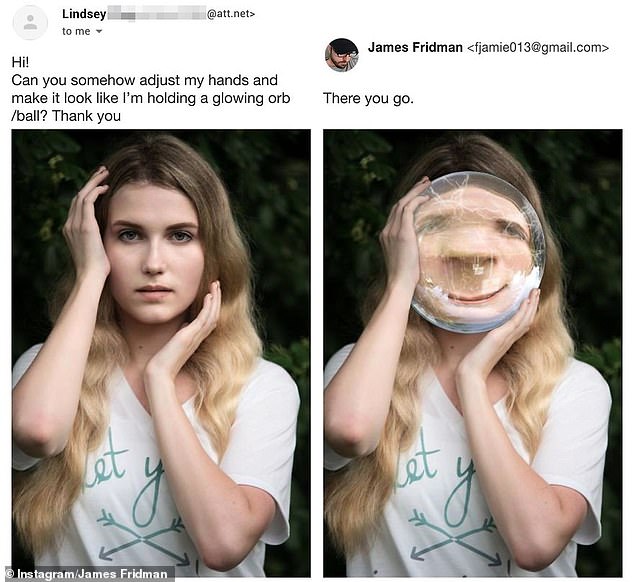 Just like magic! This woman, from an unknown location, dreamed of adding an air of mystique to her social media snap with a ‘glowing orb/ball’ but was left with one that magnified her face 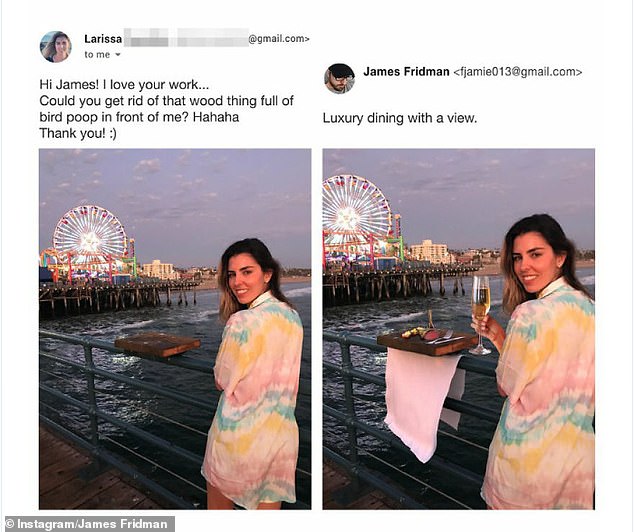 Bon appetite! This user, thought to be from the US, was treated to a fine dining experience 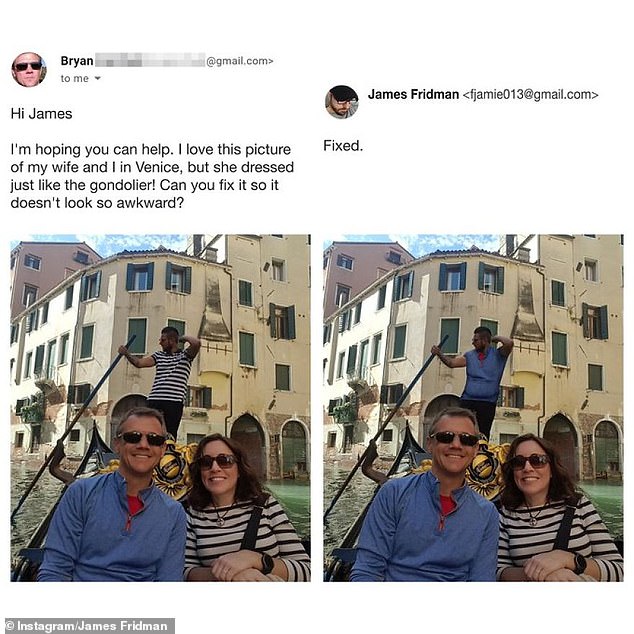 Costume change! James was able to give this Venice gondolier a fresh new outfit 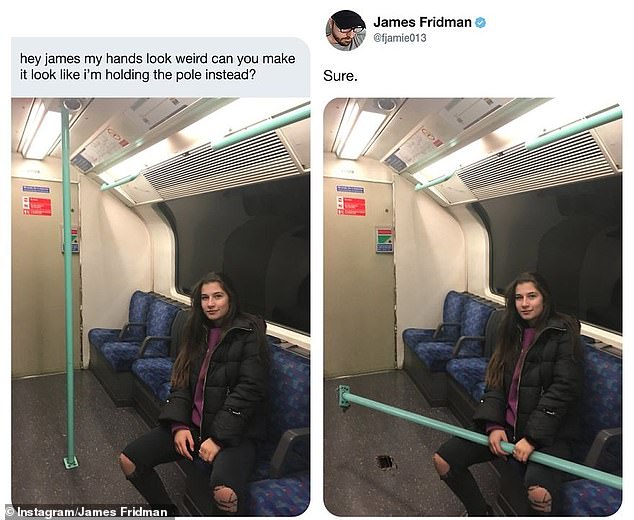 Wonder woman! This woman’s Tube ride was given a dramatic twist in this edit 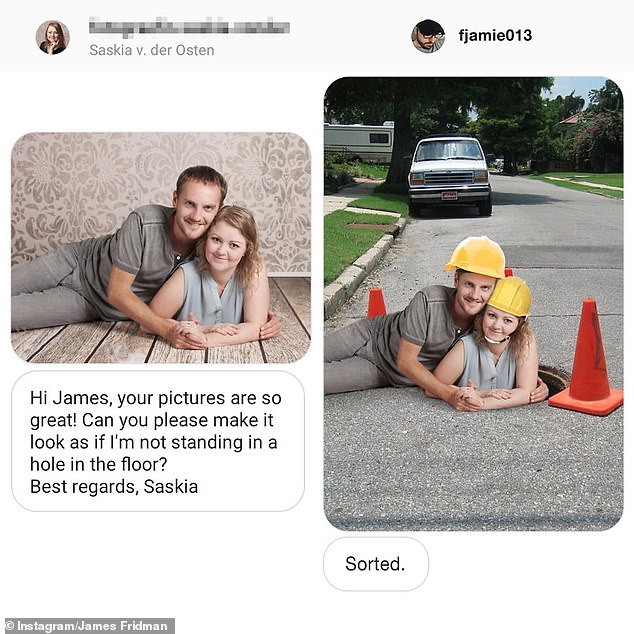 Digging a hole for herself! This woman, from an unknown location, was left stuck in the road 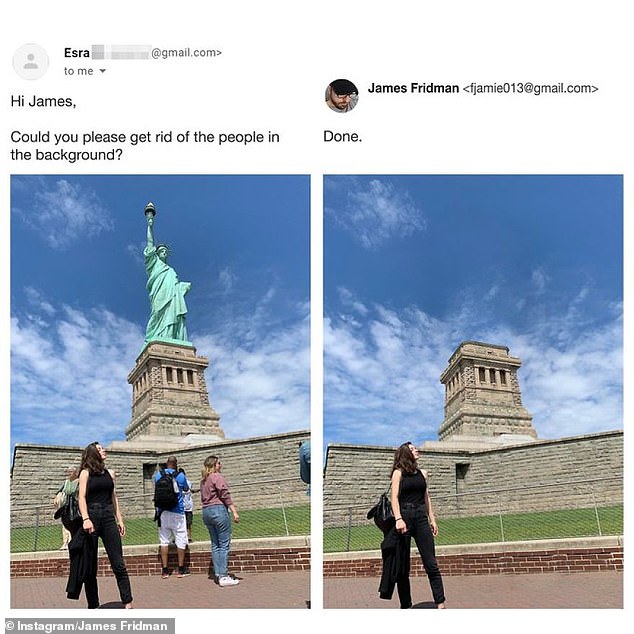 Lady Liberty! This New York tourist had her holiday snap transformed in a way she did’t expect

Beauty fans rave over B&M’s £1.99 facial cloths which remove ‘every little bit of make-up’ using nothing but water
Entertainment