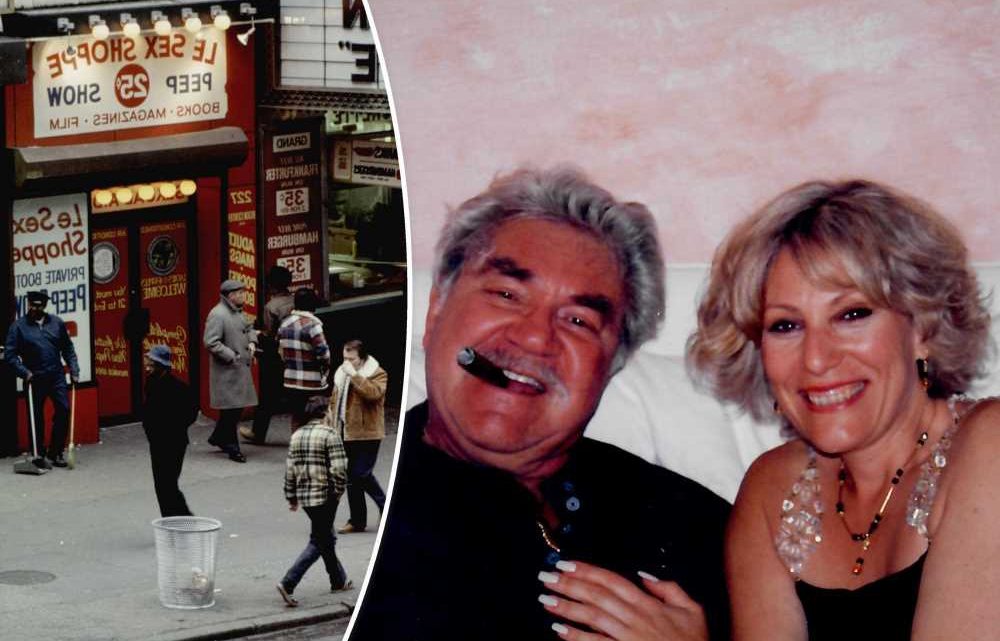 Romola Hodas is the first to admit her childhood was dysfunctional — and sometimes downright weird.

“That’s what I used to scream at them about,” Romola, 64, said in a recent interview. “I told them, ‘You’re adults. You can do what you want. Why don’t you send us kids to our friends? Why don’t you send us to a hotel? I was the oldest and trying to keep my siblings from not seeing that. I didn’t do too well.

“I asked my sister Risa, ‘Do you remember Mommy and Daddy having one of those parties and a topless waitress breastfeeding a kitten?’ She said, ‘Yeah, it was black.’ She was 12.”

The docuseries also explores the man who made Times Square the cesspool it was during that era — Romola’s father, Marty, also dubbed the “King of the Peeps.” 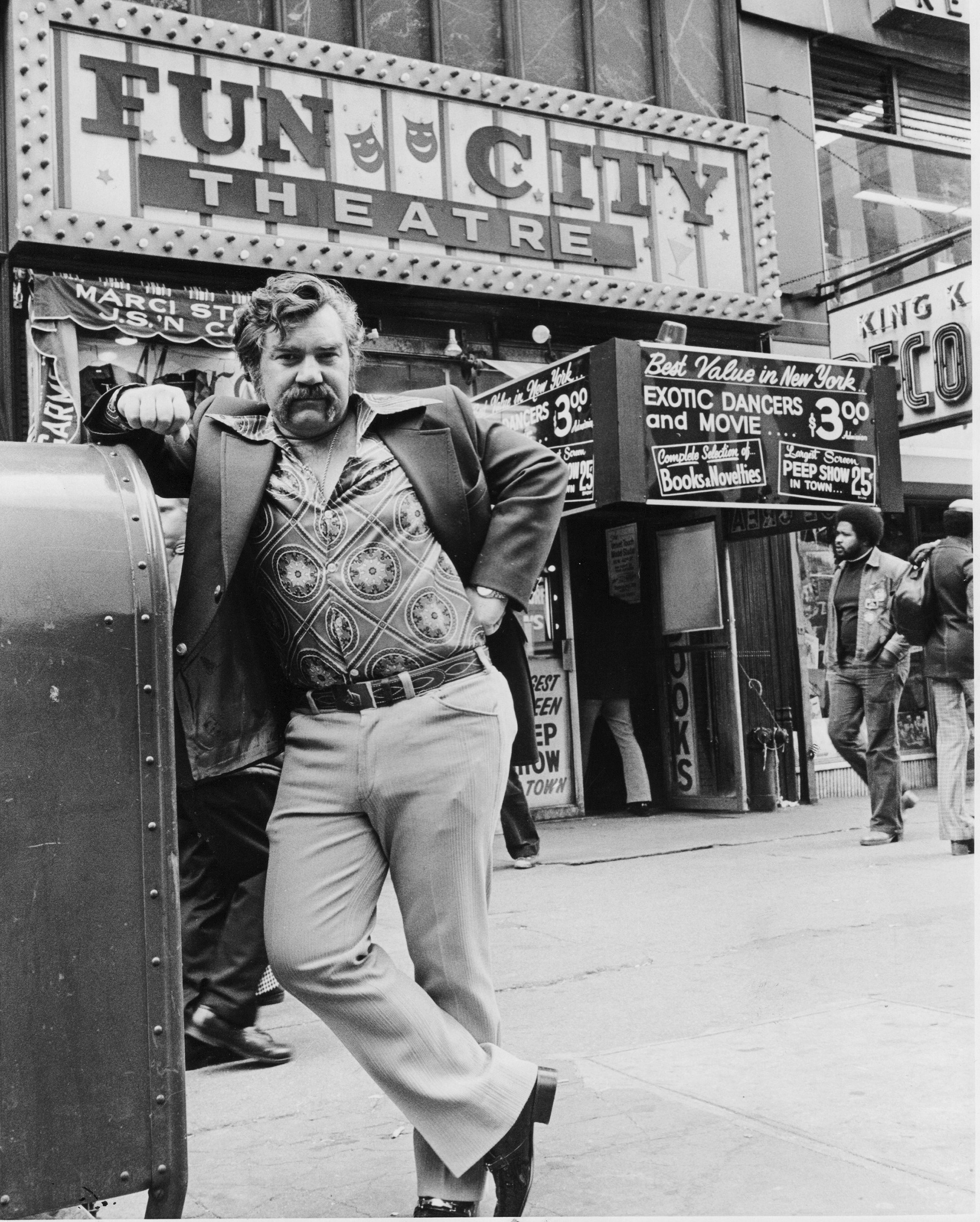 Marty was the first person to use film-loop machines to play pornography. He set them up at a bookstore in Times Square and they became an instant success. He then branched out into shooting and selling his own films and hosting live sex acts for customers.

In the 1970s, Marty was convicted of income tax invasion and spent about a year in prison. By the 1980s, with new stricter laws in effect regarding live sex acts and peep shows and the rise of the VCR, his empire began to crumble. He died in 2013 at the age of 83.

Romola scoffs when people romanticize the 42nd Street of the ’70s and complain that the area has become “Disneyfied.”

“Thank God it’s Disneyfied,” she exclaimed. “It was horrible and frightening and dangerous, really dangerous. I remember walking the streets. I almost got raped going to my father’s office.” 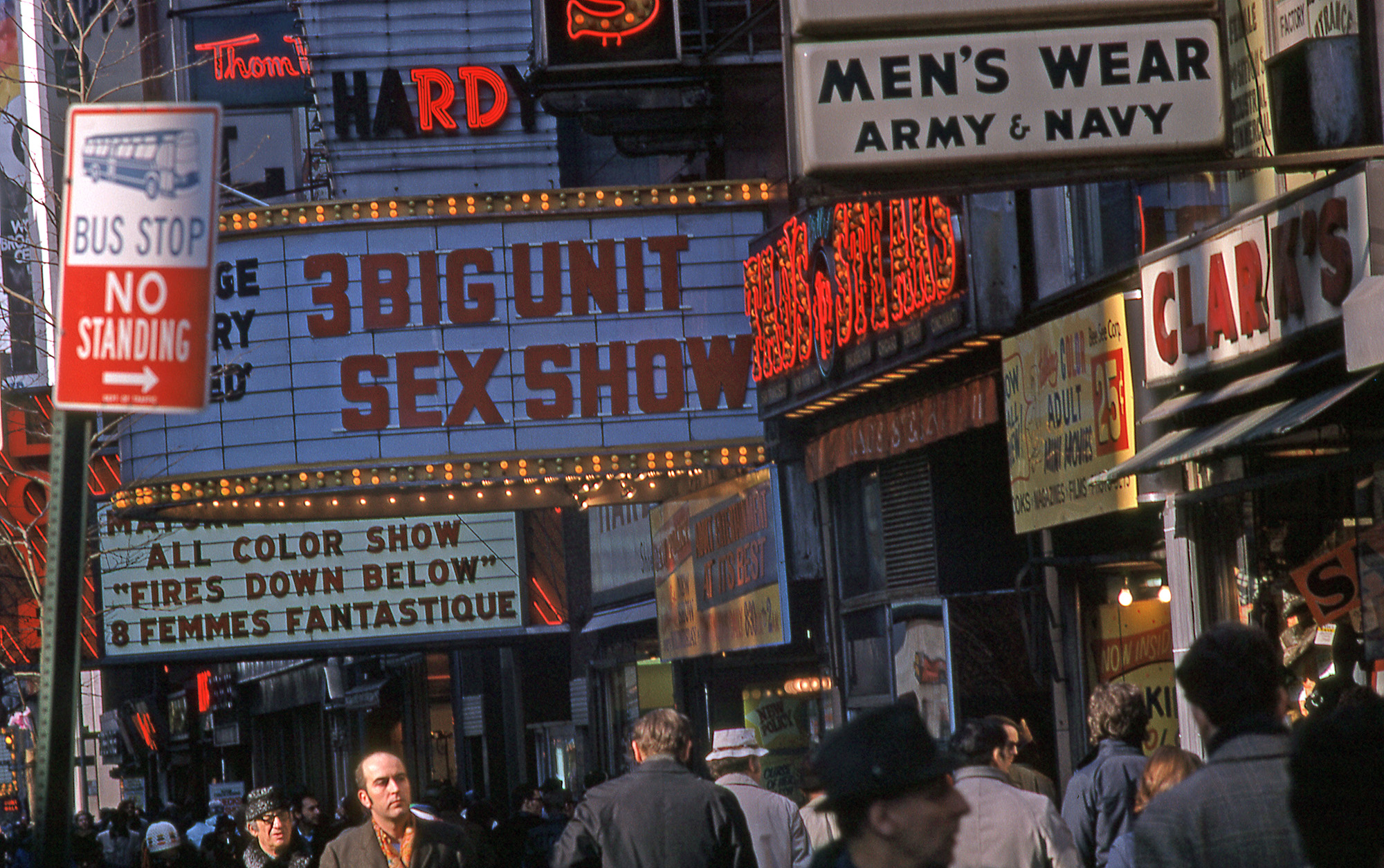 Not that things were much better at her dad’s workplace.

“I remember one time going into the office, and my father had a really big wooden desks, and he’s sitting there talking and talking, and all of a sudden, he pushes himself back, and a girl gets up from underneath the desk, looks at me and wipes her mouth and walks out,” Romola recalled.

“I was like, ‘Couldn’t you tell me to stay outside?’ It was always dirty,” she continued. “I used to say to my siblings, ‘If he was a little bit more classy, 42nd Street might have been a little more classy,’ but what did he care? He was making money whether it was classy or not.”

And Marty made a lot of money.

Romola remembers picking up her dad when he got out of prison in the mid-’70s and pleading with him to change professions.