Pete Davidson decided not to “hang up the jersey” after all.

The comedian returned to “Saturday Night Live” for its 47th season on Oct. 2 after hinting earlier this year that his tenure on the NBC sketch comedy series might be over.

“I can’t believe I’m back,” Davidson, 27, exclaimed during the Weekend Update segment with co-star Colin Jost, 39.

The live audience cheered in excitement for Davidson, who spent most of the skit poking fun at himself for the outfit he wore to this year’s Met Gala: a black dress, long white jacket, bowtie and combat boots.

“That’s a cool dress. I looked like James Bond at his quinceañera,” he joked. “I looked like if one of the Three Blind Mice sold fentanyl.”

During the skit, Davidson also found a subtle way to pay tribute to Norm Macdonald. He wore a tie dye T-shirt emblazoned with the late “SNL” star’s face on it.

Macdonald, 61, died in September after a private nine-year battle with cancer. He was a series regular on “SNL” from 1993 to 1998. 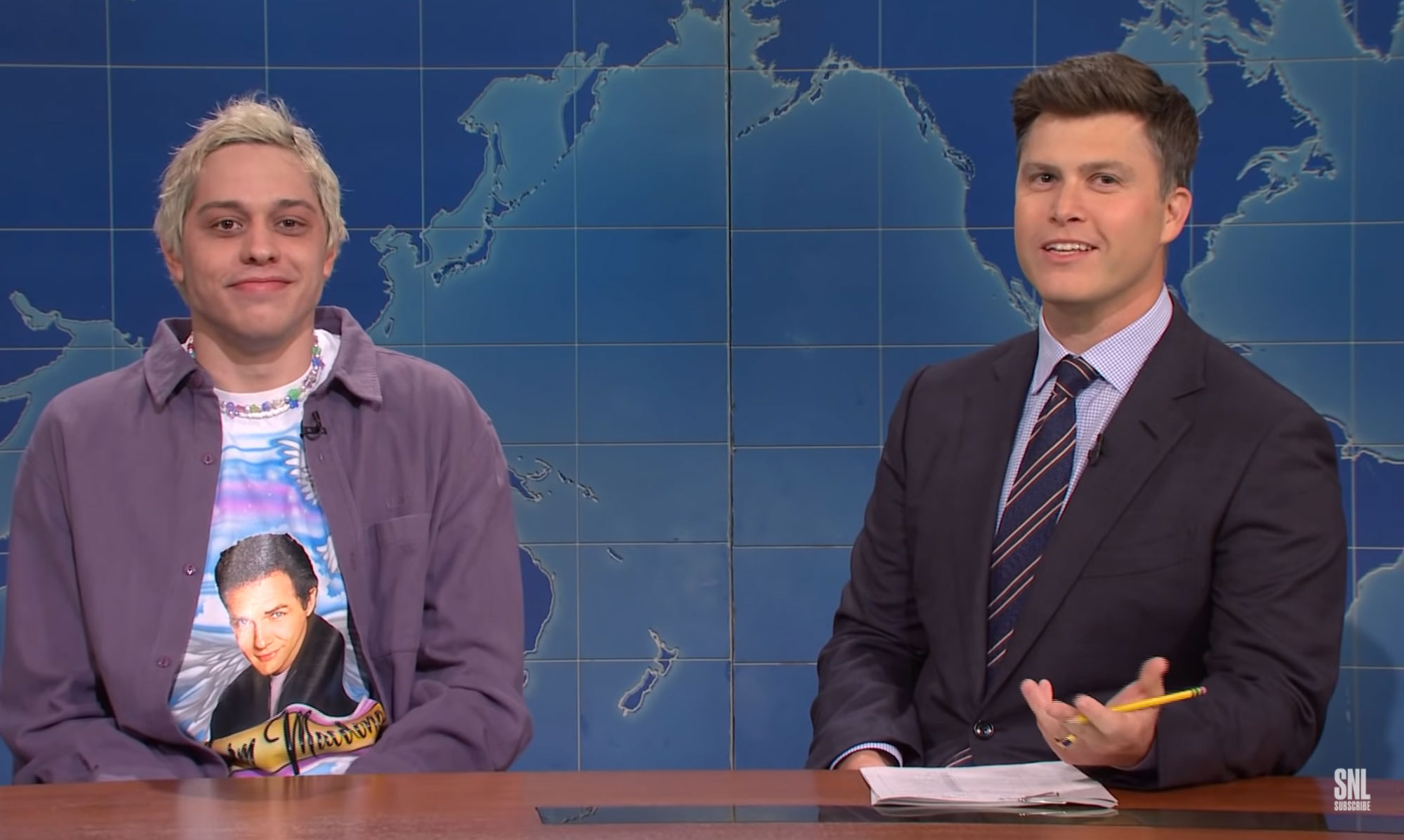 As Page Six previously reported, fans speculated that season 46 of “SNL” could have been Davidson’s last following his May interview with The Hollywood Reporter.

Rumors were fueled even more after Davidson delivered an emotional speech during the Season 46 finale.

“I’m very grateful to be here,” he said. “It’s been an honor to grow up in front of you guys.”