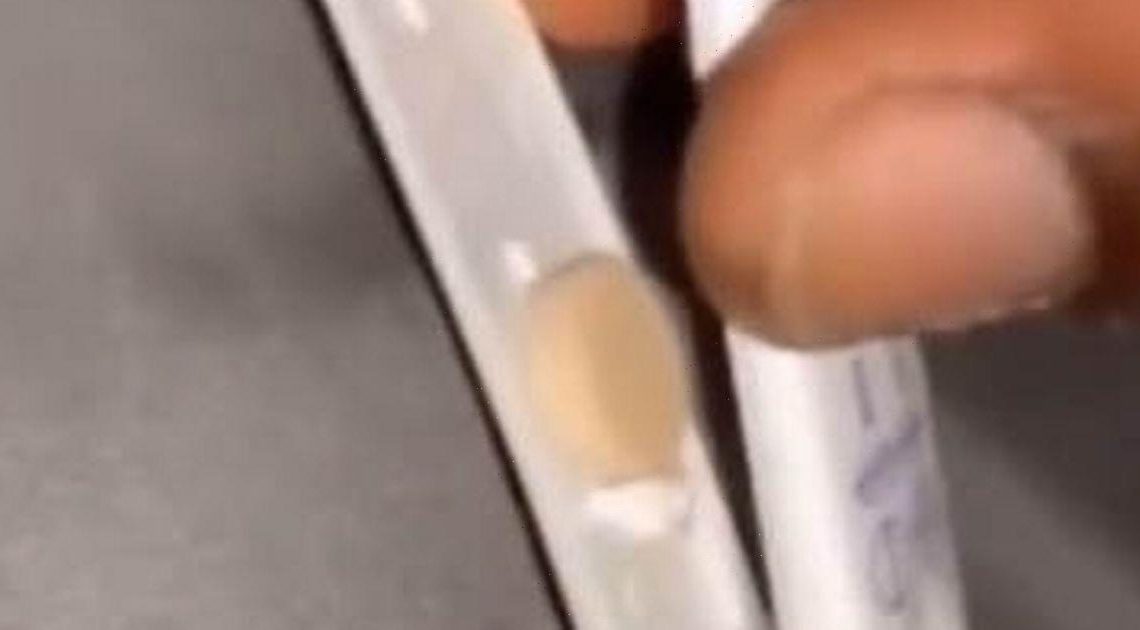 People have been warned not to eat the tablet inside pregnancy tests after a "stupid" TikTok video falsely claimed it was emergency contraception.

NHS surgeon Dr Karan Rajan explains the little disc found inside a pregnancy test is "toxic" when eaten and only used to keep it dry.

In the viral video he was responding to, someone splits their pregnancy test in half to reveal the silica pill, wronging claiming it's "Plan B" – a brand of the morning-after pill.

Dr Karan says: "Bro, no. Do not eat the tablets you find in pregnancy tests, they are not a 'Plan B' or an emergency contraceptive.

"They are a desiccant tablet used to absorb moisture to extend the shelf life of the pregnancy – similar to the little silica packets you find in shoes and bags."

Dr Karan explains this chemical is not only "toxic" when consumed but it won't prevent pregnancy either.

The video was watched more than half a million times after Dr Karan uploaded it on his own TikTok channel on Monday (April 11) and people were absolutely floored.

One user commented: "Thank god you told me that because that video made me think it was a Plan B."

"Now wondering how many people actually took them," wrote a second viewer.

A third said: "How do you even explain to a doctor that you accidentally ate a pregnancy test?"

Meanwhile, other people said it was a "cool idea" while apparently forgetting that by the time there is a positive pregnancy test it's a bit too late for emergency contraception.

Another said: "These videos are why the mixed nuts in my local Tesco have to say they contain nuts."

Someone else commented: "Let stupid ppl be stupid. But, then again, those are the very ppl that shouldn't be allowed to have kids."

Dr Karan also has a YouTube channel and an Instagram page where you can keep up to date.