Home » Lifestyle » 'People take offence at almost anything now. I'd probably be hung!' 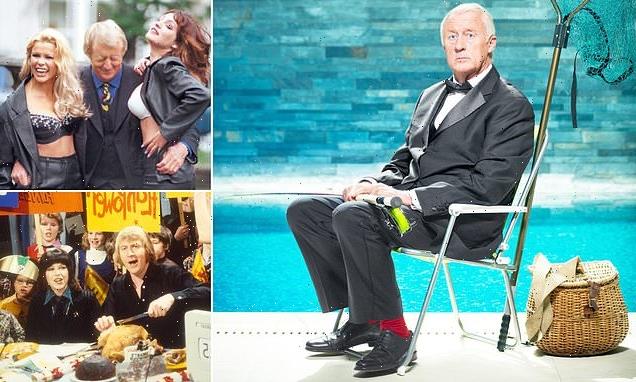 'People take offence at almost anything now. I'd probably be hung!'

‘People take offence at almost anything now. I’d probably be hung!’ He didn’t give two hoots who he upset during 50 years on TV, but Chris Tarrant tells Cole Moreton he’d be a victim of cancel culture today

Here’s a question for Chris Tarrant, king of the quiz-masters: what do you think of Jeremy Clarkson taking your job? ‘I knew you would ask me this,’ says the original host of Who Wants To Be A Millionaire? – and there’s a pause just long enough to wonder, does he want to phone a friend? ‘I haven’t watched it,’ says Tarrant. What? Seriously? ‘I know!’

He laughs at my incredulity, but surely it’s fair enough to be amazed, given that this man was in the chair for just over 15 years and his wit, style and catchphrases made Millionaire one of the most popular quizzes on television. At its height, it had 19 million viewers, and ITV said it would be axed when he stepped down in 2014.

But then it was unexpectedly given a lifeline four years ago with Clarkson – the former star of Top Gear – in the driving seat instead. 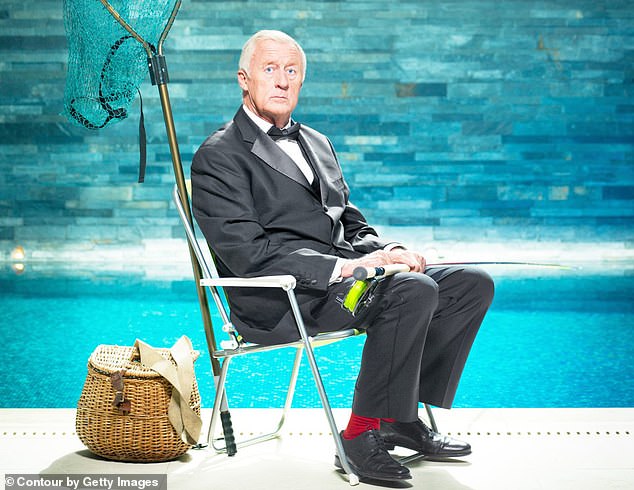 Chris Tarrant, 75, (pictured) says he only watched himself on Who Wants To Be A Millionaire twice, out of all 600 episodes

‘I had a fantastic time. It set everybody up for life. It was a monster, a brilliant format,’ says Tarrant.

But he’s adamant he has yet to see the revamped version – and he clearly has no plans to do so either. So what’s going on?

‘I made about 600 episodes of Millionaire and I only watched myself twice. I watched Judith Keppel when she won the million, that was one. I just haven’t seen Jeremy doing it.’

His obvious lack of jealousy – or even curiosity – begins to make more sense as we talk about the reasons why Tarrant, who was always so hyperactive, has slowed down at last. He still has the toothy grin, the mop of hair (albeit thinner and whiter) and a voice so full of bounce it would make Tigger feel tired – but he is 75 now.

These days he prefers fishing and playing with his grandchildren, with the occasional trip to make a documentary on things that fascinate him like trains or bears, more so than spending time in a studio.

‘I just watch Sky Sports. And a few dramas of choice. Anything with Sheridan Smith, she’s brilliant.’

He’s also been writing down stories from 50 years in TV for a new book called It’s Not A Proper Job, but they’re almost all cheerfully entertaining and he has no regrets. 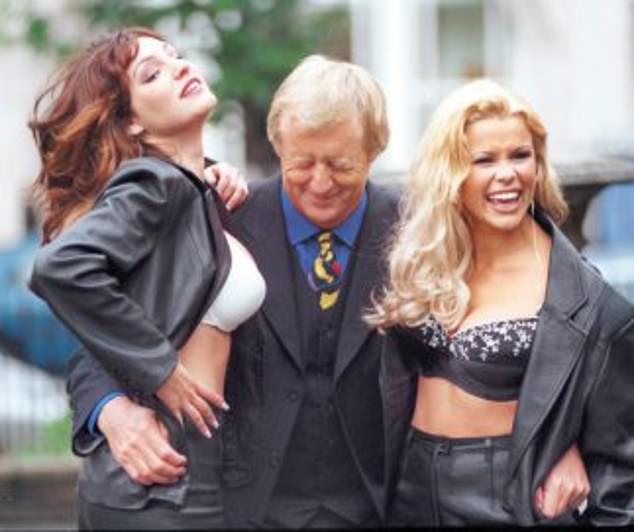 ‘I got out at the right time in terms of my health and my career,’ he says. The health bit is easy to understand, because success came at a price.

‘I worked like a dog. I would get up at five in the morning to do my Capital breakfast show, then later make one or two episodes of Millionaire into the night, getting to bed around midnight. Then I’d get up at five and do it all again.’

That does sound exhausting. ‘It was a strange time, because suddenly you’re earning like a Premiership footballer [he once said he was earning a million a year and is now thought to be worth around £20 million], but you’re working like a lunatic.

You’re at the peak of your powers, but your private life is not great. You’re not having much time with your kids.’

He had two children from his first marriage of six years, then two with his second wife Ingrid before they split in 2007 after it emerged that Chris had been having an affair.

He began dating Jane Bird the following year, and they are still together today. Even now, Ingrid feels deeply about their split; she recently declared herself ‘enraged’ to hear former Health Secretary Matt Hancock say he’d lost his job after having an affair at work because he’d fallen in love.

‘Love is being able to nip an affair in the bud, instead of letting it tear a family apart,’ she said. Chris is clearly still very happy with Jane, but does say, ‘I do feel I missed a lot of good times with the kids.’

Those performances at the height of his fame in the early Noughties were captured by Michael Sheen in the 2020 drama series Quiz, which explored how Major Charles Ingram won the million-pound jackpot but was then accused of cheating after it appeared that fellow studio member Tecwen Whittock would make a coughing noise after the correct answer was spoken by Ingram. 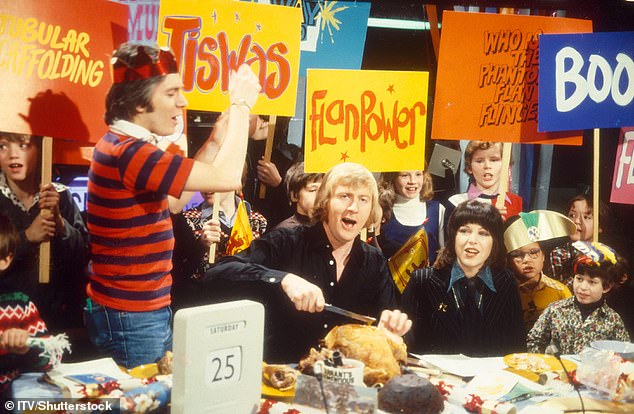 Chris Tarrant has been a mischief-maker most of his broadcasting life, perhaps most famously with the gloriously anarchic 70s kids’ show Tiswas with Sally James (pictured)

Tarrant has watched that. ‘What was extraordinary was the body language,’ says Tarrant, chuckling. ‘Michael did a bizarre thing with a leg and arm flapping – he looked like a mad duck.

Ingram and his suspected accomplices – Whittock and Ingram’s wife, Diana – were found guilty of deception by a court and I’ve heard that Tarrant thinks the drama was wrong to imply they were innocent. ‘Yes, no question.’

Tarrant announced he would be stepping down from Millionaire in 2013, but a year later something happened that made him step down from work completely for a while – he suffered a stroke on a plane while travelling back from a gruelling trip filming in Thailand.

‘That was the longest flight of my life, when I was convinced I was going to die mid-air,’ he says, having been desperate to hold on so the plane did not have to make an emergency landing.

‘If you look at the map from Bangkok to London, where would you like to put down? Iraq? Iran? Pakistan? Afghanistan? I just wanted to get to London.’

He was rushed to Charing Cross Hospital. ‘I was bloody lucky. I had a fantastic consultant who pumped me full of drugs. It was really scary.’

There followed six months of physiotherapy and speech therapy. ‘I definitely had that dropped-side-of-the-mouth thing for a while.

‘I was slobbering a bit. They make you do all these weird facial movements and lots of sounds. A fly on the wall would’ve been laughing a lot, but the therapists were amazing.’

Having had time to recover, does he feel like he paid for success with his health? ‘Probably. Yeah. But I lived like I always had, whether I was working or not.

‘When I was a student, I didn’t sleep much and drank like a fish. But I’ve calmed down a lot. I feel pretty good.

‘Jane looks after the food and I don’t eat the crap I used to. I certainly don’t drink the amount I used to. I was very rarely drunk, but it was a prop, I suppose. I definitely drank too much whisky for too long.’ 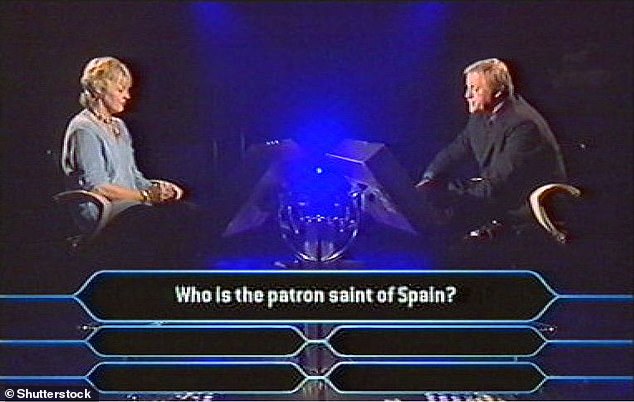 Chris pictured on the set of Who Wants To Be A Millionaire. He is adamant that he is yet to see the revamped version

Tarrant no longer drinks whisky at all, but he laments one big change in his industry. ‘There are no bars in television studios now. They were places for talented people to meet. So many great ideas for shows came out of those bars.’

Something else makes him glad to have stepped back – the need to watch what you say on air. Cancel culture rules, and just one mistake at the microphone can end a career.

‘I honestly think we had the best of it. A lot of people are frightened of their own shadow now,’ he says. His son Toby is a presenter on Radio X and his stepdaughter Fia has a show on Heart.

‘They do seem to be constantly having to look over their shoulders and worry about what they say.’ The woke keyboard warriors of Twitter are waiting to pounce on anyone who says something they don’t like.

‘The old troupers like me and Terry Wogan or Kenny Everett didn’t think very hard about who we might possibly offend,’ he says.

‘I was never effing and blinding, but there was the odd thing you might have said which, these days, you’d be thinking, ‘Oh God, who have I upset now?’

‘You can’t do 20 years on live, very busy, early-morning radio without slipping up and upsetting somebody at some point. And there are people taking offence now about almost anything.’

Chris Tarrant has been a mischief-maker most of his broadcasting life, perhaps most famously with the gloriously anarchic 70s kids’ show Tiswas with Sally James and Lenny Henry. And he’d do things like start talking about the Bible on Capital just to get a reaction.

‘The switchboard was jammed with people complaining about blasphemy.’ What would happen if he did that now? ‘I’d probably be hung.’

No wonder he prefers to do things like cruise the Caribbean with Jane, although a trip earlier this year ended in disaster. ‘The cruise was great, except the ship had Covid on board.

‘They were all tucked down on the fifth deck, a sort of lepers’ colony,’ he says. ‘Then the cruise company went bust.

‘We weren’t allowed into Miami because they owed $2.5 million in petrol. We were floating around the Bahamas for three days. Eventually we got off on some godforsaken island and made our way home.’

He still hasn’t lost his get-up-andgo, though. ‘When I do find things I want to do, I throw myself into them.’

So later this year, he will go to Alaska for a close encounter with some dangerous beasts.

‘I’m obsessed with bears. The grizzlies up there are so big, yet if you treat them with respect, they will get within six or eight feet of you.’ That must be terrifying. ‘You just stand very still and don’t move.’

He enjoys moving at his own pace now, which explains why he’s not that bothered about Clarkson.

‘I see the kids and grandkids a lot now,’ he says. They visit him in Bucklebury, Berkshire. ‘I’ve got a big old house with lots of land, so the little grandkids love running about.

‘There are swimming pools and woods and a massive treehouse. They love it. And I love them,’ he says, happily. ‘I’m just loving life, really.’