Kathy Hilton once called security when Nicky borrowed her diamonds

Paris Hilton knows how to splurge in style.

While the “Cooking With Paris” star, 40, has a closet full of designer duds, she revealed her “biggest splurge” to date is a pink custom-made Hermès Birkin bag.

Hilton gave fans a glimpse into her extensive wardrobe Thursday for an Elle closet tour, recounting her most memorable — and expensive — outfits and accessories.

“For my biggest splurge, this is a custom-made Birkin bag,” she said, holding up the rare Rose Tyrien-colored purse. “I love Hermès, and I love this bag.

“If I was a bag, this would be me,” the entrepreneur and DJ added of the design, which is covered in “over 60,000 Swarovski crystals.”

The coveted carryall filled a long-empty space in her closet, as a group of teenagers known as the Bling Ring robbed 20 of her Birkin bags in 2008.

“Since the Bling Ring broke into my house and stole my Birkin collection, I had been searching for this rare Rose Tyrien-colored Birkin,” she told Purse Blog in 2018, revealing she “finally found it” at Privé Porter, a leading reseller of Hermés bags in Miami. 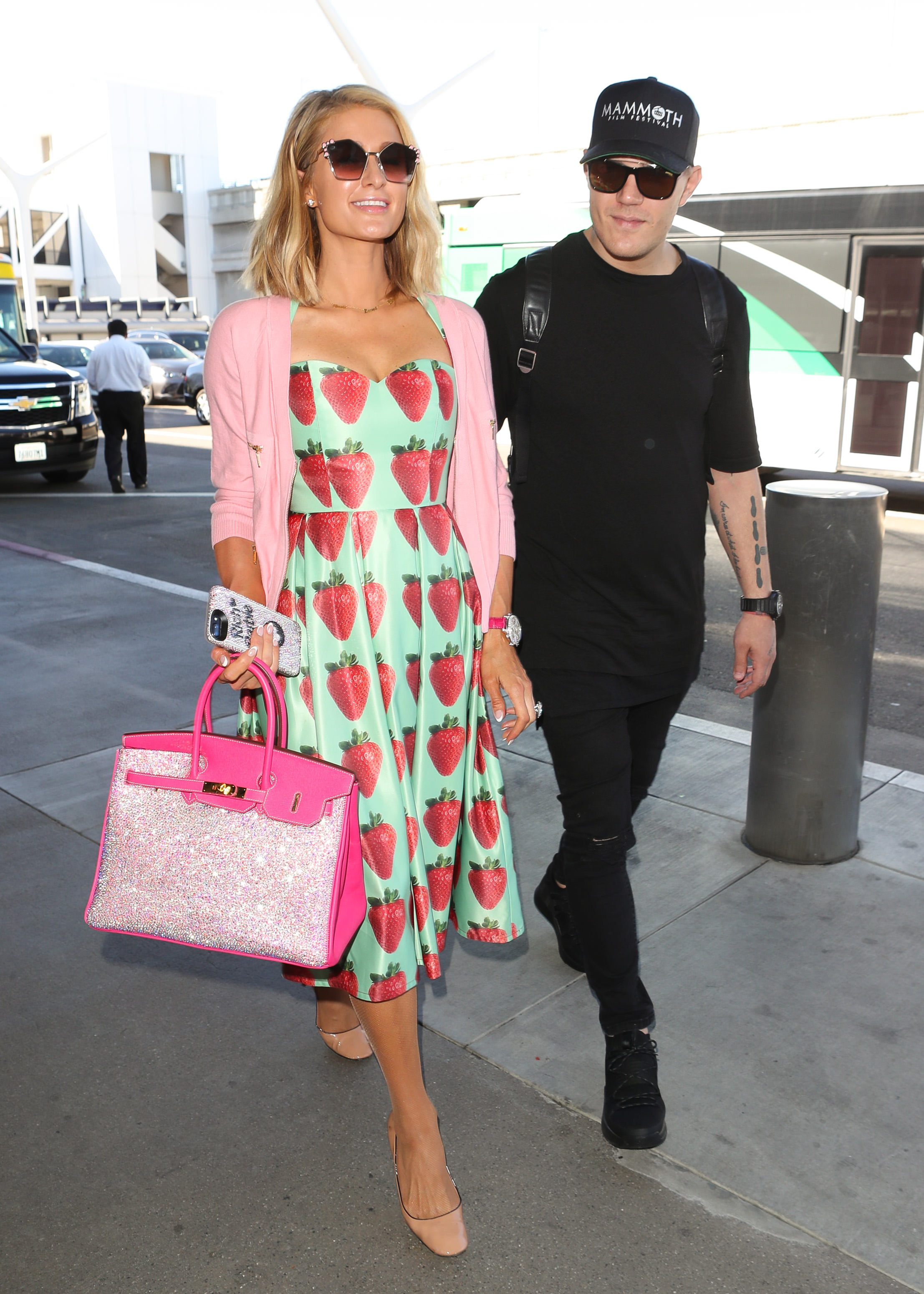 Michelle Berk, founder of Privé Porter, told the outlet that the bag includes five different sizes of crystals, all applied by a female craftsman.

The piece now holds a place in Hilton’s wardrobe along with iconic outfits ranging from her “ode” to Britney Spears’ “Toxic” outfit to the white dress she wore when her fiancé, Carter Reum, proposed in February.

And while it may be her biggest splurge, the rare design is far from the only Birkin she’s toting these days. The star went on another Privé Porter shopping spree in March, even treating her chihuahua Diamond to her own $5,500 Hermés Kelly bag.