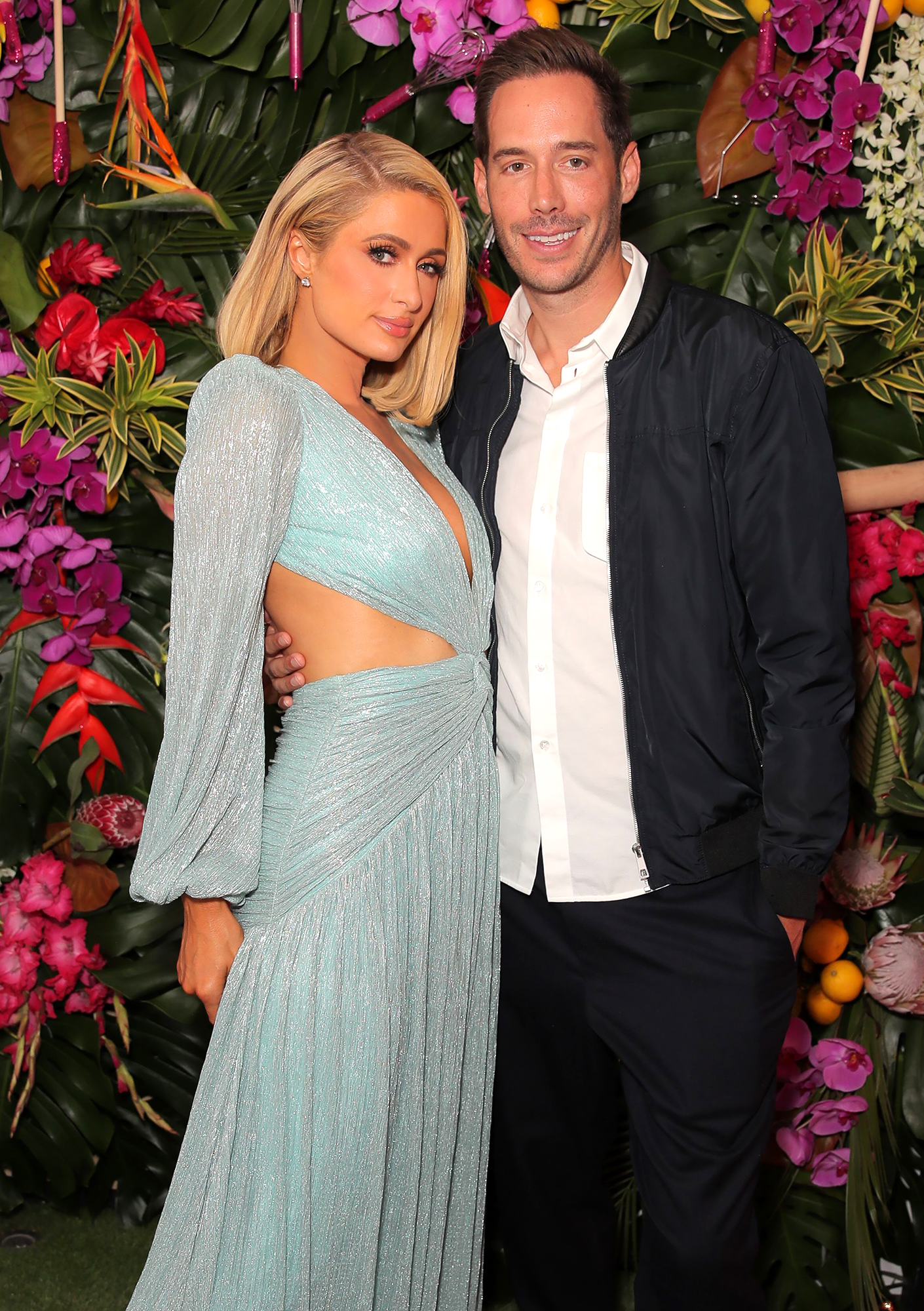 Ready to say “I do!” Paris Hilton was spotted in New York City with her beau, Carter Reum. As they celebrated their upcoming wedding, an insider exclusively reveals they’re happier than ever.

The Cooking With Paris host and the businessman, both 40, appeared to celebrate their upcoming wedding with an intimate party on Saturday, September 11, into the wee hours on Sunday, September 12, at Zero Bond in Lower Manhattan.

“It was in the back room,” the insider tells Us. “It was a small, intimate party with their close friends.”

It might not have been an official engagement party, but the DJ was definitely celebrating her impending fall wedding.

Celebrity Engagements of 2021: Stars Who Got Engaged This Year

“She seemed very excited about getting married,” the source added. “They were affectionate, and it’s obvious she’s very in love and very happy. The song ‘Celebration’ came on and she grabbed the mic and was singing along.”

The Simple Life alum shared a photo from the weekend soiree via her Instagram Story. She wore a sparkling silver dress as she and Reum posed with a graphic that said, “Engaged AF. #ForeverHiltonReum.”

Days earlier, Hilton confirmed that the duo’s big day was happening “very soon” and that she already found her dream outfit for the nuptials, which will be filmed for her next project.

“Yes, I have the dress,” she told Entertainment Tonight on Thursday, September 16. “The wedding is very soon, [in] a few weeks. We are filming it for my new show.”

Hilton previously teased that the festivities would be a three-day long celebration with multiple outfit changes.

“It’s gonna be like a three-day affair. We have a lot happening,” she revealed on The Tonight Show With Jimmy Fallon in August. “Lots of dresses, probably 10. I love outfit changes,” she explained, noting that although her wardrobe could be described as “high maintenance,” she’s “not a bridezilla — at all.”

She added at the time, “I just feel like for my documentary, This Is Paris, it ended in a way in which, you know, it was amazing, but I just feel like I wanted my fans to see that I found my Prince Charming and happy fairytale ending.”

Reum proposed to the socialite in February after one year of dating.

“When you find your soulmate, you don’t just know it. You feel it,” the reality TV personality captioned engagement photos via Instagram at the time. “My love and I have been together since our first date and for my birthday, he arranged a special trip to tropical paradise. As we walked to dinner along the beach, Carter led us to a cabana adorned with flowers and dropped to one knee. I said yes, yes to forever. There’s no one I’d rather spend forever with.”

Before the pair’s engagement, the podcast host gushed over her relationship with the businessman, calling him her “dream guy” via Instagram.

“Happy 13 Month Anniversary my love! You make me feel like I’m in a Disney Fairytale. I love being your Princess! 👸🏼 ,” she captioned a snap of the pair in December 2020. “Never in my wildest dreams could I have ever dreamed up a love so perfect and special! You are truly my dream come true! My dream guy forever and I’m so happy and grateful that I was custom-made for you and you for me. ⚡️🤴🏻👸🏼⚡️.”

She continued in her post, “Ever since the moment we locked eyes, I knew there was something special about you. And then when we had our electric kisses on the tennis court I saw that I was exactly right! I will always be so grateful that I went to the Hamptons for Thanksgiving. I know for a fact this all happened for a reason. I love everything about you and everything you have done for me.”

Us Weekly previously confirmed that the “Come Alive” crooner was dating the VEEV Spirits cofounder in January 2020, after a source told Us that they were “extremely serious.”