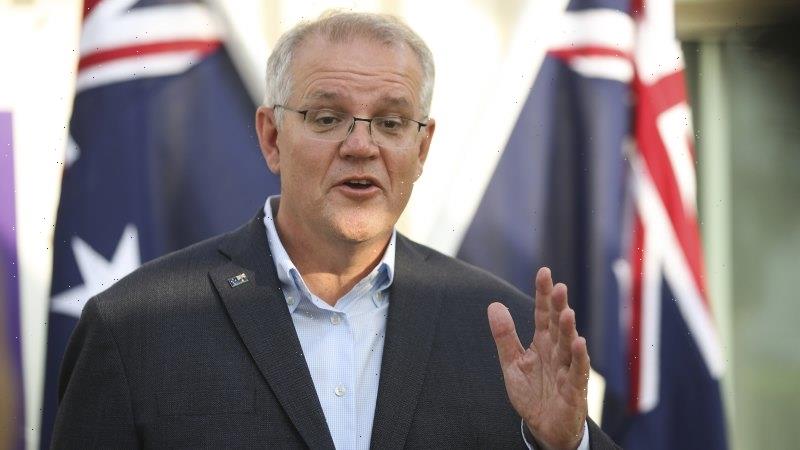 Unlike his backbenchers and frontbenchers, journalists are not obliged to dive into the swamp to try to rescue the Prime Minister when they know his own words and deeds have plunged them all into a foul mess.

A few in the media choose to do it willingly, eagerly, either in hope of reward, out of fear of punishment or because it’s all part of the bribery and blackmail transactional play that occurs between reporters and their subjects which often ends in tears for one or the other or both. Or they do it because they lean more to one side than the other. That leads into a swamp too. 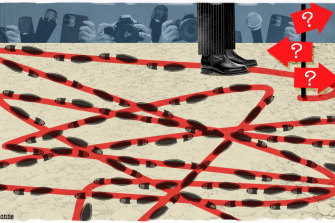 Most journos simply do their jobs, asking difficult questions of powerful people then reporting what they say regardless of whether it is helpful or not. That is what happened last week in Rome when the ABC’s Andrew Probyn, assisted by Pablo Vinales from SBS, intercepted then steered Emmanuel Macron to an impromptu doorstop with Australian media. They asked Macron a number of pertinent questions, then Bevan Shields from this masthead got the killer line, “I don’t think, I know” when he asked the French President if he thought Scott Morrison had lied to him.

Those words will forever brand the Prime Minister, but then in a judgment clouded by anger and arrogance, Morrison and his staff struck on a brilliant idea to retaliate by leaking a private text message from the President, spinning it to say it was Macron who was lying, not him. Morrison broke accepted protocols to prove nothing except that if an opponent goes low and wounds him, he will go lower, guaranteeing the leak and the leaker became the story.

Morrison responded with one of his dizzying pivots to seek refuge in patriotism. This from a government that refused to allow Australians to return home during the Delta outbreak in India, threatening to jail them if they dared try, then sought to reignite the culture wars by complaining schools were failing to teach kids how good it is to be Australian.

Morrison was desperate to shift the focus from his trustworthiness and judgment to a debate about whether the media and Labor sided with France against Australia. Asked on Newcastle radio 2HD on Monday if his image had been tarnished by his sojourn, Morrison persisted with a re-writing of recent history. “Well, Labor always sort of sticks up for people who have a crack at Australia.”

Morrison’s career has been built on self-ghosting. He vanishes an old personality, or an inconvenient event, only to emerge reborn soon after with no regard for, or acknowledgement of, whatever has preceded.

A prime example. Campaigning on April 7, 2019, he said then opposition leader Bill Shorten wanted to “end the weekend” by forcing Australians to buy electric vehicles that could not tow their trailers or boats to their favourite holiday spot, unlike their SUVs, which they should kiss goodbye.

Then on Tuesday, surrounded by furiously nodding vulnerable Liberal MPs, sounding like he could do with a battery recharge after garbling out “Anthony Albany”, Morrison denied he had opposed EVs, said it was a Labor lie, and announced an electric vehicle policy. Yesterday never happened.

Risking their own credibility, Morrison’s ministers and MPs have dutifully defended every U-turn, but it has been especially excruciating watching them squirming under questioning about his leaking of Macron’s text message, which they know was wrong, whatever the provocation, because if Macron was a target so was everyone. Maybe even them.

Finance Minister Simon Birmingham struck on a tried and true strategy by blaming the whole sorry mess on journalists. It wasn’t part of a grand plan, but it worked a treat shifting the debate from questions about Morrison’s inappropriate conduct to whether journalists had behaved contrary to the national interest by asking Macron inappropriate questions.

Birmingham said it once on ABC’s Radio National at 7.45am. Realising it was a personal rather than a political mistake, by 9.20am he was walking it back on his regular Sky spot.

All the nonsense about that and about lefties picking on Morrison or siding with France brought back memories of Paul Keating, who could be both brilliant and bad, calling the Malaysian prime minister, Mahathir Mohamad, a “recalcitrant”. At least that was spontaneous – not a pre-meditated strike – for which he subsequently apologised.

Prompted by a story in The New York Times, Ten Network’s bureau chief Paul Bongiorno had asked Keating about Mahathir’s absence from the 1993 Seattle APEC summit.

“APEC is bigger than all of us – Australia, the US and Malaysia and Dr Mahathir and any other recalcitrant,” Keating said, hugely irritated by the question and by Mahathir “thumbing his nose” at the summit.

On the press bus on the way back to the hotel, I borrowed the fixed phone next to the driver and filed to a copytaker just in time for the front page of the last edition. No mobiles, no laptops, so the whole bus, including Keating’s press minders, heard me dictating how the Australian prime minister had attacked a prickly foreign leader.

Later the PMO complained to other journalists that it was my fault the story had taken off because it had set the tone for the subsequent reporting. As if Bongiorno and Laurie Oakes needed me to point them towards the story.

When all else fails, blame the media. Like Morrison seeking to belittle journalists by wrongly accusing them of taking selfies with Macron. Or like one of his senior staff, quoted by Nick Tabakoff in Monday’s Media Diary in The Australian, dropping sly hints about what happens to journos who fail to toe the line. “Those who complained loudest were the ones who didn’t get the leak,” he said. Put it another way. Those who complain or criticise don’t get the leaks. A crude technique, often effective, until it blows up in your face.

The Opinion newsletter is a weekly wrap of views that will challenge, champion and inform. Sign up here.