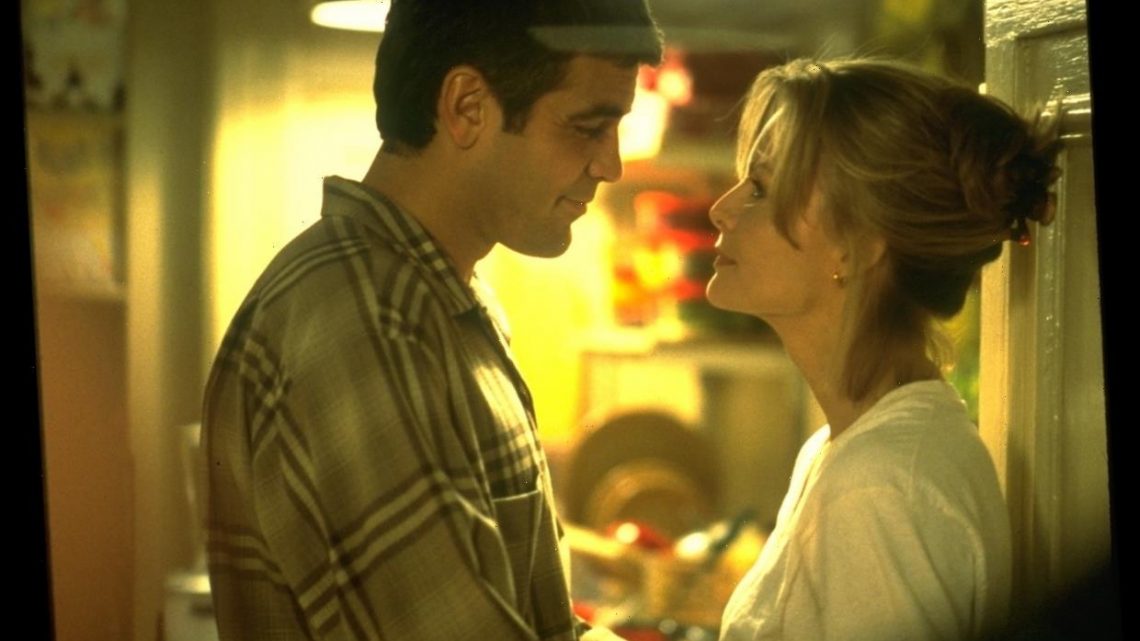 One Fine Day hasn’t exactly earned its place in the pantheon of all-time greatest romantic comedies. However, the 1996 film — which stars Michelle Pfeiffer and George Clooney — has developed a solid fan base over the years. With the movie celebrating its 25th anniversary in 2021, its stars came together to discuss its legacy. And in the process, Clooney and Pfeiffer revealed the surprising details of their first meeting. 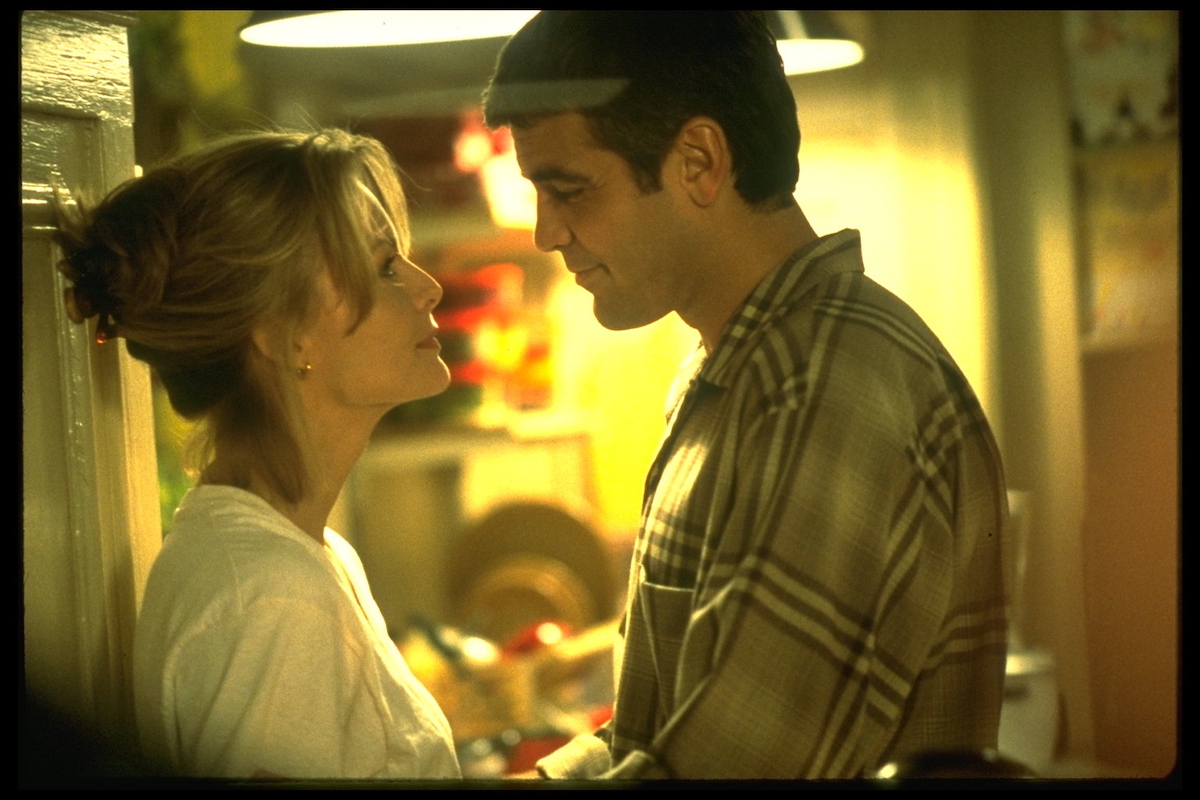 With One Fine Day hit theaters, Pfeiffer was already an A-list star. But Clooney was, for the most part, an unproven big-screen talent. In fact, he had never made a major studio movie. But Clooney had become a breakout star of NBC drama ER. And so the actor seemed prime for a future as a romantic leading man. Clooney eventually evolved into one of Hollywood’s most influential stars.

Prior to teaming with Pfeiffer, Clooney had appeared on TV shows and in a few low-budget horror films. Perhaps most notably, he appeared in 1988’s Return of the Killer Tomatoes. And just a few months before One Fine Day, he landed his first star turn in From Dusk Till Dawn. Directed by Robert Rodriguez and written by Quentin Tarantino, Clooney plays a bank robber who runs into supernatural forces.

Pfeiffer and Clooney might have shared palpable on-screen chemistry in One Fine Day. But the two actors met more than a decade before they reported to the set. And in a recent installment of Variety’s Actors on Actors series, Clooney reminded Pfeiffer of the first time they crossed paths. After Pfeiffer calls out the fact they haven’t seen each other since their movie’s premiere, that is.

“I think that was a plan of yours, actually. That’s called the restraining order. I met you in 1982 when I was dating your sister, Dedee. You were living in Santa Monica, and she was living above the garage. I remember because it was so exciting watching your career take off. All of a sudden it was Scarface and Ladyhawke. I just remember thinking I met someone whose career had just exploded. And you were the last person I ever had to audition for, for One Fine Day.”

Although they were dating in 1982, Dedee Pfeiffer and Clooney later co-starred in a 1989 direct-to-video horror film titled Red Surf. That same year, Clooney married actor Talia Balsam. Then he went on to be one of Hollywood’s most famous bachelors for decades until tying the know with Amal Alamuddin in 2014.

Despite Pfeiffer’s star power and Clooney’s ER fame, One Fine Day was a box office disappointment. Released on Dec. 20, 1996, the holiday weekend didn’t pan out for the film. One Fine Day — which features one of Mae Whitman’s earliest roles — earned just $46 million at the box office.

At the time, critics gave the movie mixed reviews, and audiences more or less shrugged at its release. However, One Fine Day has found an audience over the years, especially as Clooney’s career has exploded. Fans of romantic comedies have finally come around on the movie.

Here’s How To Stream BLACKPINK’s ‘The Show,’ So You Don’t Miss Rosé’s Solo Debut