Home » Lifestyle » ‘Not fair to Zoe’: Teals back away from state push in Brighton, Caulfield, Sandringham

‘Not fair to Zoe’: Teals back away from state push in Brighton, Caulfield, Sandringham

The community independent group that spearheaded the teals’ victory in the federal seat of Goldstein has decided not to support candidates in nearby Victorian seats of Brighton, Caulfield and Sandringham at the state election.

Community independent activist groups have begun searching for candidates in the seats of Kew and Hawthorn, which are within independent Monique Ryan’s seat of Kooyong. 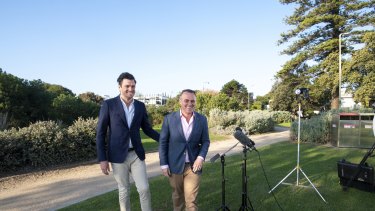 But state Liberal MPs in and around independent Zoe Daniel’s seat, where local activists had been mulling their involvement in the state election for months, will likely be spared a challenge.

Voices of Goldstein held an annual general meeting on Wednesday night and voted to wind down the public activity of the group for at least the remainder of 2022. “We are Voices of Goldstein, not Voices of Brighton”, a motion paper for the meeting stated.

“Even if we were to distance ourselves from Zoe, in order to conduct such campaigns, we would inevitably be associated with her in people’s minds.”

“It would not be fair to Zoe, and could risk compromising her work as Goldstein’s independent representative, if we were to embark on a new campaign.” 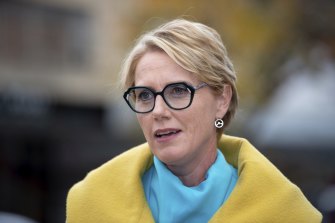 Federal member for Goldstein Zoe Daniel on the day after the federal election.Credit:Penny Stephens

However, the same document said any members of the Voices of Goldstein group who wanted to run in the state election should form a different group with a new name and purpose.

Climate and integrity-focussed community independents won six seats off the Liberal Party across Australia, including two in inner Melbourne. Their success spurred a conversation about whether the Liberal Party can ever win these seats back, and state MPs in demographically similar seats have been worried that funding vehicle Climate 200 may back independents to challenge them.

It is unclear if the teals’ momentum can translate into state politics, where political debate is geared towards bread-and-butter themes such as health and public transport rather than more values-based issues of climate change and women’s rights.

Voices of Goldstein’s public advocacy and social media will be suspended “in deference to Zoe’s team establishing itself as the vehicle of communication between the voters of Goldstein and their parliamentary representative,” according to the motion paper.

The seat of Caulfield is held by a margin of about 200 votes and Labor is preparing a strong ground campaign to defeat Liberal deputy leader David Southwick.

Brighton is held by Liberal frontbencher James Newbury, who narrowly defeated Labor in 2018 and has since been pursuing progressive social and environmental policies inside the Coalition.

Sandringham is held on a margin of less than 1 per cent by up-and-coming MP Brad Rowswell.

Figures associated with the campaign to defeat Josh Frydenberg in Kooyong this week began searching for candidates to run in Kew (held by the Liberal Party) and Hawthorn (held by Labor). The groups posting ads are called “Hawthorn independents” and “Kew independents”.

Activists associated with “Voices of” groups across Victoria are considering running candidates in state seats such as Bulleen (held by Liberal leader Matthew Guy), Nepean, Hastings and Mornington.

Labor could also be threatened by teals in Hawthorn, Box Hill, Ashwood and Nepean, where members of local “Voices of” community activist groups confirmed they were seeking feedback about running candidates.