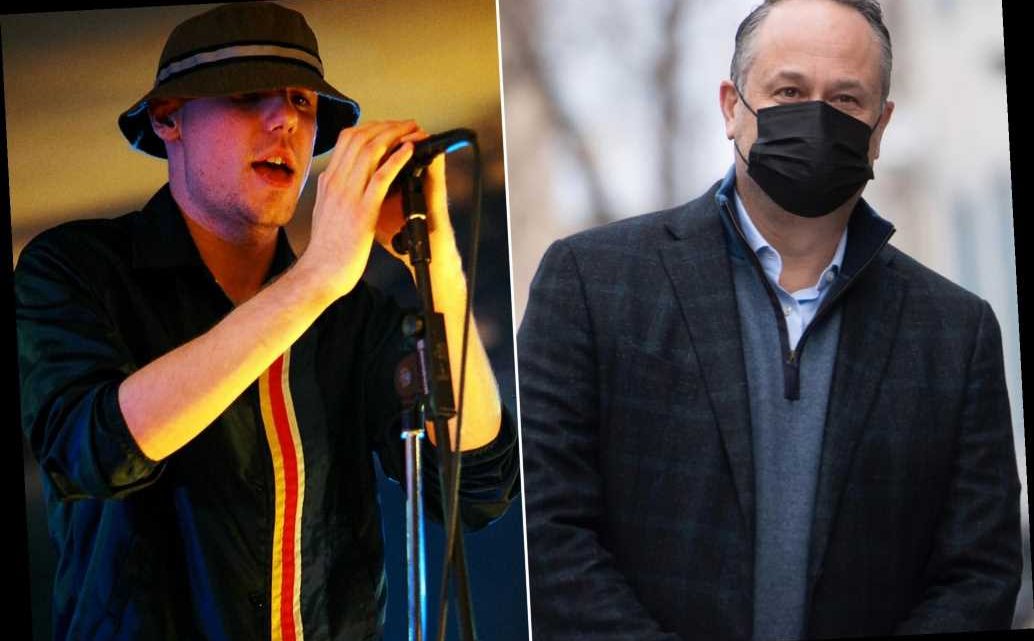 Boiling point: US Capitol partly evacuated, locked down over nearby fire

Armed demonstrations unfold in statehouses ahead of Inauguration Day

A hopeful anthem from the ’90s is making a patriotic return.

The New Radicals will perform their 1998 hit “You Get What You Give” as part of a virtual “Parade Across America” celebrating the inauguration of President-elect Joe Biden this week, Rolling Stone reported.

The name-dropping, vaguely political one-hit-wonder was Doug Emhoff’s walk-on song during campaign rallies for his wife, VP-elect Kamala Harris, and Biden. As of Monday afternoon, it was also a trending topic on Twitter.

Now, the band, which wrote the song in the midst of Y2K fever but broke up shortly after its release, says it’ll be honored to come back together for the first time in more than 20 years to perform the song.

“If there’s one thing on Earth that would possibly make us get the band together, if only for a day, it is the hope that our song could be even the tiniest beacon of light in such a dark time,” frontman Gregg Alexander said in a statement to Rolling Stone.

“America knows in its heart that things will get bright again with a new administration and a real plan for vaccines on the way,” Alexander said. “That’s the message of the song… this world is gonna pull through.”

The song also has an emotional connection for Biden, who said in his autobiography that it was the “theme song” for his late son Beau during his battle with cancer.

“During breakfast, Beau would often make me listen to what I thought was his theme song, ‘You Get What You Give’ by the New Radicals,” Biden wrote. “Even though Beau never stopped fighting and his will to live was stronger than most – I think he knew that this day might come. The words to the song are: ‘This whole damn world can fall apart. You’ll be OK, follow your heart.’ ”

Lyrics also cover everything from the phony world of celebrities to the ominousness scientific advancements of animal cloning.

In response to the song, Manson told MTV’s Kurt Loder that he would “crack his skull open” if he saw Alexander. The metal icon took issue with Alexander using Manson’s name in the same sentence as Courtney Love, with whom he was feuding.

But most ’90s music lovers will remember the song’s more hopeful message, especially in light of a tumultuous 2020: “Don’t give up, you’ve got a reason to live / Can’t forget, we only get what we give.”

The New Radicals’ reunion will be the final act at the inauguration virtual parade on Jan. 20, following the swearing-in ceremony at 11 a.m. EST. The virtual event will replace the traditional walk down Pennsylvania Avenue. The parade will begin around 3:15 p.m. EST and will be streamed online.

In addition, a star-studded inauguration special will be hosted by Tom Hanks and will include performances from Bruce Springsteen, Foo Fighters, John Legend, Justin Timberlake, Demi Lovato, Bon Jovi, Ant Clemons and others. Lady Gaga will perform “The Star Spangled Banner” right after Biden and Harris are sworn in.