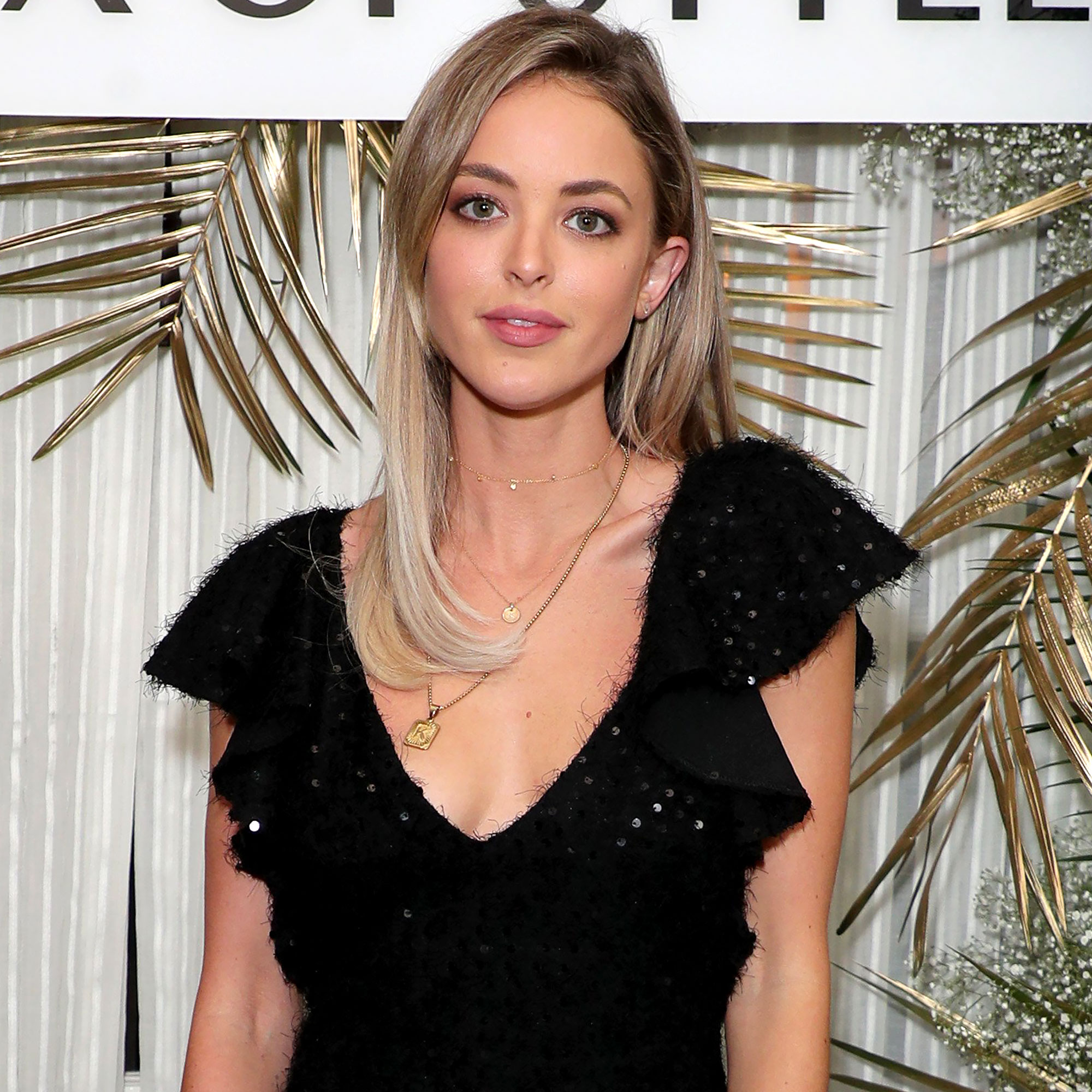 Her choice. Kaitlynn Carter put haters in their place amid negative comments about her New Year’s Eve outfit.

The Hills: New Beginnings star, 33, wore a low-cut black and white YSL jumpsuit to a celebration in Texas. After some slammed her look, she posted a lengthy Instagram caption in defense of her ensemble.

“I’ve always read about women being criticized for their choices once they’d become mothers, but this is my first personal experience with it,” Carter, who welcomed son Rowan with boyfriend Kristopher Brock in September 2021, wrote on Tuesday, January 4. “Over the course of my time on Instagram, I’ve worn a number of ‘revealing’ outfits, and no one’s been concerned. All of sudden NOW it’s so shocking! It’s very sad to me that that’s the world we’re living in. You’re expected to dress one way pre-children and another way post.”

Celebs Clap Back at the Parenting Police

The reality star went on to explain that the outfit allowed her to reclaim her style after giving birth.

“One of my greatest fears in becoming a mother was that I’d lose who I was before. As it turns out, I’m almost exactly the same (with the addition of someone new to be absolutely crazy about), and I am so happy about that!” she continued. “I’ve spent the past year struggling to fit into anything that wasn’t oversized or maternity, and I haven’t gone shopping for myself since having the baby, so on New Years [sic] Eve, I went to a store in Dallas and I asked the salesperson to only show me the sexiest party outfits she had.”

Celebrities Show Off Their Postpartum Bodies

Carter also pointed out that the jumpsuit helped her accept her post-baby body. “Although my chest is currently much larger than usual because I’m BREASTFEEDING A CHILD, my boyfriend and I loved how it fit anyway,” she concluded. “I said to myself, ‘this is my body right now, and I can either feel ashamed and hide it, or I can do what I WANT to do which is embrace and celebrate everything that my body currently is and has been for me this past year.’ So I did what I wanted to do, and that’s what women should be encouraged to do ALL THE TIME.”

The TV personality previously clapped back at internet trolls who called her out in November 2021 when she posted a photo of Rowan in his crib with a stuffed animal.

“Guys, I’m fully aware of crib safety guidelines. The bear is only in there during the day to keep him company during naps while we’ve got a constant eye on him,” she clarified via her Instagram Story at the time. “Would love to be able to share things on here without unsolicited policing. I’ve got this covered.”

9 Silk Face Masks That Are Both Pretty and Protective
Entertainment