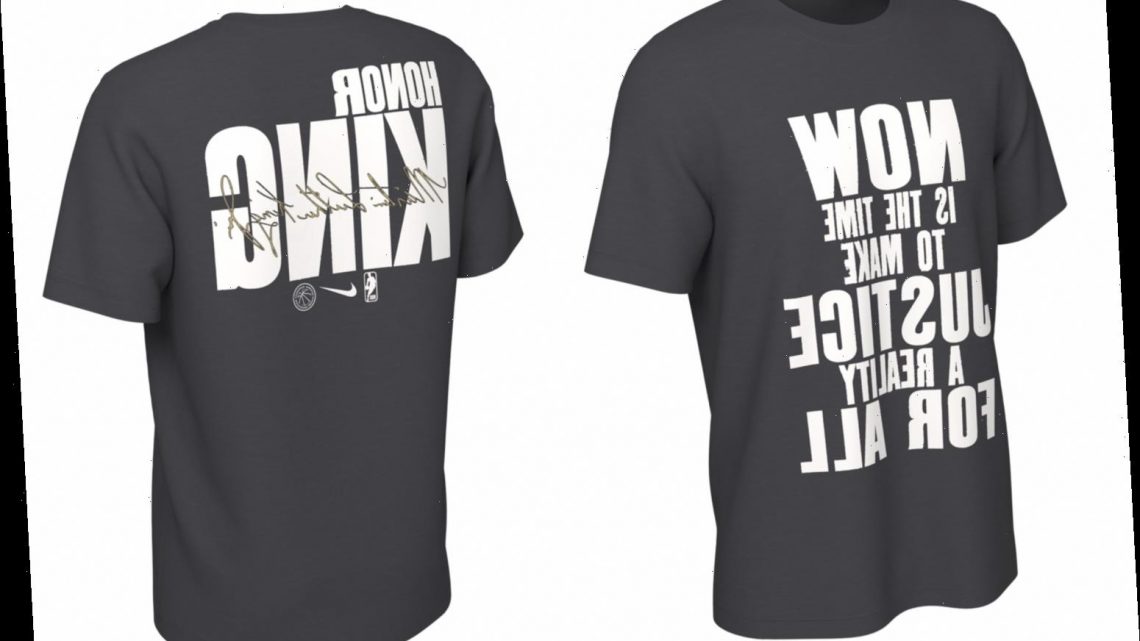 The NBA is paying tribute to Martin Luther King Jr. in a touching way.

Ahead of their games on Monday, which is Martin Luther King Jr. Day, teams like the Orlando Magic, New York Knicks, Minnesota Timberwolves, Brooklyn Nets, Phoenix Suns and Los Angeles Lakers will don a special shirt that honors Dr. King, the civil-rights icon who was assassinated in 1968.

The shirts, which will be worn during team warm-ups, features one of Dr. King's impactful quotes from his famous "I Have a Dream" speech ("Now is the time to make justice a reality for all") on the front, while the back reads, "HONOR KING," alongside his signature.

"Both messages are printed in a font derived from the carrying signs used in Dr. King Jr.'s memorial march on April 8, 1968," a press release shares.

The shirts were designed in collaboration with the National Basketball Players Association, the MLK Foundation and Martin Luther King III, the release reveals. Remembering Martin Luther King Jr. with 15 of His Most Powerful Quotes

In October, the Atlanta Hawks debuted black-and-gold "MLK City Edition" uniforms, which feature the civil-rights leader's initials on the front. Team members will wear the special uniforms in honor of Dr. King next season, and profits from jersey sales will be used to support communities of color.

The team said the black and gold colors speak to "Dr. King's determination, as well as his understated style," but are also a nod to his membership in the first Black Greek fraternity.

"Now more than ever since his untimely passing, the eyes and ears of the world are focused on the evolution of social justice, poised to elevate Dr. King's vision from an aspiration to a universal reality of equality and dignity for all races," the Hawks explained on their website.

"The tenets of Dr. King's social activism are the roots from which the Atlanta Hawks community work grows — crucial issues such as, Diversity, Inclusion, Voting Rights and Economic Empowerment," the team said. "We are building bridges through basketball to better the world around us. We vow to work, to fight, to take action… to earn these letters every day!" The NBA's nods to Dr. King come amid a time of social unrest in the United States, after a year that saw, among other race-related controversies, the killing of George Floyd.

Dr. King's youngest daughter, Rev. Dr. Bernice King, said on the Today show back in June that her heart "always goes to" Floyd's 6-year-old daughter — who, like Bernice, will grow up in the shadow of her dad's killing. (Bernice was 5 when Dr. King was assassinated.)

"Today, so often I see images I don't want to see and I hope people are sensitive to that," Bernice also said on Today, pointing out images she's had to see of "my father laid out in a casket" after his assassination in 1968.

"It was necessary for it to be shown to the American public," she told Today, "but I hope people remember that there is a real family behind this tragedy as we go forward and that we continue to pray for that family as we go forward, and other families."