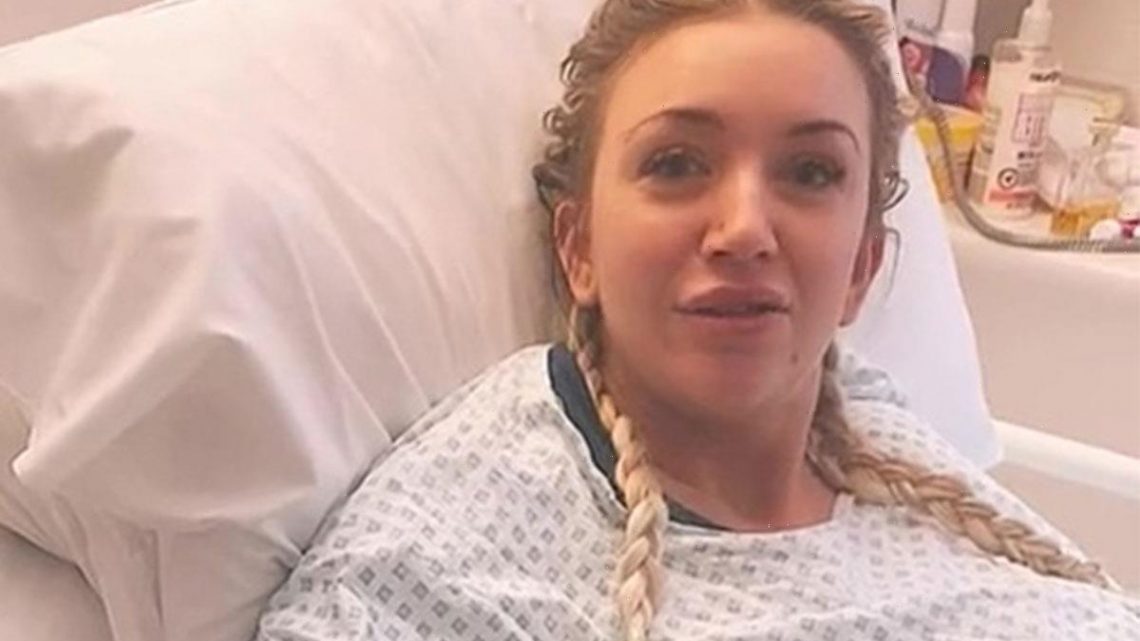 SUFFERING from a sharp pain in her kidneys, Sadie Kemp rushed herself to hospital.

But the 34-year-old was given painkillers and told to return if the pain got worse. 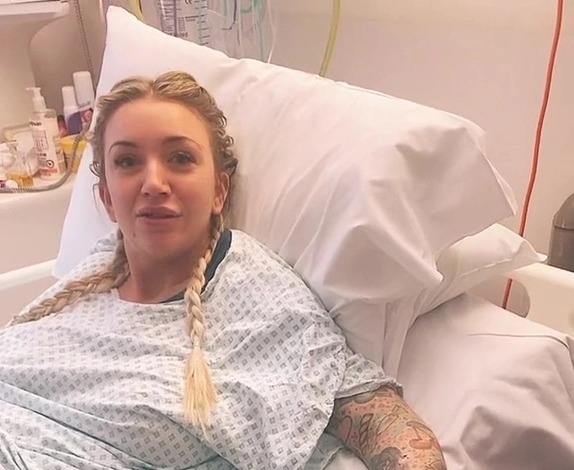 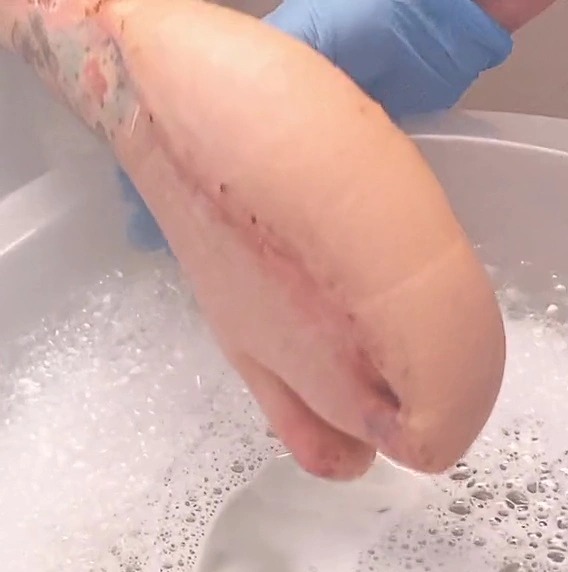 Less than 24-hours later, Sadie, who lives in Peterborough, was rushed back to hospital and placed in an induced coma for two weeks.

Doctors discovered her pain was down to a kidney stone which led to an infection – that then triggered sepsis.

Sepsis is a life-threatening condition where the body attacks its own tissue.

Sadie’s hands were sewn into a pouch in her abdomen to keep the blood flowing in her arms in the affected area. 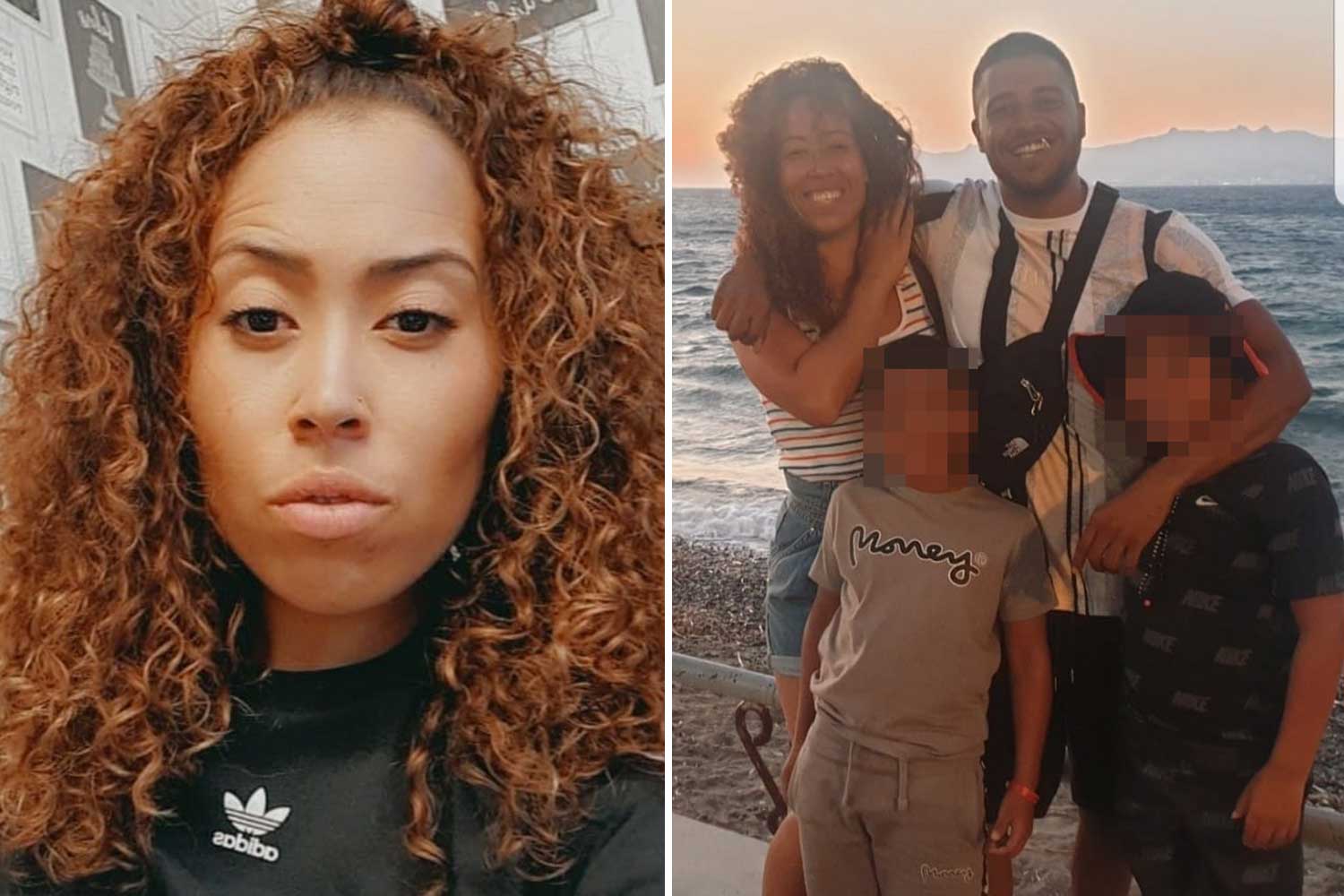 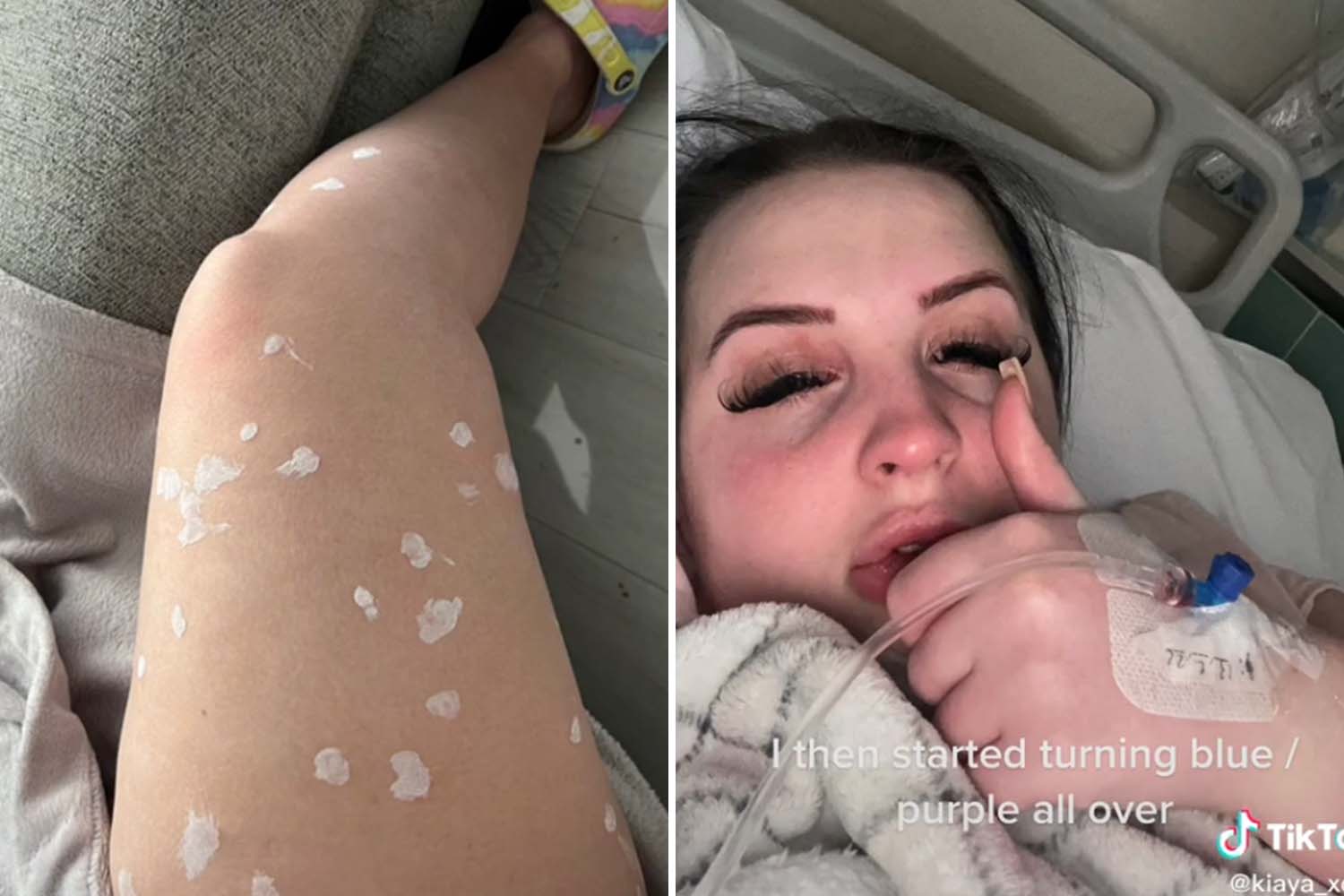 Sadie said her new hand looked like a shark to her.

In order to make light of her situation, she posted a video on TikTok where she hummed the theme music for Jaws.

Sadie, who had been working for NHS Test & Trace before the infection said: “I wasn’t aware my hand was going to look like a shark's head till it had actually been released from my abdomen.

“I looked at it for the first time and I moved what was left of my thumb and I was just like wow it looks like a shark and started to do shark videos as I thought it was pretty funny. 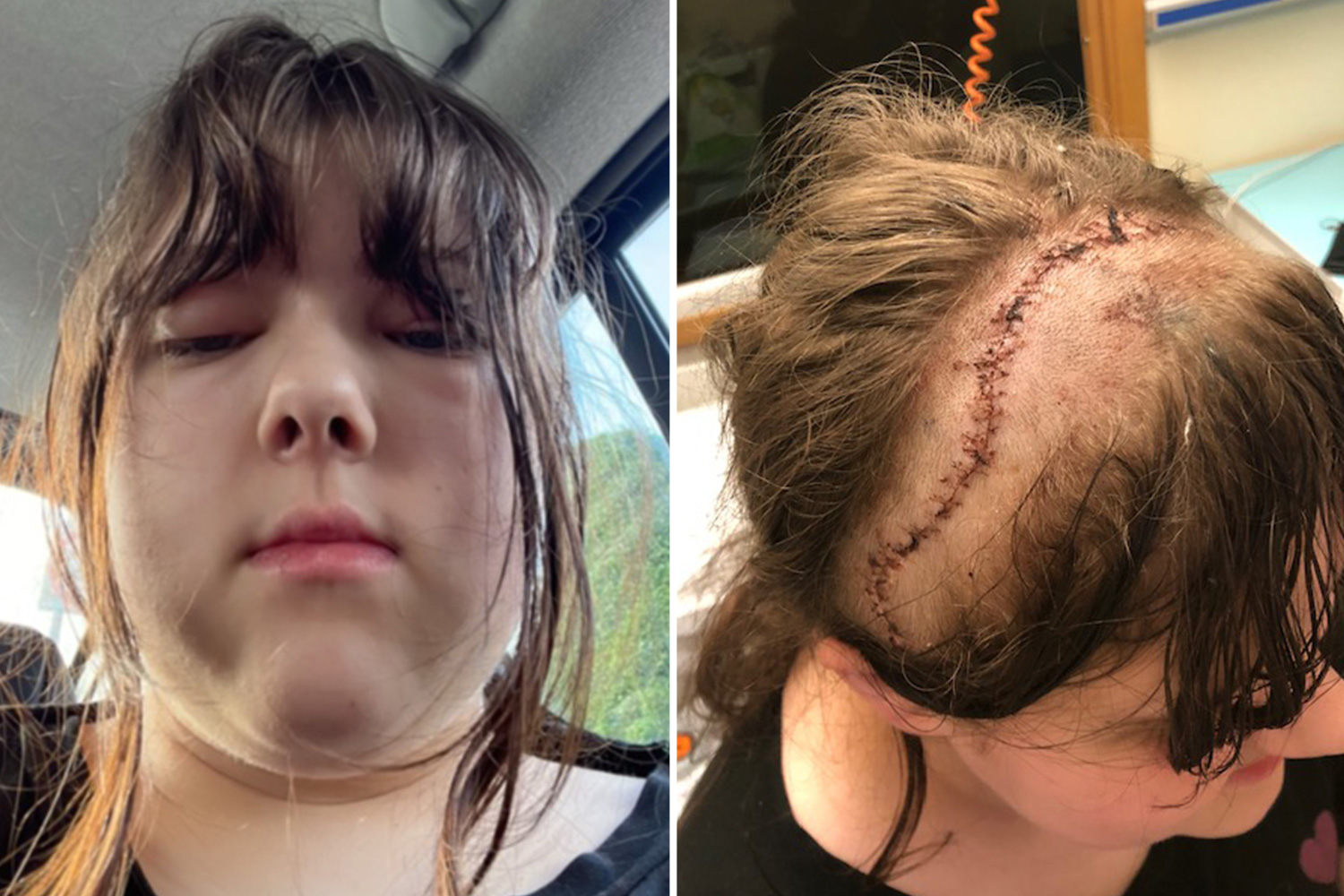 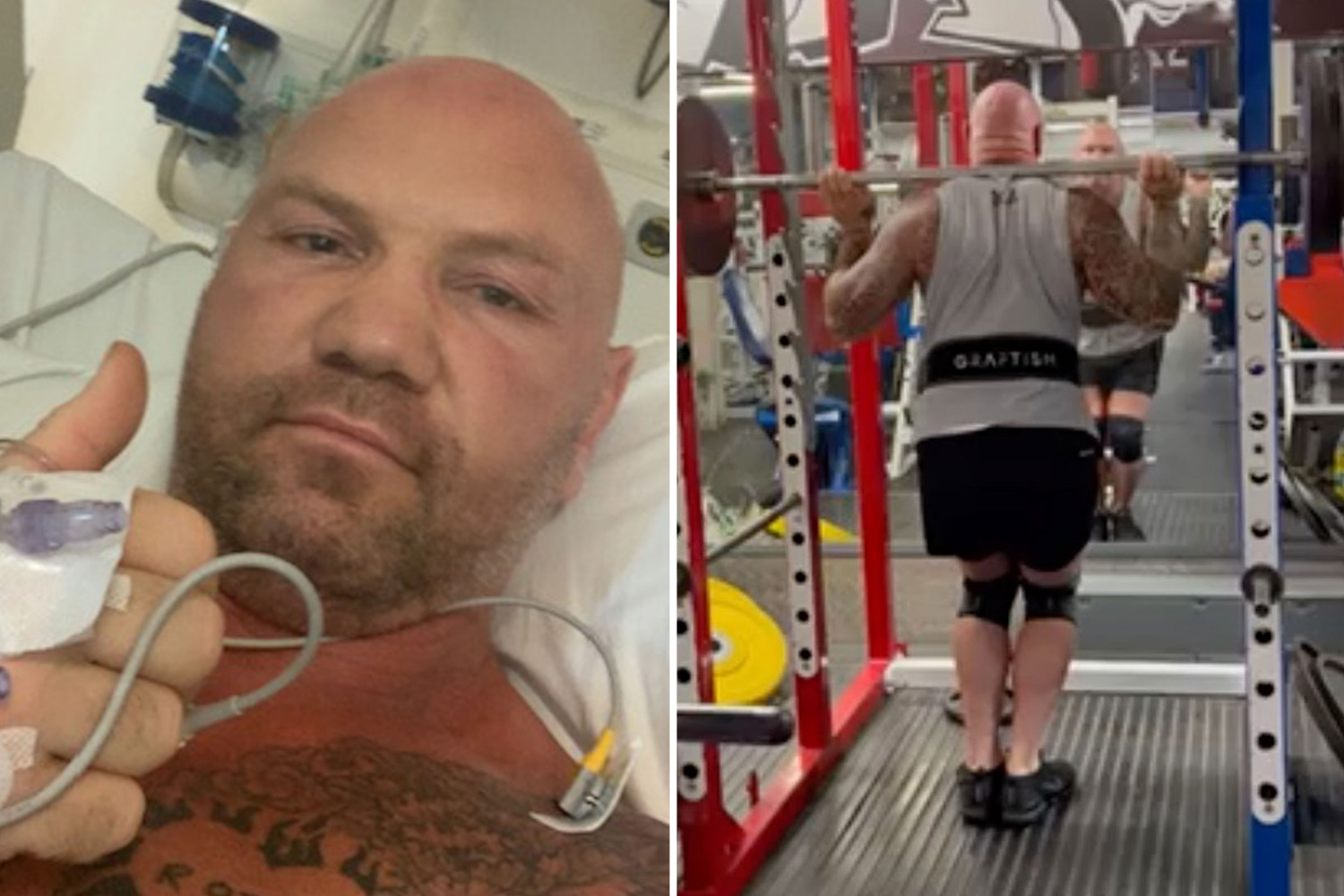 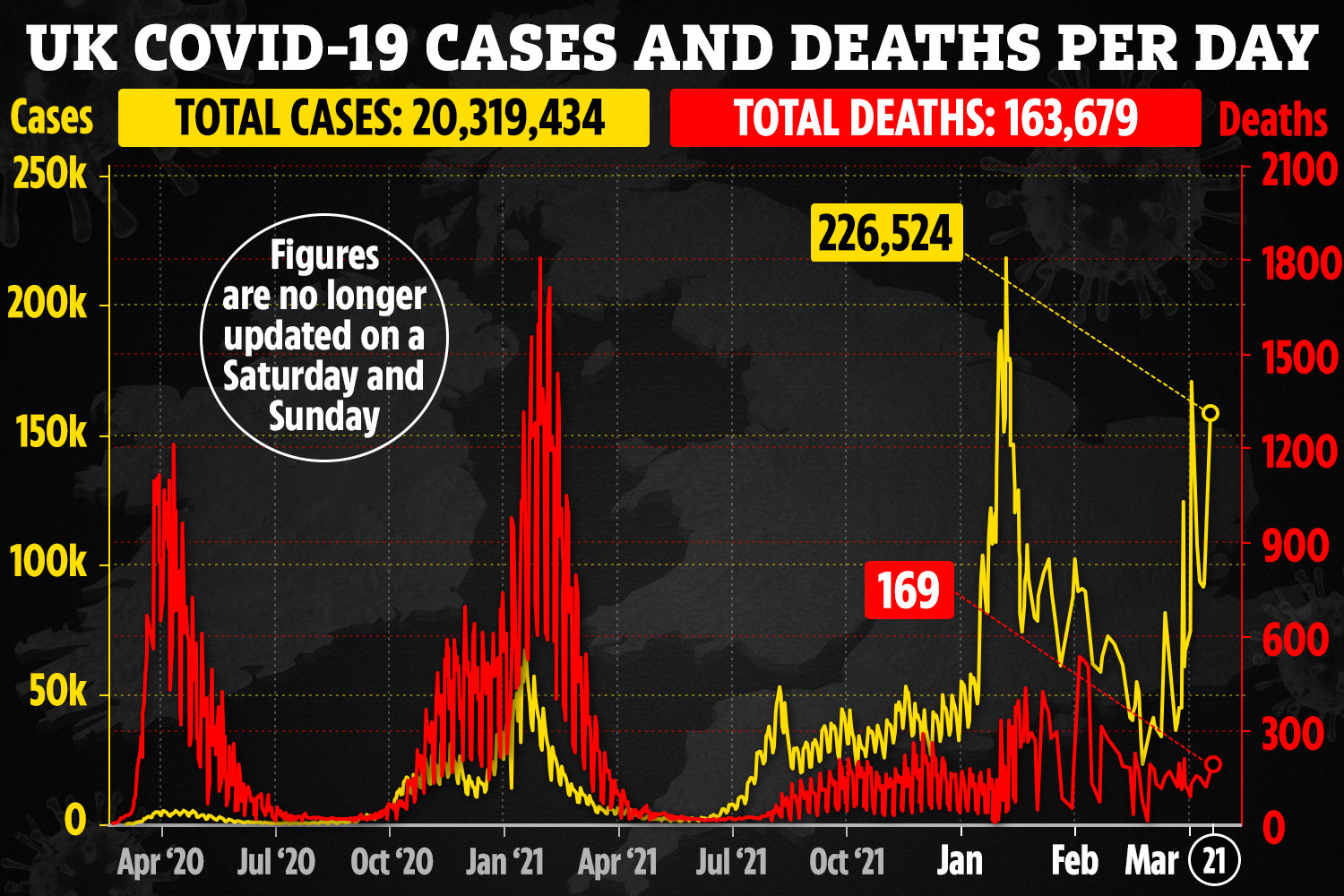 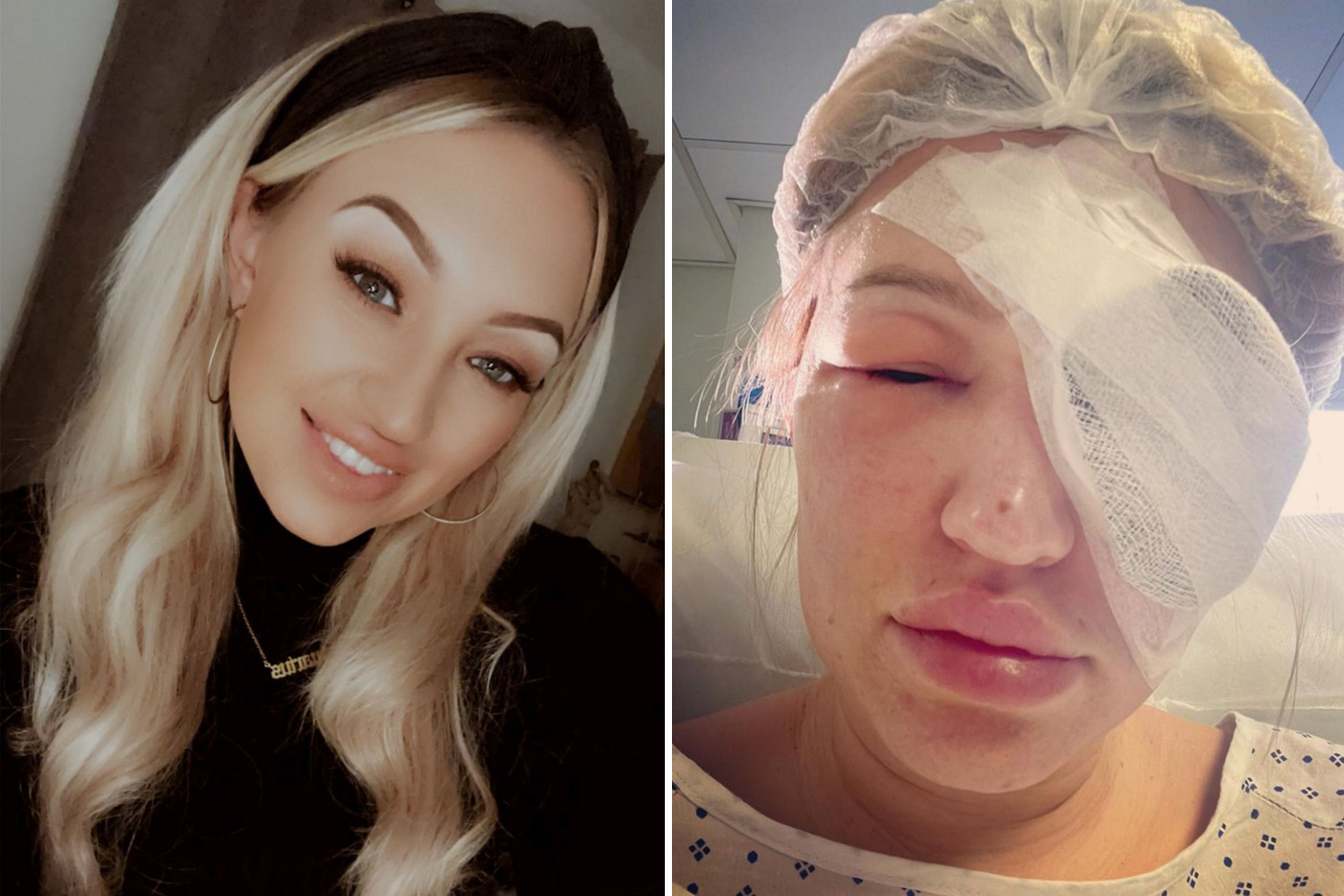 “I did not expect the video to go viral.”

The video has collected over 60 million views and over two million likes.

Sadie said she’s new to Tiktok and it’s only been a week since she uploaded the video.

Her friend has been helping her to navigate the platform in order to spread awareness about sepsis.

She added: “I did a video of my story and I have been told it is trending which is absolutely amazing.

“I have lost a lot through sepsis, my limbs, a relationship, independence and I just don’t want it happening to as many people as it does happen to.

“I want to raise awareness about the dangers of sepsis".

What are the symptoms of sepsis you need to know?

If you, a loved one, or in the case of medical professionals their patient, feels “severely sick”, doesn’t appear to be themselves and shows any of the following symptoms, sepsis should be suspected:

If a person is suffering these symptoms and they are thought to have suffered an infection – pneumonia, abdominal infection, urinary infection, or a wound – sepsis is a likely cause.

It is best to get someone with these symptoms to see a doctor as soon as possible, as sepsis needs to be treated quickly.

According to the WHO nearly 11 million people die from sepsis related complications a year, many of them children.

It's the primary cause of death from infection around the world – that's more than bowel, breast and prostate cancer combined.

The condition is always triggered by an infection – but it is not contagious and cannot be passed from person to person.

Sadie said: “If I can get the warning out there and get the treatment as quickly as possible.

A GoFundMe has been set up to help Sadie with her condition as she recovers from sepsis.

We were £57k in debt three years ago – now we've made six figures & paid off our mortgage, here's how

Pictured: The £418m megayacht that could become the world's widest
Entertainment