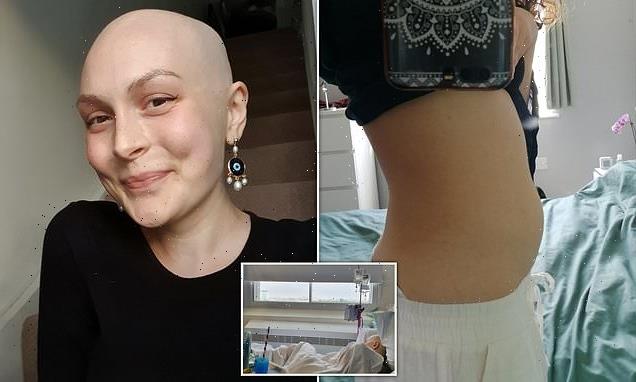 My bloating and stomach pain was ovarian cancer at 24

A graduate who ignored her own cancer symptoms for months is urging other young women to go and see a doctor if they are worried.

She ‘ignored’ symptoms like bloating and difficulty with eating until her stomach pain became too bad, she says. 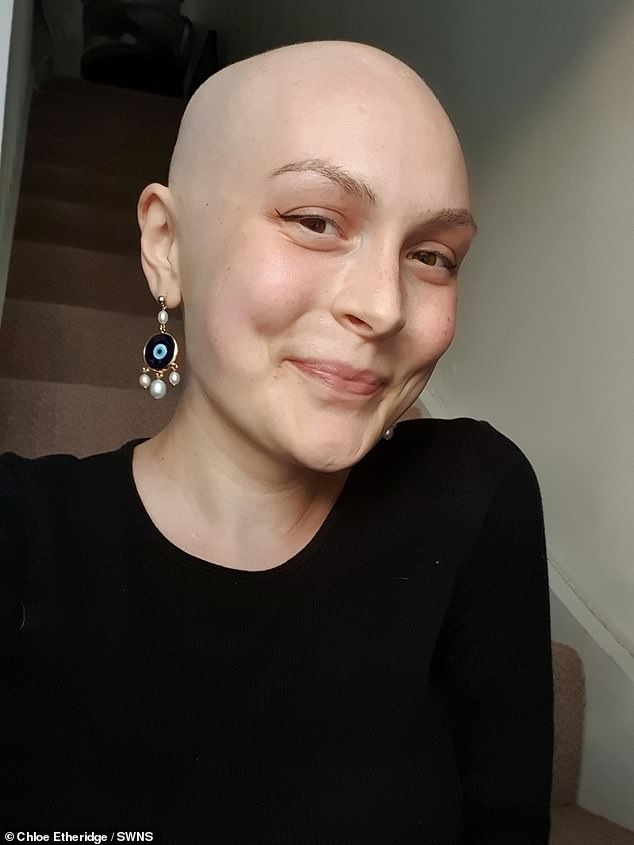 Chloe Etheridge, 24, from Whitstable, Kent, who ignored her own cancer symptoms for months is urging other young women to go and see a doctor if they are worried

She then went to A&E in April 2022, where they did an ultrasound – which revealed she had two tumours on her ovaries.

Chloe had removal surgery earlier this month and is expected to make a full recovery.

But she wants to speak out to urge other young women to see a doctor if they are worried – and is challenging ‘misconceptions’.

Chloe said: ‘Book your GP appointment and don’t stop going until you get an answer. 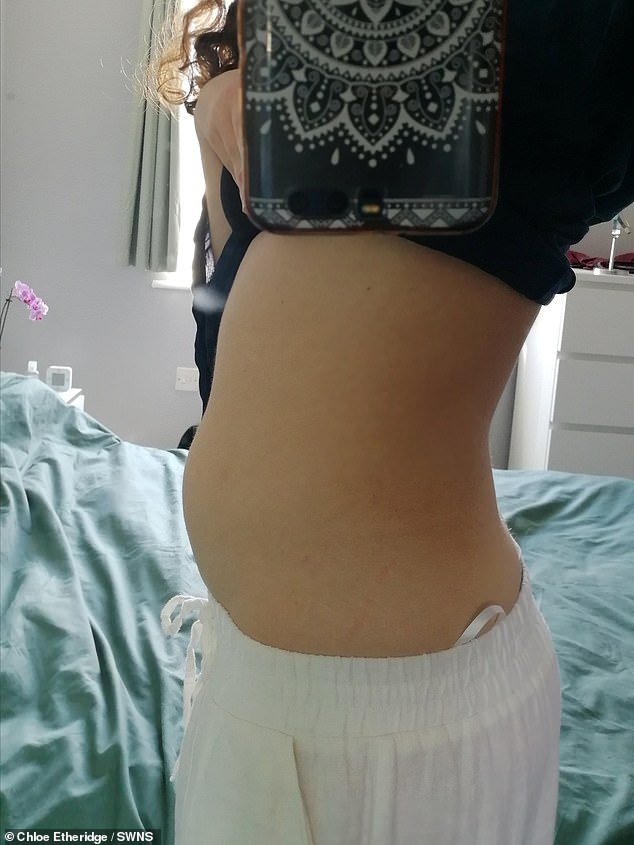 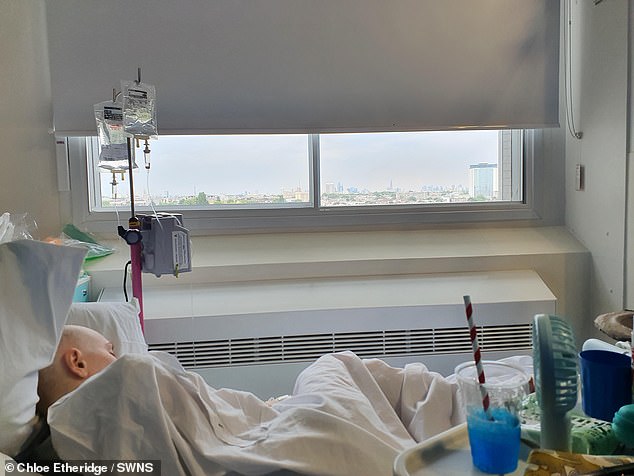 ‘If you feel like you don’t have an adequate answer – keep going back.’

Chloe says she first started experiencing what she now knows to be ovarian cancer symptoms in December 2021.

But she ignored them for months, only going to see a doctor in April last year when the pain became too severe.

Chloe said: ‘I ignored all of those things – which wasn’t the right thing to do.

‘In April I had really bad stomach pain so I had to go to A&E and I found out I had tumours on my ovaries. One was 18cm long and one was 11cm long. 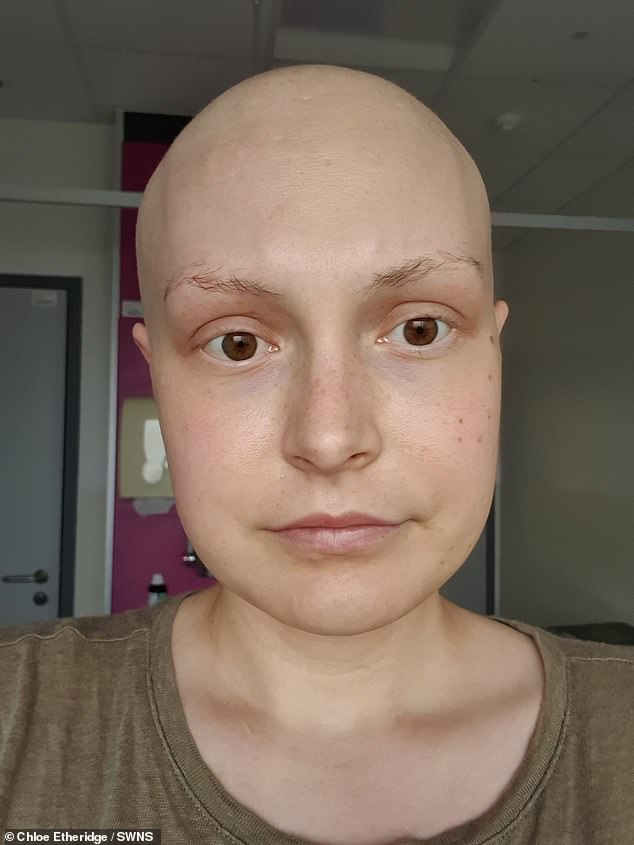 ‘Between April and July, we knew there was something wrong with me, but we didn’t know exactly what my diagnosis was which took three months.’

Chloe received her diagnosis on July 11, 2022 – and was told to pack her bags and go for chemotherapy the next day at Charing Cross Hospital in London.

She said: ‘I was relieved to finally get a diagnosis. The waiting was horrible and knowing all the time it is growing bigger I wanted to get started on the treatment.

‘I thought it would be a really cinematic moment where you go to the doctor with your mum and cry – but it was nothing like that.

‘You go into action mode. I had to get on, it was a busy time, and I felt numb thinking, “Right we need to get on with this”.’

Chloe was diagnosed with germ-cell ovarian cancer – a disease in which cancer cells form in the germ cells of the ovary.

She said: ‘This cancer mainly affects young women and children.

‘Since then I have had six months of chemotherapy, which I started the day after my diagnosis.

‘The doctor said it was one of the most aggressive forms of chemo they could prescribe and it is only available at two hospitals in the UK. 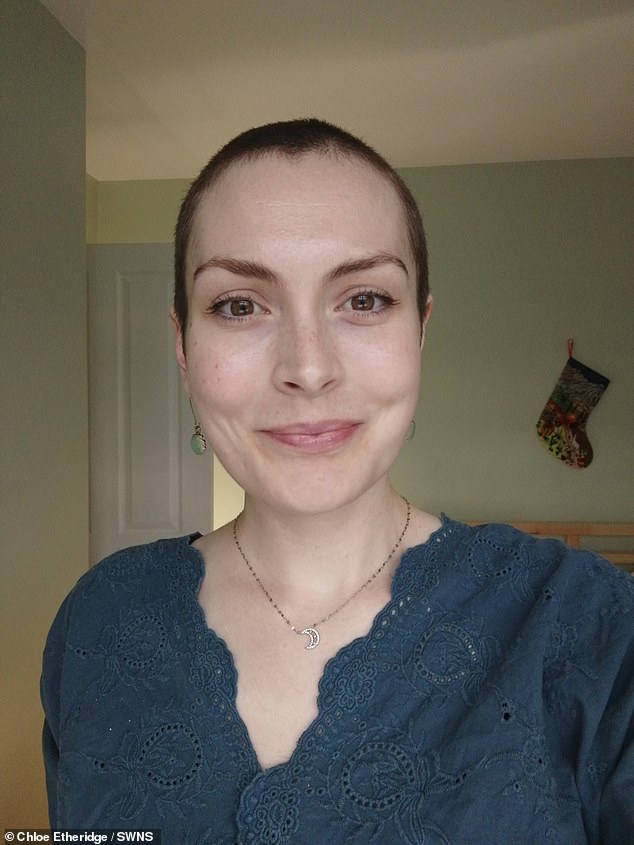 ‘It was incredibly brutal. My chemotherapy had seven different chemical components.

‘The side effects were horrendous, I had nausea, fatigue, hearing loss – I still can’t hear some frequencies now.’

Chloe had an operation on January 12 of this year to try and remove as much of the two tumours as possible.

She said the procedure went ‘really well’, and she is ‘expected to make a full recovery’.

Chloe now wants to warn others about her symptoms – so they can get checked out.

She said: ‘I did not realise they were symptoms of cancer. I don’t think young women know the symptoms of ovarian cancer.

‘There are a lot of misconceptions about getting it when you’re old or having a family history.

‘I didn’t have any of them. The only thing you need is ovaries.

‘I think for women because we have periods, it is assumed that we are meant to live with pain but that should not be the case.

‘If you are feeling uncomfortable, you should go to your doctor and get it checked out.’

WHAT IS OVARIAN CANCER AND WHAT ARE ITS SYMPTOMS?

Ovarian cancer is a cancer of the ovaries, which are part of the female reproductive system that contain their eggs. There are two ovaries and both are attached to the womb. Cancer on the ovaries can spread to the nearby bowel and bladder.

It is the eighth most common cancer among women, and is most common in women who have had the menopause but it can affect women of any age.

About 66 per cent of ovarian cancer cases are diagnosed in the more advanced stages of the disease.

At the time of diagnosis, 60 per cent of ovarian cancers will have already spread to other parts of the body, bringing the five-year survival rate down to 30 per cent from 90 per cent in the earliest stage.

It’s diagnosed so late because its location in the pelvis means the symptoms can be vague and difficult to recognise, particularly early on.

They’re often the same as symptoms of less serious conditions, such as irritable bowel syndrome (IBS) or pre-menstrual syndrome (PMS).

The most common symptoms of ovarian cancer are:

See your GP if:

You have other symptoms of ovarian cancer that won’t go away – especially if you’re over 50 or have a family history of ovarian or breast cancer, as you may be at a higher risk

I'm a midsize mom – my body still deserves love, even if it did change after pregnancy | The Sun