Members of the Latino community in the U.S. have for years pushed to establish a Latino heritage museum on the National Mall in Washington, D.C. In July, the House of Representatives voted to move forward with the National Museum of the American Latino Act, marking the closest the museum’s backers have come to realizing that goal — but its creation still faces several obstacles.

The bill seeks to establish the future museum as the first and only permanent museum of Latino history and culture on the National Mall, which sees nearly 25 million visitors every year, according to the Department of Commerce.

“The National Mall is the frontline of our nation. It is where every story is told. To do anything less would dishonor 500 years of U.S. Latino history,” said Estuardo Rodriguez, director of Friends of the Museum of the American Latino, a national advocacy campaign that’s pushing for the creation of the museum.

“The Spanish, the Mexican, Central, South American, and the Caribbean — every story that’s not told, that’s the place for it. When you look at all the buses, the school buses, the rental buses, they come through Washington and they stop at the National Mall,” he told CBS News.

The museum would be called the National Museum of the American Latino and would be part of the Smithsonian Institution. It would feature exhibits that highlight the contributions of both modern and historical members of the Latino community in the United States. Support for the creation of the museum has come from high-profile Latino leaders in the entertainment industry, such as Emilio Estefan and Eva Longoria, along with business leaders and politicians. 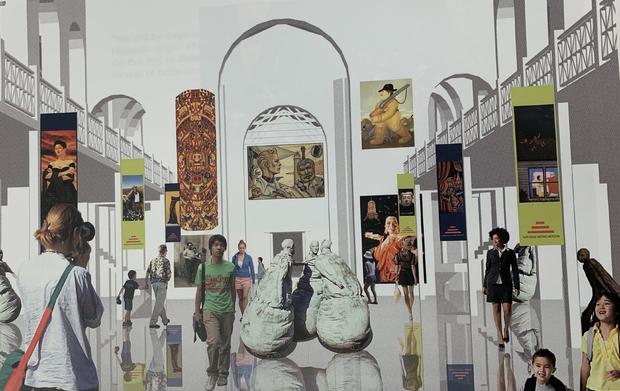 But the road to July’s vote was long and full of hurdles. Opposition came from both sides of the aisle long before the museum had its day on the House floor.

Rodriguez said they were able to push past the opposition in part by following in the footsteps of the National Museum of African American History and Culture, which had its own hard-fought 13-year-long battle to claim its place on the National Mall. Prior to the coronavirus pandemic, that museum’s entrance ticket was one of the hottest in town.

“That building and the way it beautifully tells those stories of the African American community has really greased the wheels for us to quickly move and continue to build bipartisan support,” Rodriguez said.

The seed for the potential museum was planted back in 2003 by former Representatives Ileana Ros-Lehtinen of Florida, a Republican, and Xavier Becerra of California, a Democrat. The pair introduced a bill to start a commission to study the possible creation of a Latino museum. The commission was finally established in 2008 under then-President Barack Obama. The commission released a report in 2011 calling for the establishment of the museum and the first bill to codify the museum’s actual funding and creation was introduced in 2013. After being passed by the House, it is currently awaiting approval in the Senate.

Latinos make up just over 18% of the current U.S. population, according to Pew Research, and accounted for 52% of all U.S. population growth in the last decade. But Latinos in the United States, as represented by those with both indigenous and Spanish roots, predate even the British in the Americas. The idea that such a large and prominent ethnic group throughout the country’s history had not yet been properly represented was behind the publishing of the Smithsonian Institution’s 1994 report “Willful Neglect.”

“They have contributed significantly to every phase and aspect of American history and culture. Yet the Institution almost entirely excludes and ignores Latinos in every aspect of its operations,” the report stated. “Latinos are absent from positions of power and authority within the institution, which helps to perpetuate the exclusion of Latino history and culture from the museum’s collections, exhibitions, and programs.”

What followed was decades of attempts at inclusivity for Latinos, starting with the creation of the Smithsonian Latino Center in 1997, and most recently with plans to open the Molina Family Latino Gallery at the National Museum of American History in Washington, D.C., in 2022. The gallery will be the first ever permanent presence of a Latino history gallery on the National Mall, which Rodriguez calls both a victory and a teaser for what’s to come. 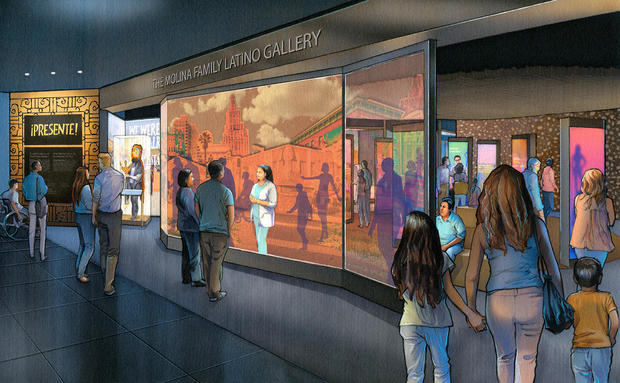 What couldn’t have been foreseen in the museum’s 2011 commission report was that the $700 million price tag, half of which is to be funded by private donations, would become much more daunting in the times of COVID-19. The pandemic has created a situation in which museums are experiencing a financial crisis, and restructuring already existing museums and their experiences are now the top priority, not building new ones.

The American Alliance of Museums warns that without near-term assistance from the government and private donors, “one out of every three museums may shutter forever as funding sources and financial reserves run dry,” according to a report from the association.

The Museum of the American Latino, if it’s approved in the Senate, is projected to be completed in eight to 10 years.

“What we cannot do is assume that a crystal ball will allow us to know what the economy will look like in eight to 10 years, but we know that this process must go forward,” said Rodriguez. “We may find ourselves in another crisis, but that uncertainty shouldn’t impede the progress that we require in telling the full story of our nation.”

Meet the Apex Predator of U.K. Skating in ‘Rom Boys: 40 Years of Rad’