The mum of murdered Brit backpacker Peter Falconio – whose body has never been found – says she is 'encouraged' by a new lead in the case revealed by the Mirror last week.

We told how politician Frank Pangallo says officers did not fully probe a sighting of a van similar to killer Bradley Murdoch’s, next to a remote well a mile from where Peter and girlfriend Joanne Lees were ambushed in 2001.

While Charlie Frith, owner of the million-acre site where the well lies, revealed police did not search it fully as it was flooded at the time.

Joan Falconio told The Sun Online : “We’re aware of this area and it has been searched before but we didn’t know there was a renewed interest in the site. It is encouraging and very welcoming.

“We hope he will finally be found one day. We’re doing alright, we’re okay as a family.

“We’re still in contact with Joanne, we get on, we still see her but our conversations remain private.”

Murdoch waved down Peter and Joanne, both 28 and from Huddersfield, in July 2001. Peter was shot dead and Joanne hid for five hours as Murdoch hunted her, before she flagged down a truck and escaped.

Peter’s body, the gun used and Joanne’s jacket were never found and Murdoch, 61, claims he is innocent.

Mr Pangallo probed the case as a journalist and in 2011 visited the well at Neutral Junction, where the ambush took place on the Stuart Highway, Northern Territory.

A local man said he saw a white van with a black canopy – like Murdoch’s – near the well on the night. 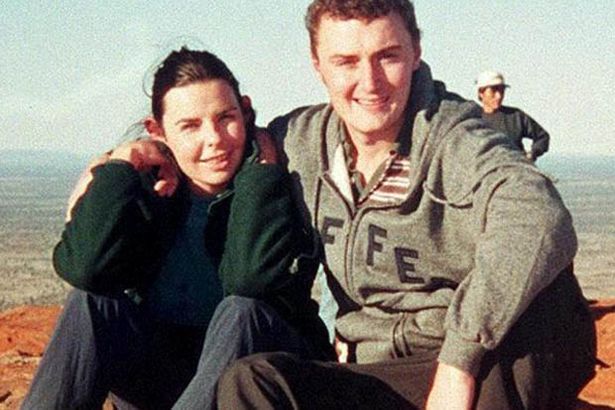 Colleen Gwynne, the lead investigator on the case, told the Mirror the well was searched. But Mr Frith said: “They half went down it. I don’t know if they didn’t have the right gear, but they didn’t get to the bottom.

“Nobody’s ever been back. There’s now a windmill on top of the well but it wouldn’t be too hard to search with the right equipment.

“The well is about a metre round – it makes sense the body could be dumped there. You’d think it would be fully investigated to at least rule it out.”

A four-part Channel 4 series due to air later this year will reinvestigate the notorious case.

Mr Pangallo, now an Australian MP, visited the site twice with a TV crew but it was flooded.

He is to insist authorities do a full search. He said: “We took a forensic anthropologist to the well. She said: ‘This is the perfect place to dump a body’.”

Northern Territory Police said: “We’ve commenced an assessment of information records with focus on names and location which have been provided.”