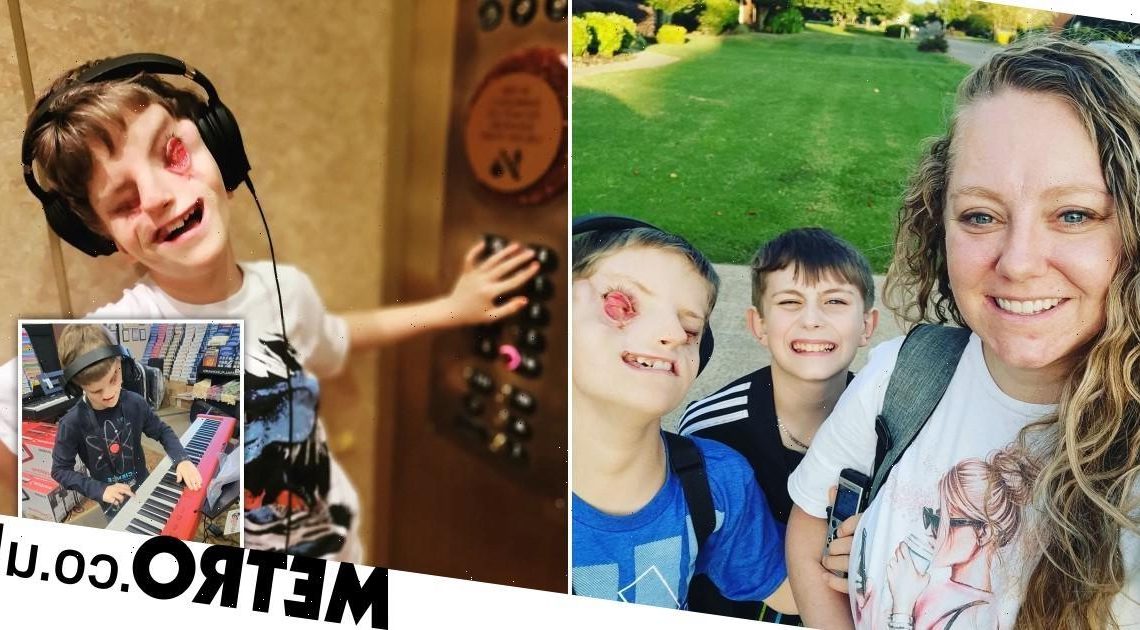 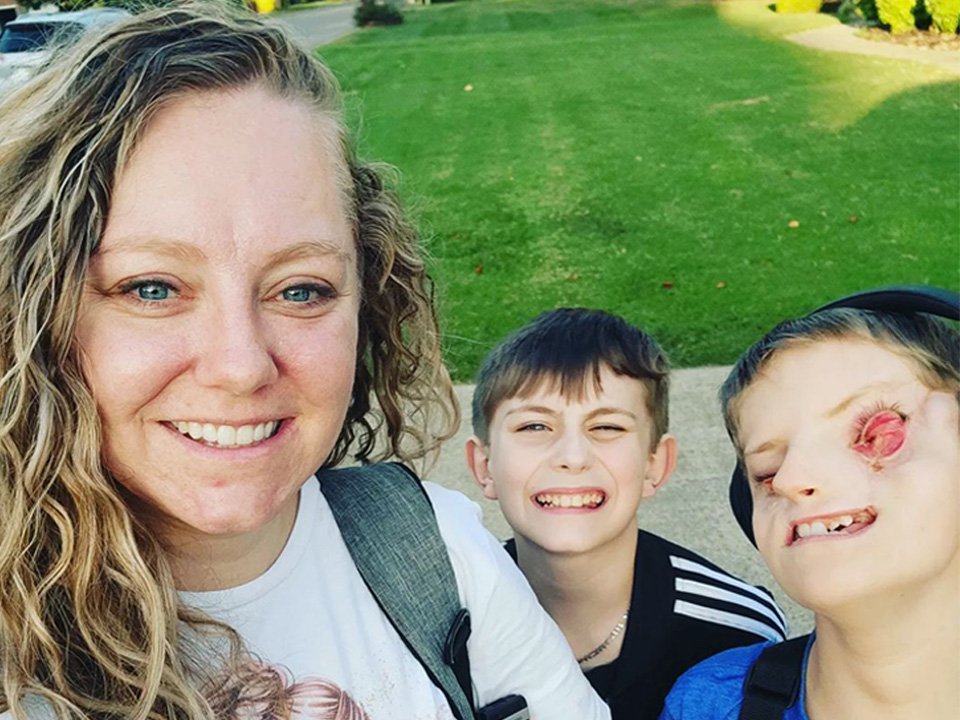 A mum whose son was born with no eyes revealed the shocking trolling he is subjected to – and says she is determined to raise awareness of facial differences by sharing his story.

Tennessee-born Christian Buchanan had amniotic band syndrome at birth, which is when strands of tissue wrap around a developing foetus.

This prevents the baby from growing normally which, in Christian’s case, caused facial clefts affecting his eyes, lips and nose.

As well as that, he also developed blindness and developmental delays.

Since birth, the 11-year-old has had 12 surgeries for cleft repairs.

As well as his physical struggles, Christian and his family, including his parents Lacey and Chris, have to deal with horrifying abuse from strangers both online and in their day-to-day lives.

‘Someone commented on one of my TikTok videos that I should have aborted him and that I have no concern for his suffering,’ says Lacey.

‘Someone else said I should put him down like a dog.’

On occasion, Lacey ignores the trolls, but most of the time she fights them off, believing people ‘shouldn’t be allowed’ to say such ugly things without some sort of correction.

The prejudice is also prevalent in person. When Christian was a baby, someone asked to see him, but when they looked over into his car seat to do so they gasped and jumped back as if he was going to hurt them.

‘I hate that he’s had to struggle but I try not to dwell on it, because that doesn’t do any of us any good,’ says Lacey.

Although Lacey, who works as an attorney, has no issue shutting trolls down, she also wants to be open about the difficulties of Christian’s condition – especially the loss of his sight.

According to the 35-year old mum, Christian changed the family’s entire way of life, and there was no way to prepare for it.

‘We had to do whatever was best for Christian, but it didn’t mean we didn’t mourn the loss that was there,’ she says.

‘I will always feel grief over the fact that Christian doesn’t know what I look like, or that I can only describe to him the beauty of a sunset.’

Due to complications caused by his condition, her son didn’t begin walking or talking until he was three years old and still attends physical and speech therapy every week, as well as eating via a feeding tube.

However, as he’s gotten older, the youngster – who is best friends with his brother, nine-year-old Charlie – has adapted to his condition, and is able to do ‘anything he puts his mind to’.

He has been playing violin for the last five years and his parents have now signed him up for Miracle League baseball, a US league specifically for people with disabilities.

Christian will continue to have surgeries to repair his cleft symptoms as he grows and matures.

Lacey hopes to teach others about his condition and fight against ableism by sharing his story.

‘There are people out there who actually think disabled people shouldn’t even be allowed to live, and at a minimum, shouldn’t have the rights the rest of us deserve,’ she says.

‘I get so tired of hearing that I just want attention, that I post on Facebook for attention only.’

For all the trolls, the family get a lot of positive comments too, which Lacey finds ‘overwhelming.’

‘Sometimes he will ask me to take a picture or video of him doing something and share it to Facebook, especially if it’s something funny, and then he’ll ask me if everyone is laughing,’ she says.

She adds: ‘It’s incredible and it gives me hope that the good outweighs the bad and that the world and our culture is shifting to be more friendly and accepting of disabled people.’