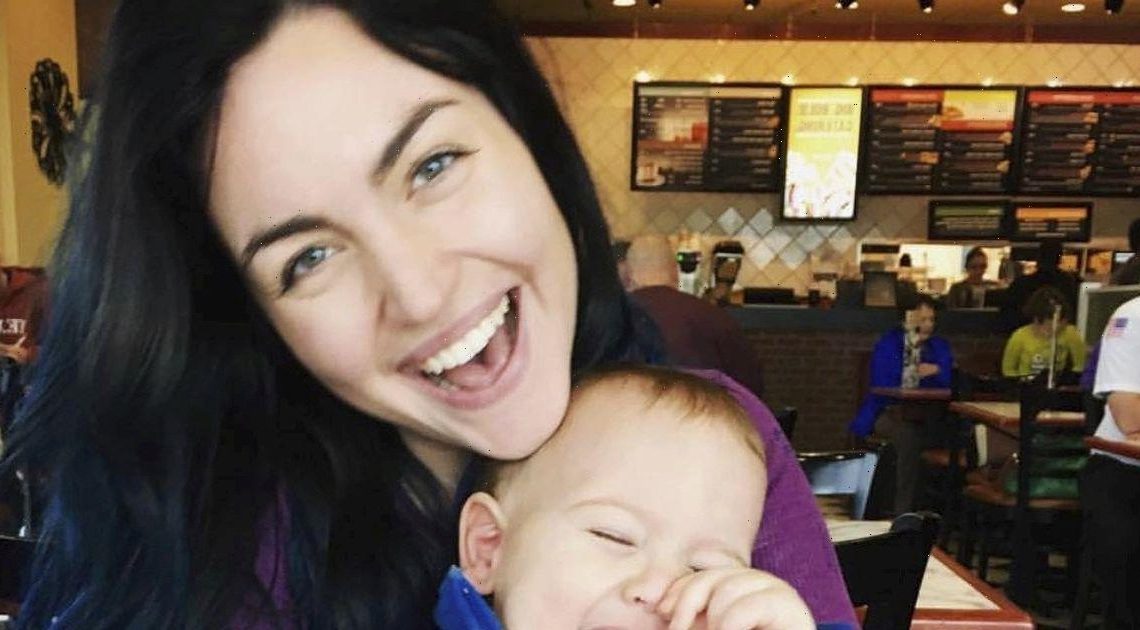 A mum trolled at school after she started going grey at 16 finally ditched the hair dye.

Shannyn Pierce, 34, was petrified to find grey hairs appearing as a teenager, leading to bullies slurring abuse at her.

She immediately started dyeing her hair, spending an eye-watering £130 every six weeks to turn her hair almost black.

But as she approached her 30th birthday, the mum-of-two ditched the hair dye to embrace her natural grey locks.

Now Shannyn has no regrets after falling in love with her grey mane and claims she's received many compliments.

The hockey coach lives in Texas, US, with her 35-year-old husband Trevor and their two kids, Rowen, nine, and Jackson, seven.

She said: "It's honestly the best hair of my life. I've never received more compliments on my hair than I do now.

"It's incredibly healthy and it actually moves on it's own because it's not covered with chemicals. It's not weighed down or anything like that, it's really nice. It's so much easier – and so much cheaper.

"I save an incredible amount of money now, and thank goodness, because I have two children now."

After growing up around her mum who constantly dyed her own hair, Shannyn started religiously colouring her hair.

She added: "It was a typical high school experience. I was really involved in sports and with friends and then I just started growing grey – it's my genetics.

"People had opinions and you start being ashamed of it and want to cover it up, which I did for about 15 years.

"At high school, I started getting all sorts of comments about how ugly it is, and people were saying 'you're old' and 'you really need to get your hair done'.

"I grew up in a household where my mother always coloured her hair, and she still does to this day. It was about £130 in the salon every six weeks, and that's not including the tip."

Shannyn made the brave decision to stop dyeing her hair when she turned 30.

Ditching the hair dye means Shannyn saves around £1,000 a year and now she loves her natural colour, as do her husband and kids.

She said: "To me, I just felt that was absolutely ridiculous and unnecessary, so I decided I'm just going to go ahead and do it.

"I know that I'm not unattractive and I knew that if I were to grow it out then I could hopefully be an example or a beacon like 'hey, it's OK to actually be OK with who you are'.

"This is how you were made, and who are you to try to change who that person is? I had mixed emotions when I started growing it out. There's always that little inner voice in your head when you start doing something.

"My husband is one of the most supportive people I know. He's all about the grey hair. He said to do whatever makes me feel good, but to him, he thinks this is the best look for me. My boys love their mum's natural hair."

Lauren Graham on her breakup: ‘I’m in a better place, but it’s still just a shame’