Will YOUR everyday habits be obsolete in 40 years? Mothers predict what will be ‘frowned upon’ in the future – from single-use plastic to eating meat, surrogacy and social media

Food packaging, alcohol, eating meat and surrogacy might become things of the past according to British mothers.

Commenters on the forum Mumsnet have been sharing the everyday practices that are part of life,  which they believe will be ‘frowned upon in 30-40 years time’.

The conversation started when one women used the example of the drink driving ban and shared a news report from 1967 before it became illegal.

She said: ‘This video is a prime example of how attitudes change. It seems we go just go from stupid to stupid all the time.’ 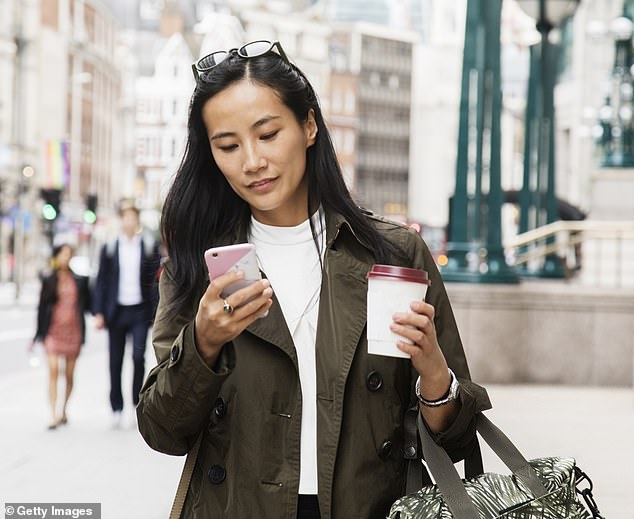 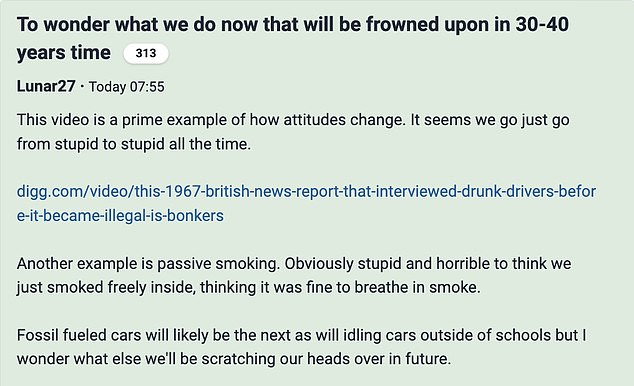 In the clip people seemed unfazed by the dangers of drunk driving with one person saying the ban would be ‘diabolical’ because it doesn’t take into account ‘the pedestrian who has had too much to drink’ saying he ‘could cause an accident.’

The original poster continued: ‘Another example is passive smoking. Obviously stupid and horrible to think we just smoked freely inside, thinking it was fine to breathe in smoke.

‘Fossil fuelled cars will likely be the next as will idling cars outside of schools, but I wonder what else we’ll be scratching our heads over in future.’

Commenters chimed in to share their own predictions, with habits that harm the environment high on the list. 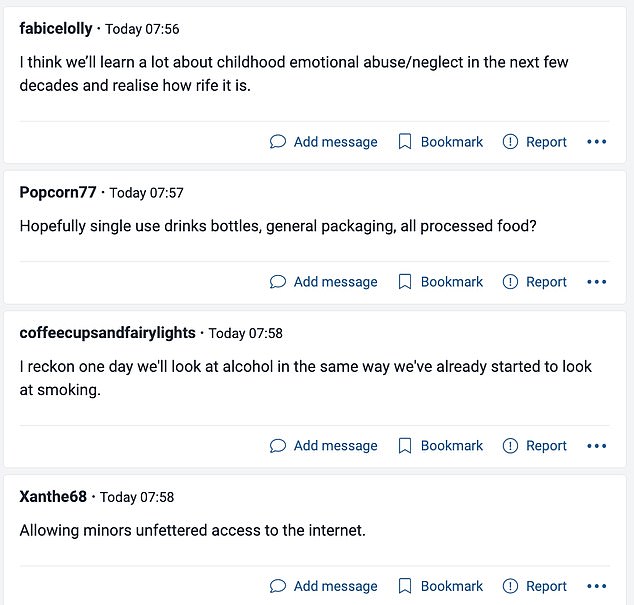 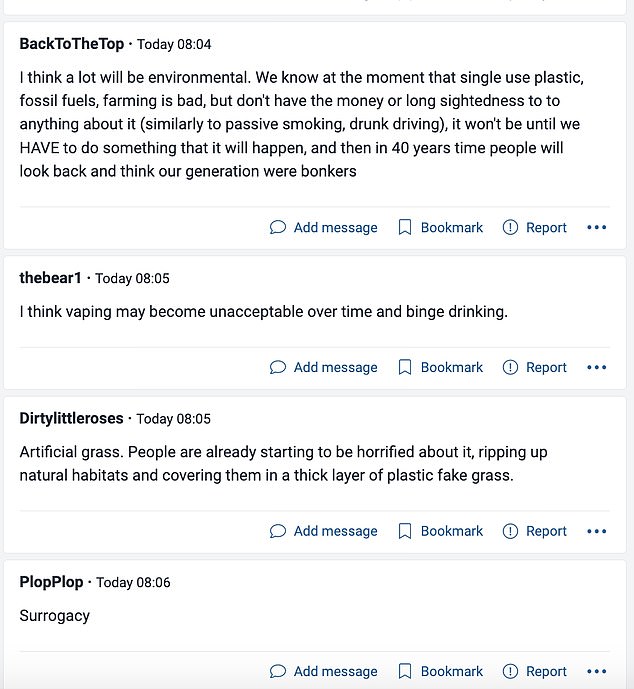 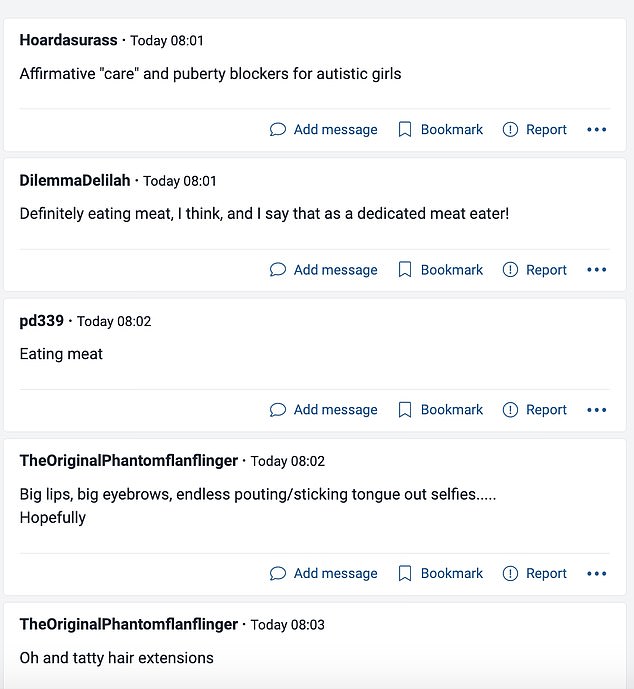 One mum wrote: ‘We know at the moment that single use plastic, fossil fuels, farming is bad, but don’t have the money or long sightedness to to anything about it (similarly to passive smoking, drunk driving).

‘It won’t be until we HAVE to do something that it will happen, and then in 40 years time people will look back and think our generation were bonkers.’

Someone else wrote:’ Eat meat. Fly long haul. Have more than two to three kids.’ 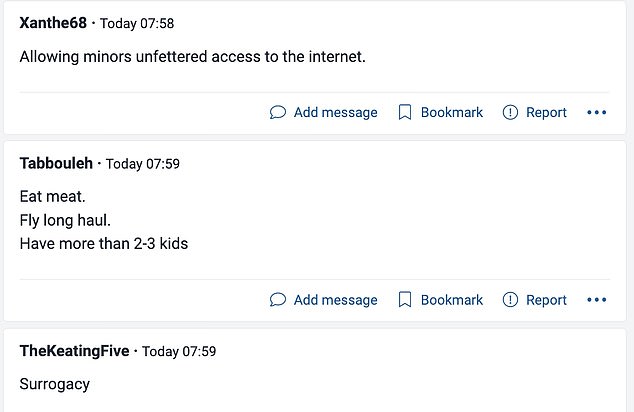 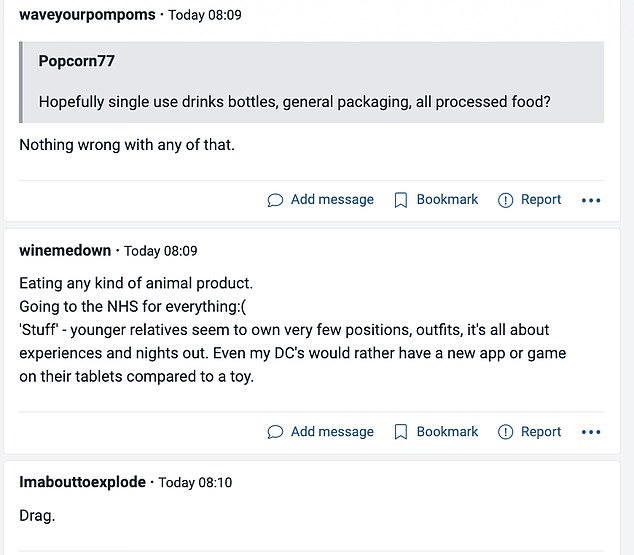 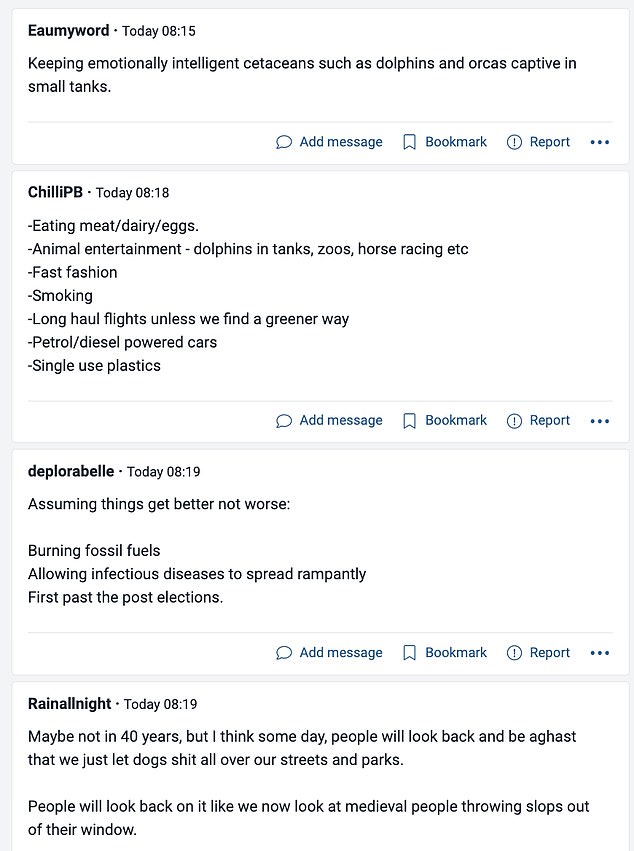 While another predicted: ‘Fast fashion, having plastic bags full of clothes delivered to our doors only for most of it to end up in landfill a few weeks later.’

A mother admitted she reckons ‘we’ll look at alcohol’ in the same way we look at smoking now, while one predicted

Another commenter even wrote she think’s pet’s will be a thing of the past, saying: ‘Having hamsters and rabbits as pets in cages.’

One mother mentioned social media’s impact on mental health and suggested society would be better off in a time before the web. 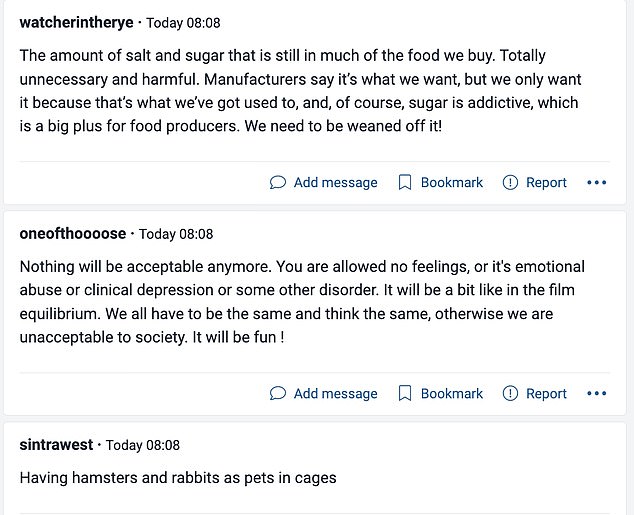 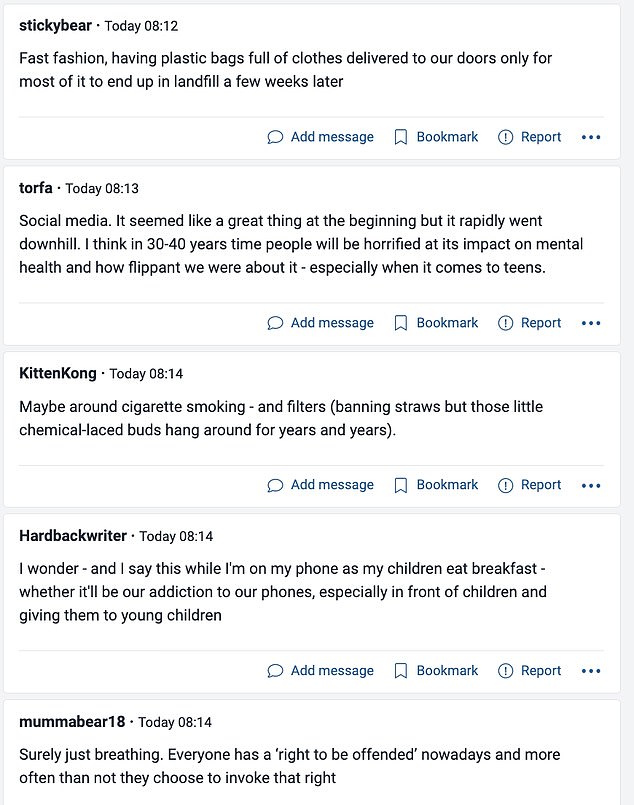 ‘Social media. It seemed like a great thing at the beginning but it rapidly went downhill.

‘I think in 30-40 years time people will be horrified at its impact on mental health and how flippant we were about it – especially when it comes to teens.’

Another poster agreed: ‘I wonder – and I say this while I’m on my phone as my children eat breakfast – whether it’ll be our addiction to our phones, especially in front of children and giving them to young children.’

Another poster said: ‘I think we’ll learn a lot about childhood emotional abuse/neglect in the next few decades and realise how rife it is.’

A fellow commenter took issue with gambling, saying: ‘The explosion of online betting and relaxation of laws in recent years has created a massive problem.

‘The clever marketing used by the mega gambling companies to make it appear like a fun lifestyle choice while they target vulnerable users has to be cracked down upon.

‘There is so much harm being caused at the moment and at some stage society as a whole will turn against the industry.’ 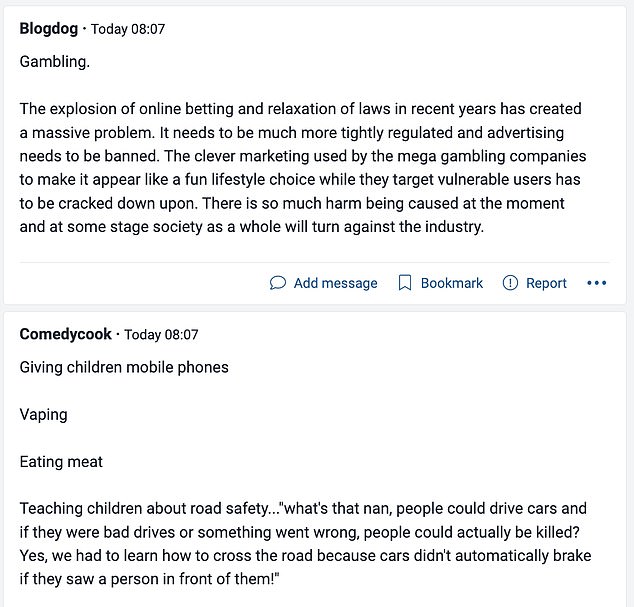 I'm a household whizz, there's an easy way to banish mosquitos from your home this summer – it's totally saved my life | The Sun
Entertainment