MOONPIG has joined forces with KFC to create a bizarre Valentine’s Day Card – which smells just like chicken.

The company has today launched its limited edition series of cards which are perfect for chicken and gravy lovers. 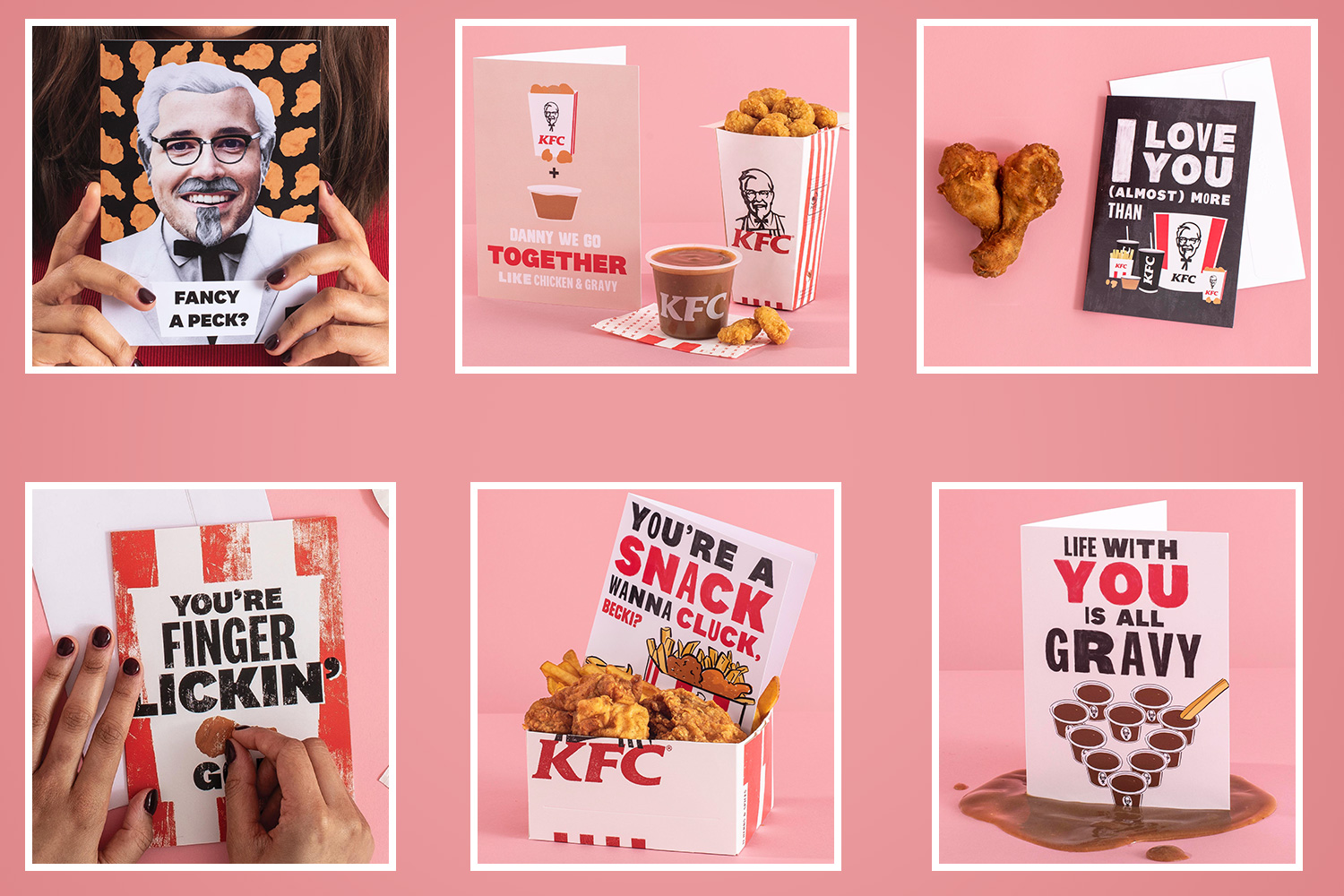 There are eight designs, which include puns such as “life with you is all gravy”, and even a vegan themed one.

With the "Fancy a peck?" card, you can insert a snap of yourself and become the king of chicken himself, Colonel Sanders.

Other romantic tropes include "We got together like chicken and gravy" and "I love you (almost) more than KFC."

For the more cheeky chaps out there, they "You're a snack, wanna cluck?" or "Tonight, the chicken comes first" designs will suit you best.

The “You are Finger Lickin good” card is a real showstopper as it has scratch ‘n’ sniff technology, so you can give your crush a romantic whiff of KFC’s iconic fried chicken.

There are only 1,800 scratch ‘n’ sniff cards available and they are on sale now until February 14.

Ten per cent of the proceeds from the sales of the cards will also be donated to the KFC foundation.

Prices for the cards start from £3.29 each and are available here.

The partnership is the latest collaboration from the popular chicken franchise.

Earlier this month, its popcorn chicken was featured on a Pizza Hut pizza – and ran out after just one day.

One man was also in the doghouse after telling his girlfriend he got her a KFC chicken burger but it was actually a vegan one.

And last month the chicken shop announced it was bringing back its Chicken Tuesdays deal.