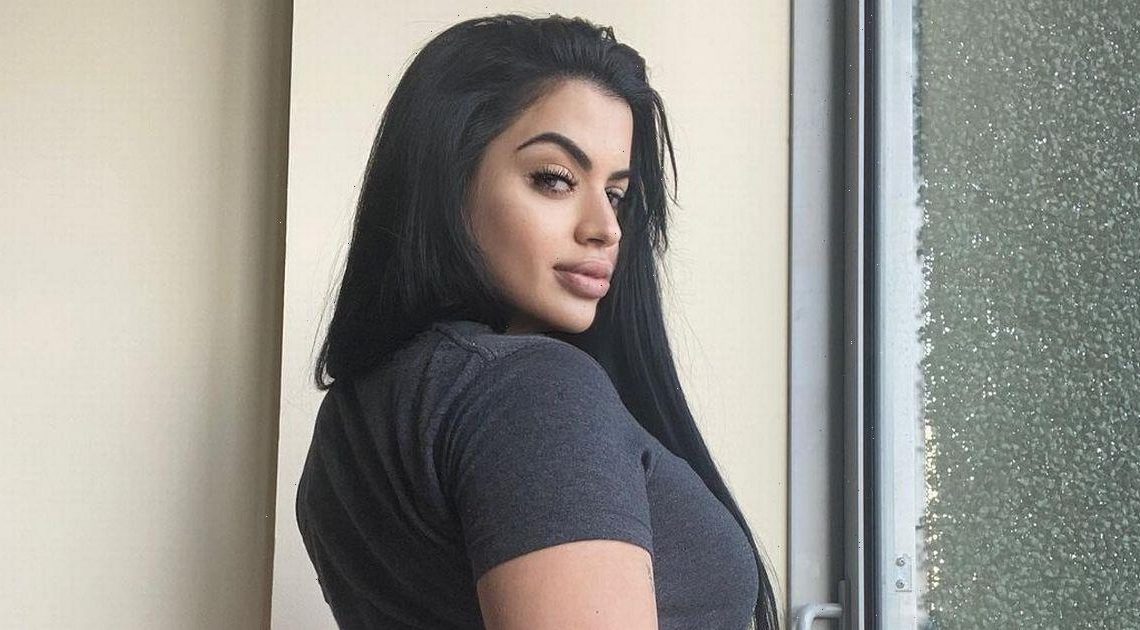 Model Lissa Aires has flaunted her famous rear in some new sexy snaps.

The stunner, who claims to have the 'biggest butt on OnlyFans' took to her Instagram to share the racy photo.

The 30-year-old was seen flaunting her prized booty in a teeny pair of grey hot pants, which definitely hugged her curves.

She posed with her back to the camera to make sure her behind was centre-stage.

The model teamed her hot pants with a dark grey T-shirt as she stared over her shoulder seductively.

Meanwhile her dark locks were styled straight as they were swept to one side.

Lissa shared a host of similar snaps as she captioned the shots with cheeky peach emoji.

Fans were certainly loving them, with her post racking up more than 16,000 likes.

One gushed: "Sexy my love," while another told her she was "looking lovely".

A third admirer described her as "My dream girl".

Lissa revealed at the end of last year that she'd spent £40,00 on plastic surgery to get the "biggest butt on OnlyFans".

She said at the time: "I want to have the best shape to take the photos, so I invested heavily.

"I always had curves, but I also always wanted to have the biggest bum.

"So I took the opportunity to remove all the fat from other parts of the body to put it where I really wanted."

Lissa's OnlyFans career is certainly proving lucrative as she reached her first million in August last year, thanks to the subscription-based site.

It seems she rear-ly knows what she's doing on there, that's for sure.

New dating app only works on one day a week
Entertainment