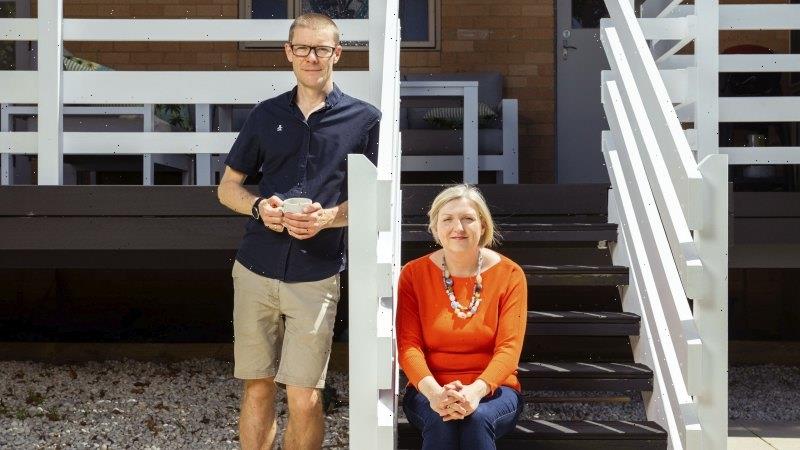 Millionaire nation: One in four Australian homes now worth more than $1m

One in every four homes across Australia is now worth $1 million or more, with property owners adding hundreds of thousands of dollars to their net wealth during the pandemic.

The valuation of the nation’s housing stock provided to The Sydney Morning Herald and The Age by research house CoreLogic has revealed property owners in greater Sydney are now more likely than not to have a million dollar home, with 52 per cent of homes worth seven figures. In greater Melbourne, more than a third of homeowners can make the claim their property is worth over this amount. 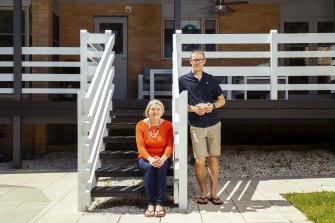 Even with a significant budget, Nicki and Paul Farrar found the market was moving too fast for them. They were relieved to get their home in Sydney’s Frenchs Forest in September.Credit:Dominic Lorrimer

The house price boom has been at its highest levels since the 1980s and prices have surged more than 20 per cent in the past year in many cities. In Sydney, about 16 per cent of homes are now worth $2 million or more, compared to 5 per cent across the country.

These price rises, driven in part by record low interest rates, have gifted property owners hundreds of thousands of dollars in the form of higher asset values. For others, it has meant taking on more debt to get a foot on the ladder or being unable to afford to get into the market at all.

Among those who found it hard to buy was 41-year-old couple Paul and Nicola Farrar. Even with a significant budget, they were getting outbid at auctions at the start of lockdown and found the market moving too fast.

The expats and their children moved from the UK to Australia in March 2019 before the pandemic hit and had been renting, but soon found themselves wanting to get into the booming real estate market with a house near their children’s school.

“COVID hit and the rental market dropped off completely. We decided to buy,” Nicola Farrar says. “It became clear prices were just going up and up and up.

“There was always somebody who seemed to have more money than us. It was very frustrating,” she says. “We were getting worried we’d be locked out, or we’d have to pay a lot more to get on the market.”

Now they’ve managed to get into the market, she says the overwhelming feeling is simply “relief”.

Property buyer’s agent Rich Harvey, who helped the Farrars secure their home, says the past two years were the “perfect economic storm” for property owners with homes for sale down by 30 per cent but a big rise in demand simultaneously.

“Now $1.5 million hardly gets you a house in many places,” he says. “We have seen the housing market value go from $7 trillion to $8 trillion to $9 trillion in a year and a half.”

The boom has made some Australians “real estate millionaires” and about a third of households live in a home they own outright. Between January 2020 and November 2021, the owner of a median priced Sydney house has gained almost $340,000 in net worth. Over the same period in Melbourne the increase has been worth almost $174,000.

There is no official figure on how many people are legitimately in the millionaire category once debt has been factored in, including significant mortgages taken on by some to get on the ladder. CommSec analysis of Australian Bureau of Statistics data for August shows the average mortgage size for a new home loan in NSW was $760,800 and in Victoria it was $629,300. New buyers typically have much higher levels of debt than long-term property owners and nationally the average new mortgage increased $80,000 over the past year.

But despite the rising level of debt, there are many who have benefited from the boom – at least on paper.

“Some are sitting on [millions] as lazy equity because they don’t have the knowledge or wherewithal to use it,” Harvey says. He says others have been tapping into new-found wealth by refinancing and building investment portfolios, of both properties and other assets, as well as renovating and buying new furniture and appliances for their homes.

But the years of seeing prices leap this quickly might soon be coming to an end.

“Over the last two weeks we have seen a bit of a pull back in the market. Lockdown was the most intense period, and it is easing off,” Harvey says. “When you track what happens post-boom there are often small corrections.”

He does not expect any major price declines, but says the wild card is interest rates and how fast the Reserve Bank may increase them over the next few years. RBA governor Philip Lowe last week said he still thinks keeping rates at record lows until 2024 is “plausible” but the market is increasingly anticipating an earlier rate rise potentially as soon as late-2022. Harvey predicts a small rate increase by the end of next year and slower but growing prices.

ANZ senior economists Felicity Emmett and Adelaide Timbrell now expect capital city prices to rise 6 per cent in 2022 and then fall 4 per cent in 2023, due to rising fixed mortgage rates, more supply on the market and buyers unable to afford more increases.

“We are forecasting the strongest gains in Brisbane (9 per cent), Hobart (8 per cent), Melbourne (7 per cent) and Sydney (6 per cent),” their latest research predicts for 2022.

While some have grown their wealth during the boom, others have been left much further behind. Modelling by the Greens shows for a couple on a median wage it will now take 11 years to save a 20 per cent deposit to afford a median priced house in Sydney and nine years in Melbourne. This relies on there being no price growth over this time and the couple being able to save 15 per cent of their gross income annually.

If prices increase at typical annual levels, the couple would never be able to save fast enough in either city.

Affordability concerns are front-of-mind for both Labor and the Coalition in the lead up to the 2022 federal election. An inquiry into housing affordability and supply issues led by Liberal MP Jason Falinski is due to report next year.

Greens leader Adam Bandt says prices have risen faster than would-be first home buyers can afford to save, with wages growth not keeping up during the pandemic. He is also concerned about tax incentives helping investors buy and hold multiple rental properties.

“It’s a crisis, it’s creating a two-tier society denying some a home while helping others own six or seven properties,” Bandt says, adding the Greens will ensure housing affordability is one of the topics at the front of its election campaign.

“There needs to be a mind shift. We need to think about housing as a human right and look at providing an alternative pathway into affordable homes for those who can’t afford [to save a large deposit],” he says.

CoreLogic head of Australian research Eliza Owen says the boom has been created by record low interest rates, driven by the pandemic’s effect on the economy, and it may also be slowed by RBA decisions over the next few years.

“It is definitely a function of the monetary policy reaction to the pandemic. It has created a much more expensive market due to the reaction to the economic crisis,” Owen says.

“It’s now subject to the cash rate,” she says. “As the market corrects some will fall out of the million dollar club, but we know that with each property cycle prices go up and tend to stay up overall.”

Fascinating answers to perplexing questions delivered to your inbox every week. Sign up to get our new Explainer newsletter here.