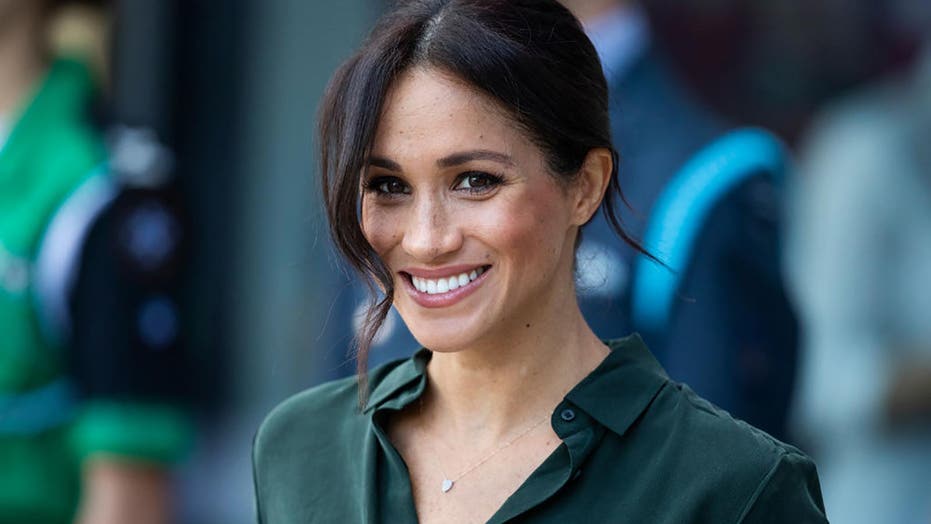 Fox News Flash top headlines for May 26 are here. Check out what’s clicking on Foxnews.com

It might be hard to believe, but there was a time when Meghan Markle wasn’t famous enough for fashion designers.

Before she married Prince Harry, Markle was a working actress. While she was a regular on "Suits," she apparently wasn't appearing in enough movies for the fashion industry to notice her.

Markle’s makeup artist and longtime friend, Daniel Martin, discussed the Duchess of Sussex’s history with Gayle King for the CBS special “Meghan and Harry Plus One.” While designers might be desperate to catch her attention now, that wasn’t always the case.

“There were times when designers wouldn’t send her anything because she wasn’t an A-list actress or she wasn’t doing movies,” Martin said. Now, she’s considered a style icon, and the outfits sell out after she’s seen wearing them. "She always had such an innate sense of her own style so I’m happy people can see that," Martin said.

Apparently, after being ignored by stylists, Markle learned to fend for herself. Now that she’s got options, she’s still picking out her own outfits. “She doesn’t have a stylist, everything she wears she picks herself,” he continued. “No stylist. It’s pretty incredible that she can manage all of this.”

Martin also discussed some of the rumors swirling around Markle, and her apparent reputation of being demanding. An emotional Martin told King, “I know her so well and I know she doesn't deserve all this negative press.”

What Are Lady Gaga's Religious Beliefs?