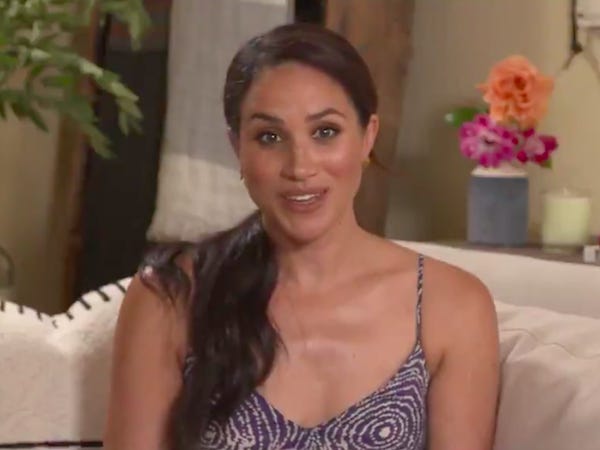 The Duchess of Sussex has opened up about why she has not returned to social media since resigning from the royal family, saying she made the choice for her "own self-preservation."

Speaking at Fortune's Most Powerful Women Next Gen Summit on Tuesday, Meghan Markle compared being a social media user to being a drug addict.

When asked by the interviewer Emma Hinchcliffe what strategies she has developed to stay active online in a healthy way, the duchess said she decided to stop using it and compared social media to using drugs.

"I have, for my own self-preservation, I have not been on social media for a long time," the duchess said.

"I had a personal account years ago which I closed down, and then we had one through the institution and our office that was in the UK. That wasn't managed by us, that was a whole team.

"And so I think that comes with the territory with the job that you have. I made a personal choice to not have any account, so I don't know what's out there. And in many ways that's helpful for me."

Markle compared social media obsession to drug addiction, saying: "I have a lot of concerns for people that have become obsessed with it.

"And it is so much a part of our daily culture for so many people that it's an addiction, like many others.

"There are very few things in this world where you call the person engaging with it 'a user,'" she continued.

Markle's comments are reminiscent of comments Prince Harry made last year, shortly after he and Markle created their first joint Instagram account together.

"Growing up in today's world, social media is more addictive than drugs and alcohol," Harry said at a mental health conference in April 2019.

"Yet it's more dangerous because it's normalized and there are no restrictions to it. We are in a mind-altering time."

The Duke and Duchess of Sussex launched their account Sussex Royal in April 2019. They broke a Guinness World Record after reaching one million followers in less than six hours, becoming the fastest account to do so at the time.

The couple announced they would stop using the account on March 30, the same day that they officially resigned from their roles as full time working royals.

The account has 10.6 million followers at the time of writing.

Gal Gadot responds to the backlash against her infamous ‘Imagine’ video: ‘I just wanted to send light and love to the world’
Entertainment