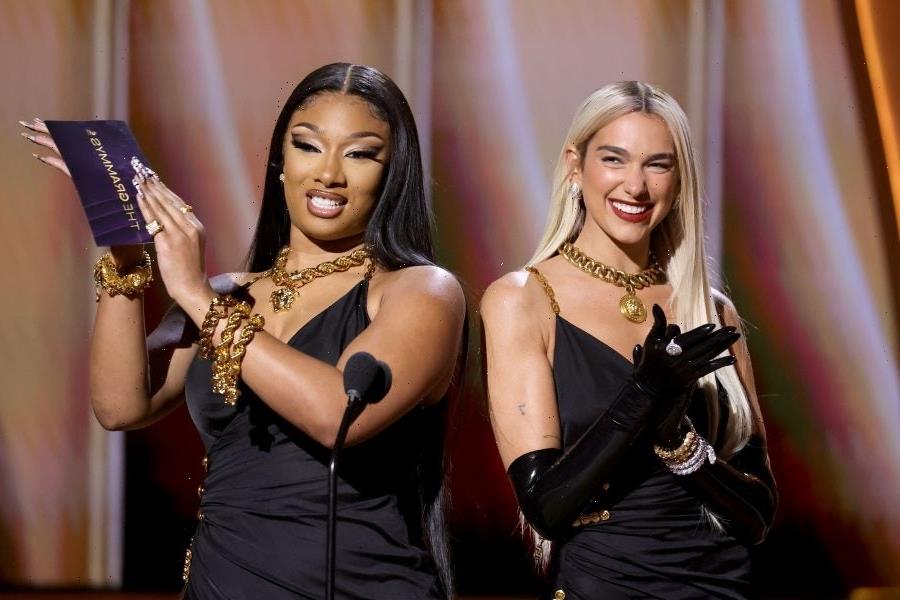 During the 1998 MTV VMAs, Mariah Carey and the late Whitney Houston, were onstage presenting the award for Best Male Video. Ben Stiller introduced them both as “the greatest singer in the world.” Once the two divas arrived at the podium, they “realized” they had on the same chocolate Vera Wang dress, playing on a psuedo-rivalry.

Mariah ripped off some of the attached cloth from hers, turning it into a shorter dress with a long back. Whitney did the same, revealing a new look as well.

Donatella Versace, the fashion designer and chief creative officer of Versace, then walked onto the stage from the audience. Taking away the detachable portion from each dress, she revealed distinct looks for both artists. While both wore latex pants underneath, Dua Lipa’s dress was a mini and Megan’s had an asymmetrical hem. Their gold jewelry differed as well. Additionally, Megan’s ensemble did not include gloves.

The allusion was a hit, with Twitter users immediately recognizing the skit’s inspiration.

Oh, and the winner of the Best New Artist award? None other than Olivia Rodrigo, the queen of the teens.