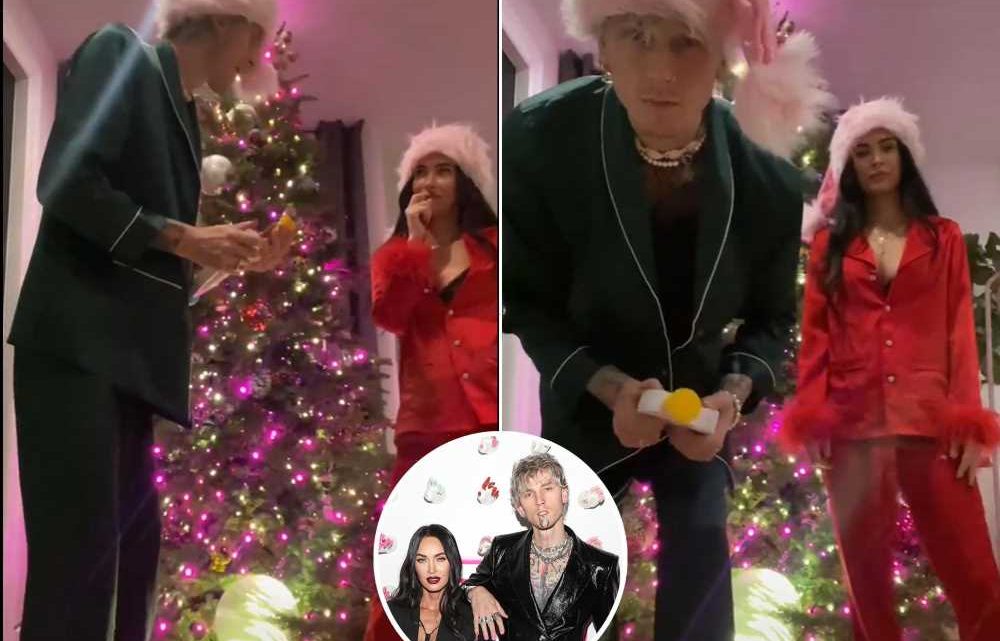 Megan Fox and Machine Gun Kelly celebrated the holidays with a pajama party for two.

On Wednesday, the 31-year-old rocker took to TikTok to share a silly clip of the couple standing in front of their Christmas tree while clad in festive silk sleepwear.

Fox, 35, wore a red feather-trimmed Nadine Merabi set ($200) — unbuttoned, of course, to give a glimpse of her black bra beneath — while MGK coordinated in forest green PJs with white piping. Matching pink Santa hats topped off their yuletide looks.

In the clip, we see the “Papercuts” singer kicking off a lively round of Bop It — only to wreck the throwback toy by bopping it just a little too hard on his backside.

“You broke it!” one of Fox’s sons can be heard exclaiming in the background, as the actress deadpans, “Why?”

“Break it, I mean, bop it,” Kelly captioned his TikTok, which has already racked up over 17 million views and counting. 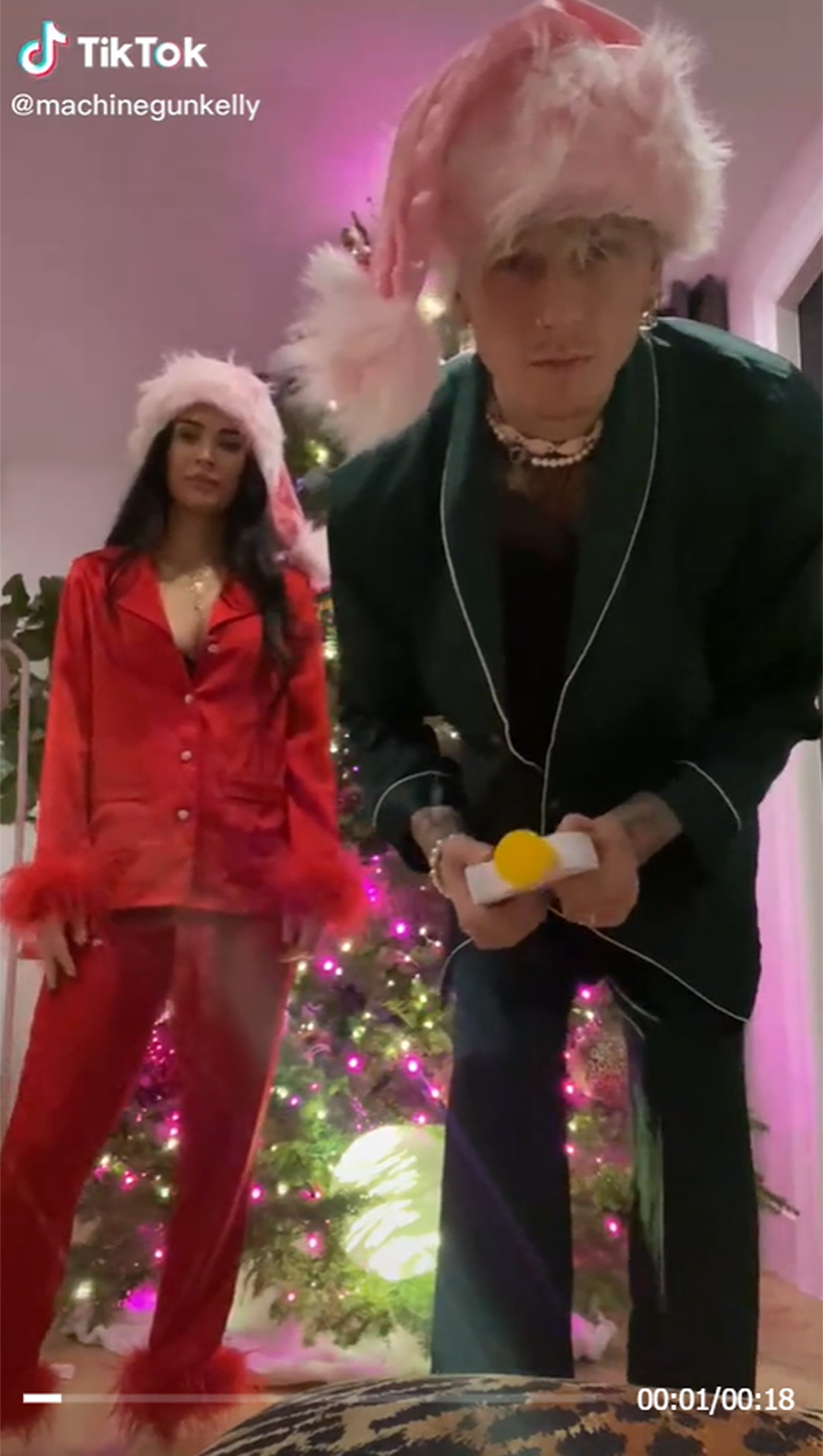 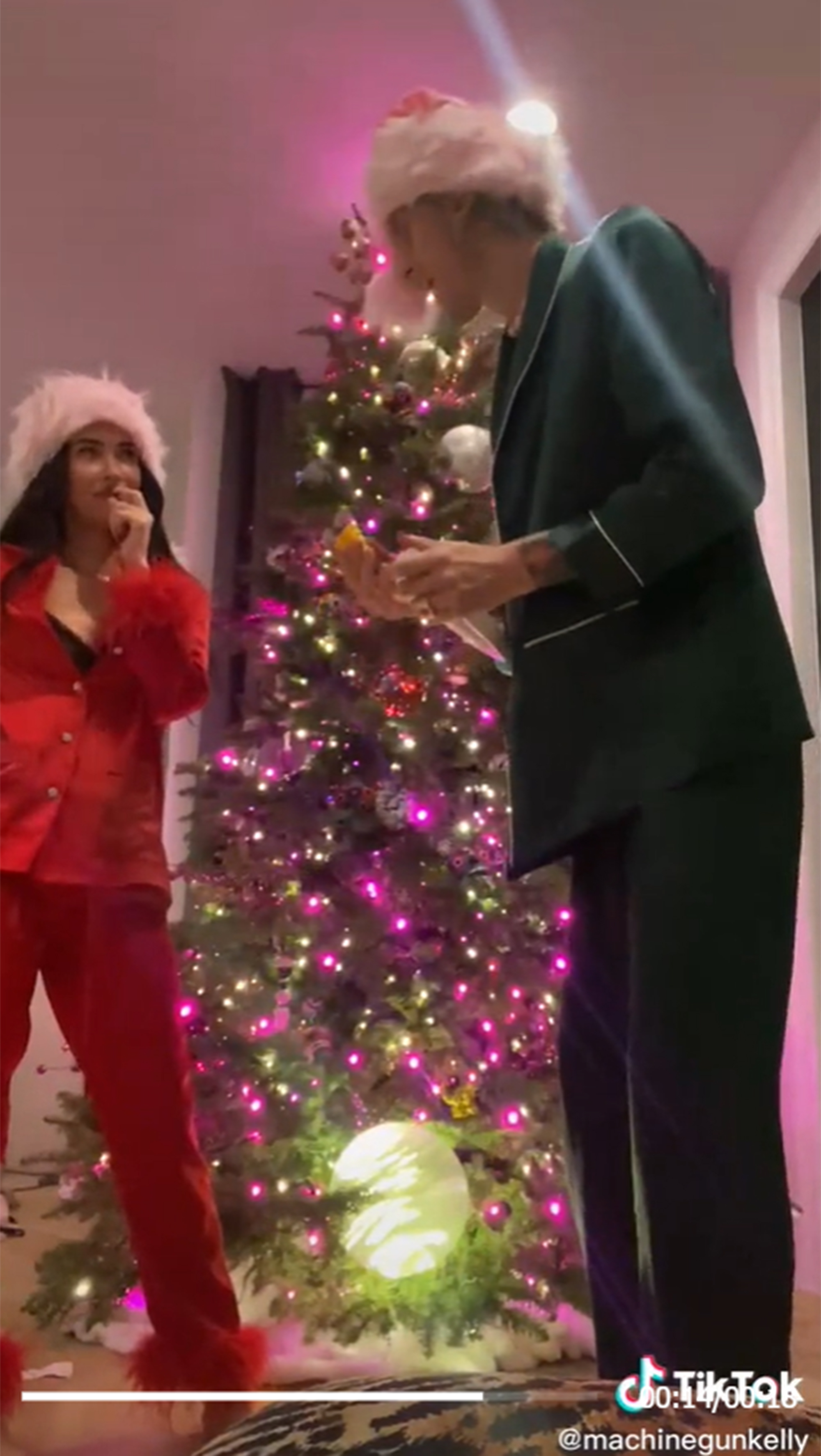 While the pair might not be the best at nostalgic audio games, they clearly cemented their sexy couple style this year.

In addition to matching in black at the Billboard Music Awards (a barely-there cutout dress for Fox, a painted tongue for MGK) and going red hot at September’s VMAs, they’ve rocked many a his-and-hers manicure — even showing up at a party earlier this month chained together by their nails. 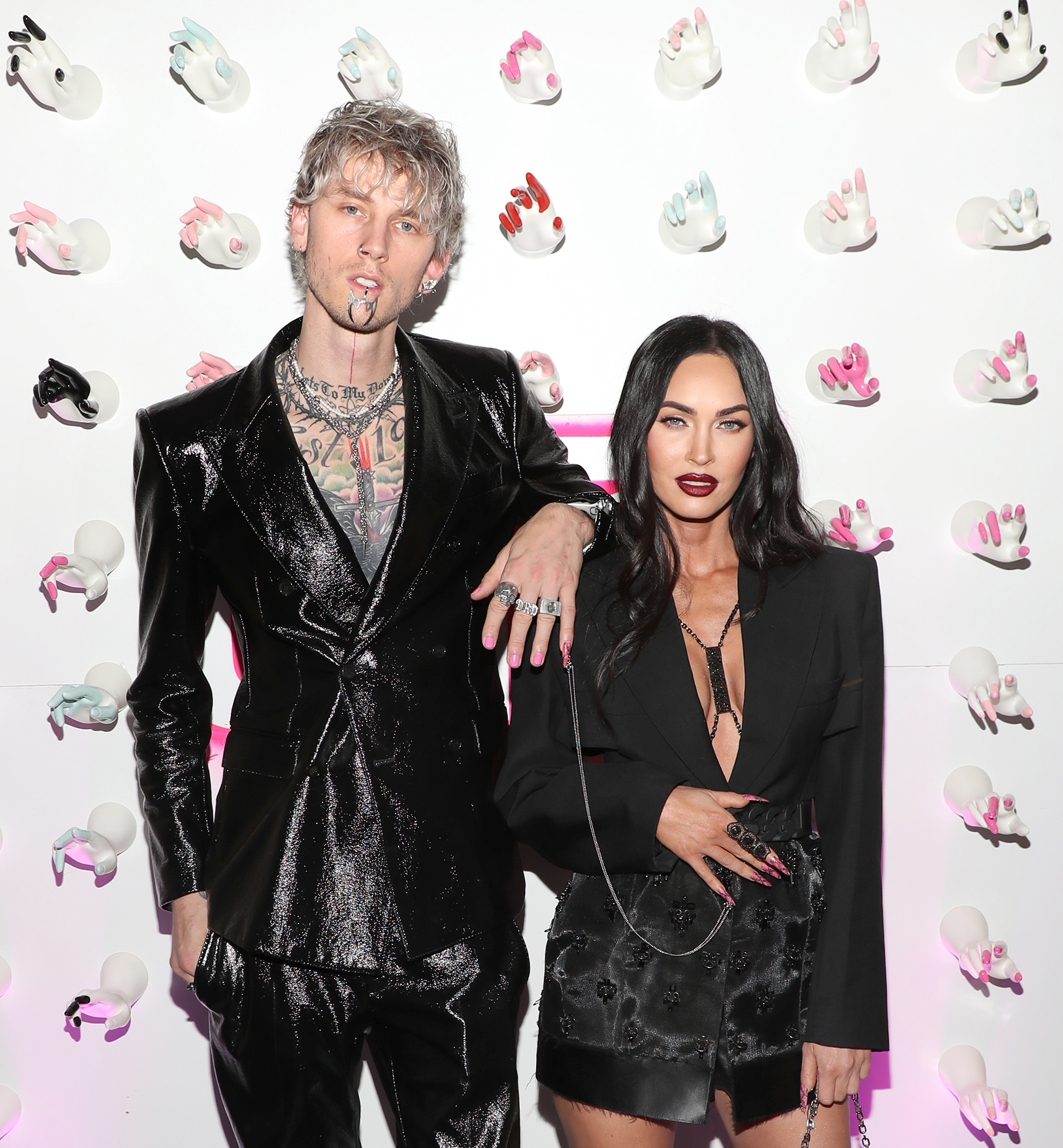 “I’m heavily influenced by whatever he pulls out of his closet,” Fox told The Post of Kelly in September, adding that her beau is “always wearing something insane.”

“I haven’t seen two grown adult people match their outfits this way,” she continued. “There’s a fun element that maybe people have been missing … You know, we’re not too serious.”