Leave it to Megan Fox to make a cardigan look sexy

While sharing a set of mirror selfies, the 35-year-old actress revealed that the large dining table behind her may have been used for more than just breakfast.

“When I tell you that the table at this air bnb saw some things 🥵,” Fox captioned the photos.

Though it appears the 31-year-old rapper has since deleted his comment, thankfully the professional screen grabbers @commentsbycelebs caught it early.

Here’s to hoping they paid the extra cleaning fee.

Fox and MGK are no strangers to oversharing about their steamy relationship — especially when given the chance to indulge in some PDA.

Kelly even copped a feel while walking the red carpet at the iHeartRadio Awards in June while recording video for his Instagram.

“Goddamn, my love, you look so good,” he said while caressing her boob as she laughed and instructed him to grab from “underneath.” 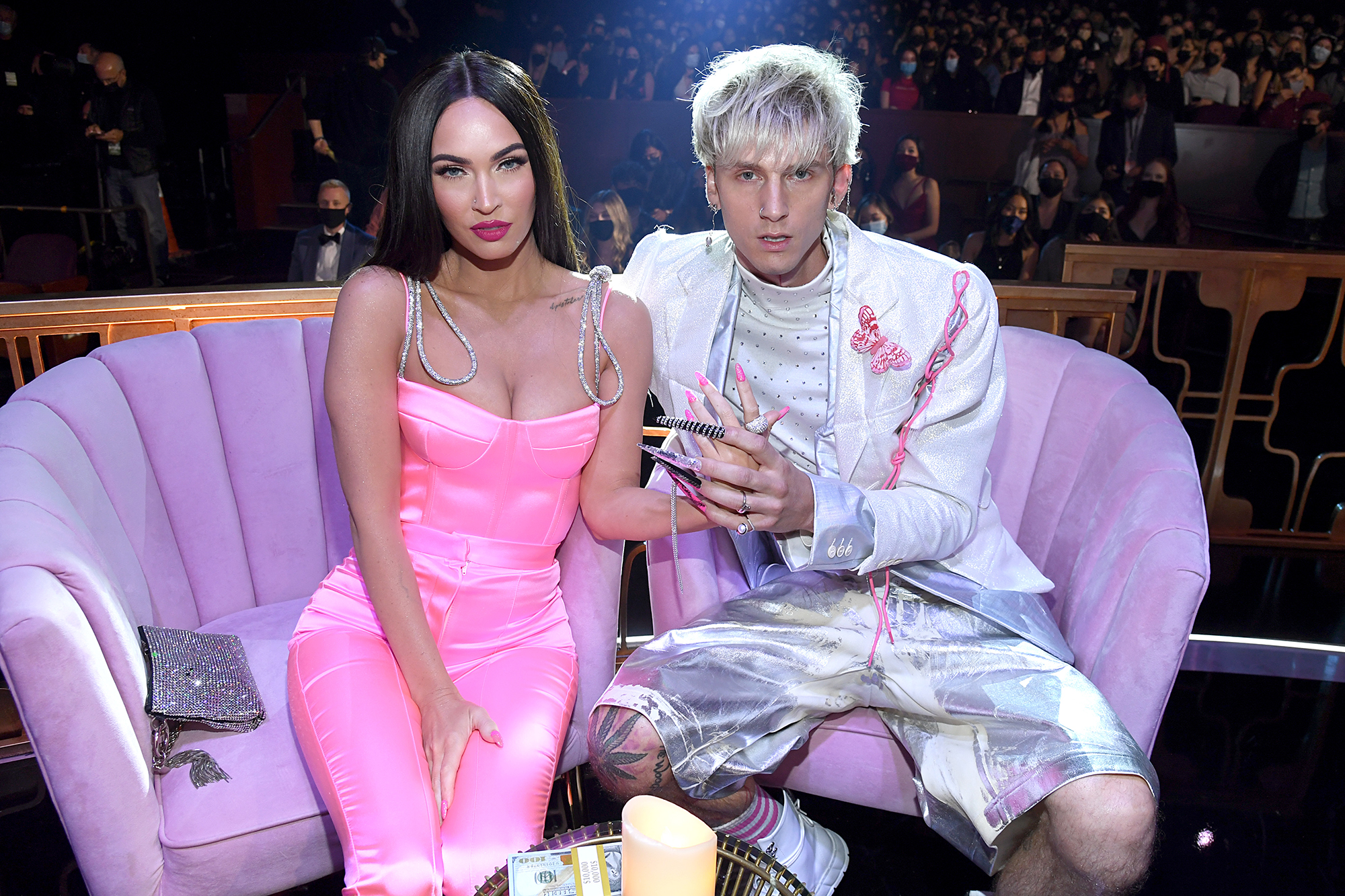 In July, Fox revealed that she and the “Bloody Valentine” singer drank ayahuasca, a psychoactive tea, together while on a trip to Costa Rica. She detailed the 3-day experience, which included group vomiting with at least 20 other people, during an interview on “Jimmy Kimmel Live.”

“It’s all a part of making you vulnerable so you surrender to the experience,” Fox explained, later sharing she went to “Hell for eternity” on the second night.