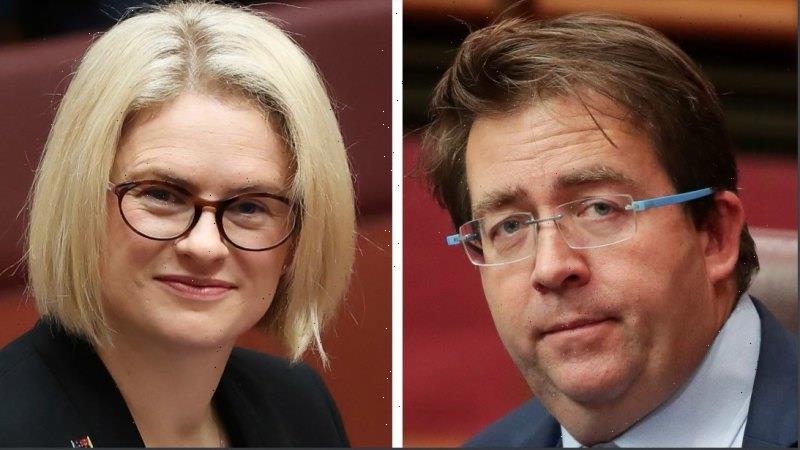 James McGrath has secured the No.1 spot on the Queensland LNP Senate ticket in a loss for the growing Christian right faction of the party.

After the hard-fought preselection showdown against Amanda Stoker, Senator McGrath has landed the coveted first place and a guaranteed six-year stint in the Australian Senate with a convincing win of 212 votes to her 101. 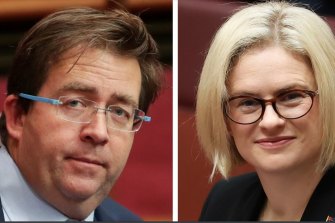 James McGrath ha triumphed over Amanda Stoker in a hard-fought battle for the top spot on the Queensland LNP senate ticket. Credit:Alex Ellinghausen

Hundreds of LNP delegates, including state and federal MPs, gathered in Brisbane on Saturday morning to hear final pitches from the candidates, before votes to finalise the order.

Under party rules, the Liberals get the safe first spot on the ticket as well as the third spot, which went to Senator Stoker with Nationals senator Matt Canavan assigned the second spot.

The third position is still considered winnable, with the Coalition securing at least three Queensland senate seats at every federal election since 1998.

Party insiders say the preselection battle symbolised a crossroads for the Queensland LNP, which is on the verge of a top-to-bottom clean-out of its ranks.

An internal review into the party’s pummelling at last year’s state election was expected to drop this month.

LNP state leader David Crisafulli hopes the review will be a catalyst to bridge bitter internal divisions that have been accelerated by lawsuits, an attempted leadership coup and a mass exodus from the state executive weeks out from an election.

Former state leader and architect of the 2008 merger of the National and Liberal parties in Queensland, Lawrence Springborg, is tipped to make a return to the top brass of the organisational wing to quell infighting and restore stability.

Mr Springborg, who retired from state politics in 2016 and is now the Goondiwindi mayor, was dumped as one of three party trustees on the state executive last year.

His supporters believe he was removed as trustee after privately criticising decisions of the party’s organisation wing and its acting president Cynthia Hardy.

In a move that shocked many and angered some within the party’s rank and file, former premier Campbell Newman was appointed as a trustee by the state executive on Friday afternoon.

“This will give Labor free reign to bring up all of the mistakes of the past, which I suspect will greatly annoy David Crisafulli who has been trying to separate himself from the Newman era,” a party source said.

“A lot of people want to see a total clearout of the executive positions so the party can reset and refocus.”

Ms Hardy said Mr Newman would “give great impetus to our fundraising and asset-building”.

“Labor will complain and criticise, as they always do, but the LNP will be much better off for his contribution,” she said.

The growing revolt against party establishment – known as the “cabal” – has seen moderates and conservatives team up to oust members of the leadership who have controlled the LNP since the merger.

The federal Senate preselection was considered another test of the new alliance, with Peter Dutton-led conservatives joining with moderates to push Senator McGrath to the top of the ticket.

Senator McGrath, 46, who used his first speech to the Senate in 2013 to accuse the ABC of only representing “inner-city leftist views” and called for the privatisation of Triple J, relied on support from more progressive delegates.

A proven political operator, he directed Mr Newman’s landslide 2012 election campaign and was rewarded with a seat in the upper-house the following year.

He resigned from the outer ministry in 2018 to support Mr Dutton’s failed challenge to Malcolm Turnbull’s leadership, but has remained popular within the party.

Senator Stoker, 38, who was believed to have the support of Prime Minister Scott Morrison was promoted to the outer ministry in the recent reshuffle.

She entered the Senate in 2018 via the casual vacancy created former attorney-general George Brandis and serves as Assistant Minister for Women and Industrial Relations.

An effective networker, she is also Australia’s Assistant Attorney-General, having worked as a barrister, a Commonwealth prosecutor, a High Court and Supreme Court judge’s associate and a solicitor before politics.

Considered by some as an “arch-conservative” she has enjoyed a meteoric rise as a Coalition senator and is expected to continue her climb if Mr Morrison is returned as Prime Minster at the next election.