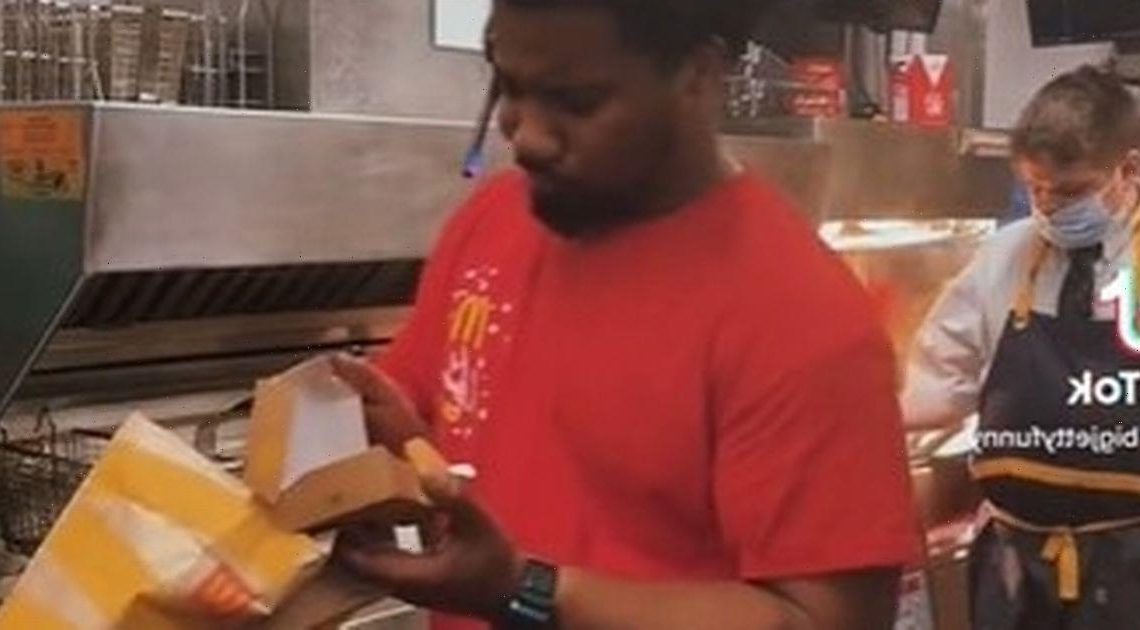 A McDonald's worker has shared how he deals with the dilemma of a picky customer asking for "fresh" chicken nuggets at the busy fast-food restaurant.

In a TikTok video, user @bigjettyfunnyreveals a cooking hack that gets the nuggets "hot and crispy".

The McDonald's employee can be seen handling some boxed chicken nuggets near a deep fryer with on-screen text explaining: "When a customer asks for fresh nuggets…"

He then shows the chicken nuggets going into the frying basket to be heated through in the boiling oil.

"Just re-drop them, he writes. "Good as fresh ones."

"At least they’re hot and crispy," he said in the caption of the video that has been watched 1.2 million times and had hundreds of comments.

Most viewers were in agreement and said they weren't complaining as long as the food they ordered was nice and hot.

One said: "I'll honestly be fine with that, fresh at fast food to me is hot. I just don't want cold food."

"Man, I don’t even care as long as they hot and not hard as rocks," agreed a second.

Sharing their own tip, a third viewer said: "Cold McDonald’s nuggets in the air fryer for 4 minutes on 375, even better than fresh."

Another person said: "I work in food. I was expecting all these comments to be hostile. It’s cool to know some people don’t care."

McDonald's chicken nuggets are made off-site and come into the restaurants frozen where they are then deep-fried in oil to get them piping hot and ready for dipping.

It's not clear if it's common practice to fry the nuggets again when they cool down but "twice-fried" chips and chicken are often seen as desirable because it makes for an extra-crispy coating.

This comes after an enraged McDonald's customer in Florida was caught on CCTV throwing a Happy Meal at drive-thru staff when her voucher wasn't accepted.

She left a bruise on one of the Maccies workers and then gave them the middle finger, before storming off in her car.