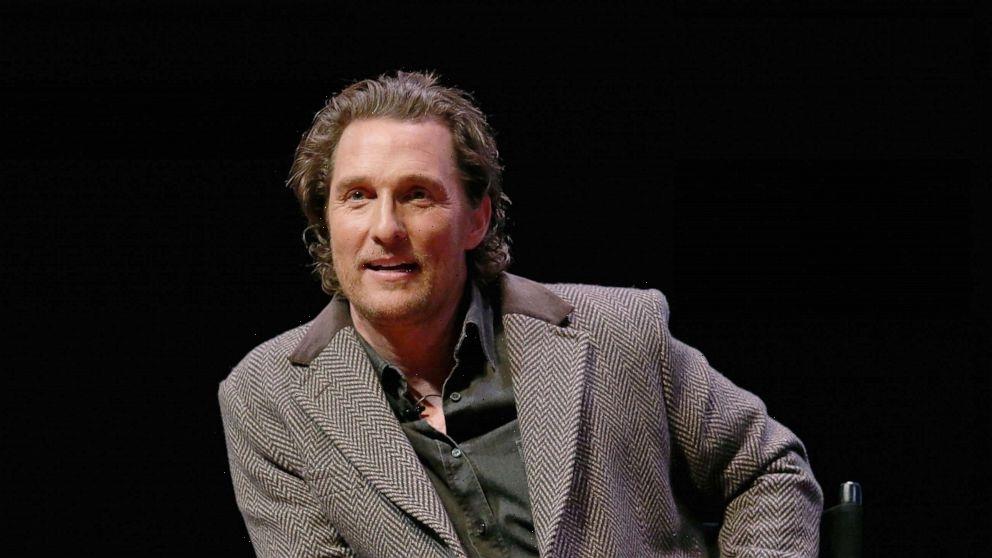 Matthew McConaughey is opening up about his decision to quit rom-com movies.

In an interview with AARP, the 51-year-old actor recalled the moment he decided to move on from movies such as 2001’s “The Wedding Planner,” 2003’s “How to Lose a Guy in 10 Days” and 2006’s “Failure to Launch” in an effort to pursue more serious, dramatic roles.

“I remember saying, ‘Eff the bucks, I’m going for the experience,'” McConaughey shared. “I was the go-to rom-com guy. I enjoyed making them and they paid well. I was leading a successful life as an actor. But there’s a certain buoyancy built into rom-coms that isn’t about hanging your hat on humanity, like a drama is … and I wanted to do work that reflected my personal vitality.”

The actor also said things were changing in his personal life that inspired the desire for different roles.

“I found the love of my life in Camila,” he recalled of now wife Camila Alves, whom he married in 2012 and now shares three children. “We had a newborn coming.”

McConaughey said everyone thought he was “out of my freaking mind” to make the switch, but that Alves stood by him and supported him — even knowing it might take time for Hollywood to stop typecasting him. Thus began McConaughey beginning to say no to every rom-com script that came his way — even turning down one for $14.5 million at one point.

“Word got around Hollywood I’d done that, and they said, ‘McConaughey’s not bluffing. Quit sending him romantic comedies!'” he said.

It would take two years of seriously turning down offers before McConaughey reemerged on the scene in films like 2011’s “The Lincoln Lawyer” and 2013’s “Dallas Buyer’s Club,” the latter of which won him a best actor Oscar.

Now, the “True Detective” star is looking at making another drastic change in his career.

“In my next chapter I’ll step into some sort of leadership position, but I don’t know what that is yet. Politics? Another book? A ministry? The crux of it is to help others,” he explained. “We’re coming out of a time of limbo and evolving, as people and as a nation. We’ve got to come together and have some sort of unity — I think everyone can agree we can use that.”

The Safest Eyeliners To Use For Tightlining
Entertainment