Home » Lifestyle » Matt Heath: Why Colin is smarter than your average dog 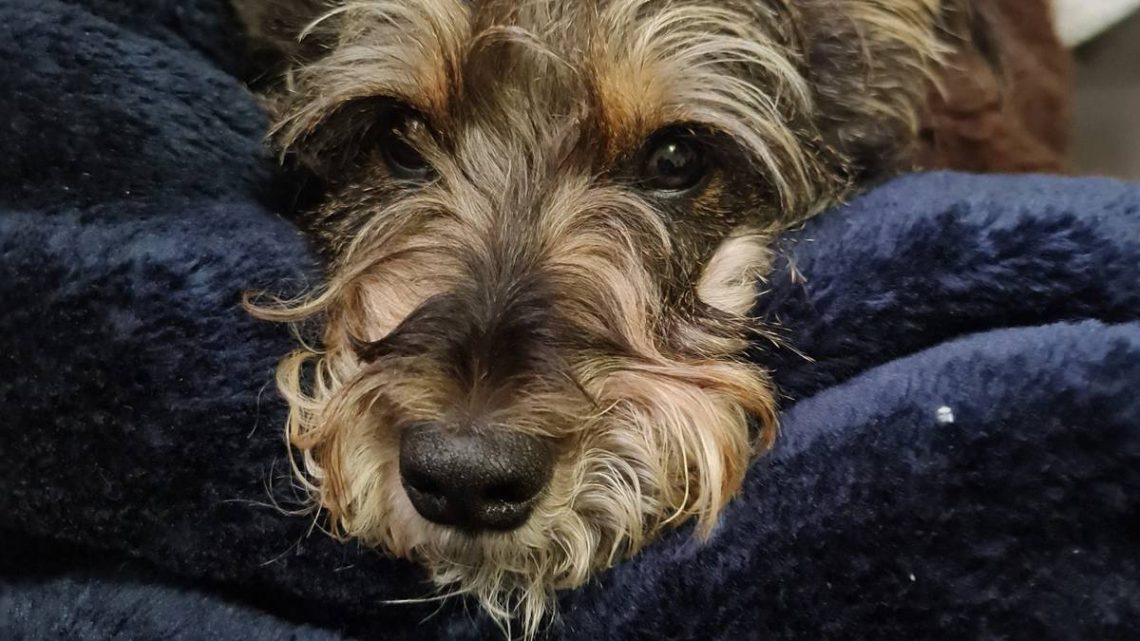 Late Thursday night, I received a bloody communication from an imbecile.

Arriving home after midnight, I entered my dark and eerie house. Angry rain beat against the windows as I crept down the hallway to my bedroom.

I slammed the door behind me in a panic only to hear ominous breathing in the room “huuuuuh heehhh, huuuuuh heehhh”.

Terrified, I scurried into my bed to hide.

“Ahhhh! No, no, no!” There was something under the duvet with me. It was cold, slimy and skeletal. Slowly, with shaking hands, I lifted the sheet and saw it – a fleshy tibia.

How did such a hideous object get in there? Who would do such a thing?

In the dark, I could hear that breathing again, “huuuuuh heehhh, huuuuuh heehhh”. It was then I realised to my horror that whoever placed the object was still there in the bed with me.

Then I saw him staring at me with sad eyes, mouth wide open, drooling. I was compelled to utter the words “what a good boy, aww, who’s a good boy?”

It was my dog, Colin, under the covers with his disgusting lamb bone. The message being sent: “I am the smartest, cutest dog in New Zealand”.

My four favourite people on this planet are my two sons, their mum and my dog, Colin.

He’s a mini schnauzer/Jack Russell cross. So lovable, so stinky.

I’ve always assumed Colin was dangerously dumb. He can slip out his doggie door but hasn’t worked out that it works both ways; he’s tiny but thinks he can take on the Great Dane down the road; recently, he mistook a shag pile rug for a place to defecate. Dumb.

Yet, the burying of his bone in my bed suggests higher brain function. That act required premeditation, problem-solving and dexterity.

When I roast a leg of lamb, I throw the bone onto the back deck for Colin. He’s too useless to bury it, so he guards it where it lands. He broods over it, watching it day and night. He lives to protect it from the cats. The bone possesses him like the One Ring does Gollum.

Unfortunately, protecting his bone interferes with his love of sleeping on my bed. It vexes Colin. He’ll run down the hall, jump on the bed, settle for a minute, run back and check his bone, then come back again. He’ll repeat that hugely annoying pattern all night.

At some point, it got too much for him, and he formulated a plan. He came up with a way to guard his bone and also sleep on my bed. In the dark of night, he dragged that dirty, bloody, meaty, stinky thing all the way down the hall, hoisted it on to my bed and buried it under my nice, clean sheets. That’s intelligent.

According to neuroscientist Suzana Herculano-Houzel from the Vanderbilt Brain Institute, dogs usually possess 530 million neurons in their cerebral cortex. Well below the 16 billion neurons I am running as a human – but pretty good. What a clever boy!

Stephen Lea, professor of psychology at the University of Exeter, claims dogs aren’t as smart as we think, and that we project our intelligence on to them.

“In dogs’ lives, the solution is always to look at the human. How do you get food? How do you get through the gate? The human does it all for them. They don’t need to understand those things.”

If this is true, Colin is smarter than most. He didn’t look at me to solve his bone conundrum. I didn’t help him put that filthy thing in my bed. In fact, I didn’t want it in there at all. It was Colin’s revolting plan, his filthy obsession.

The wee man had a problem and he solved it using his brain. It was a clear message: “I am Colin, I am an intelligent goal-orientated achiever”.

Anyway, I hiffed the bone out the back door. If it ends up in my bed again, he’ll be getting the spray bottle.