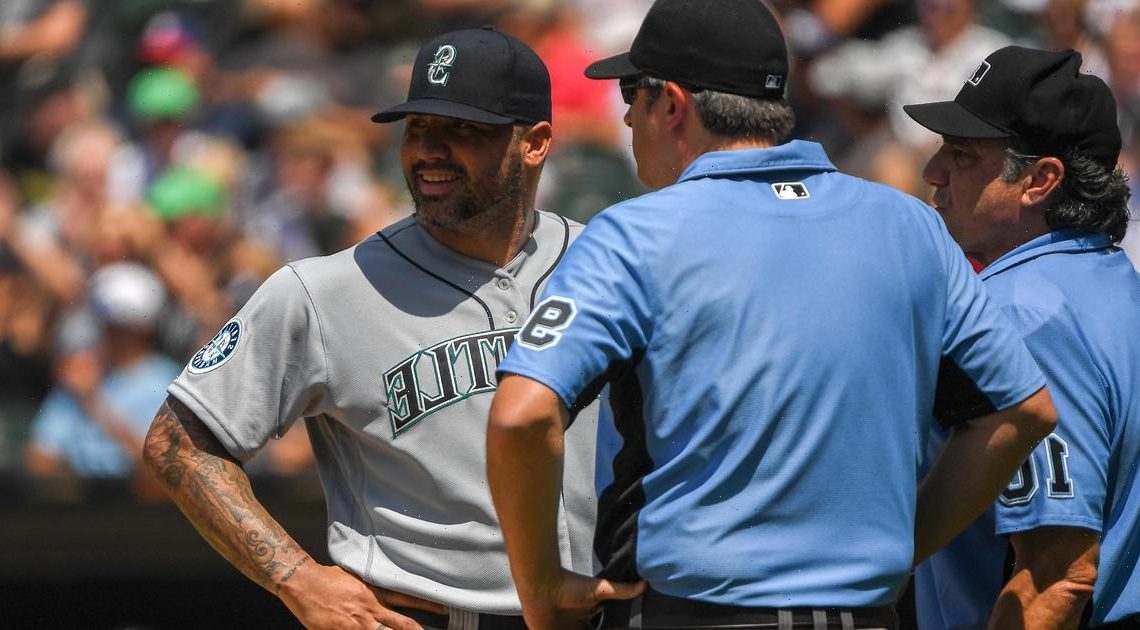 Seattle Mariners pitcher Hector Santiago was ejected from Sunday’s game against the Chicago White Sox after umpires checked his glove and discovered a sticky substance on the inside. This is the first ejection since Major League Baseball began cracking down on pitchers’ use of foreign substances.

#Mariners Hector Santiago is ejected after check of his glove.#SeaUsRise pic.twitter.com/PRwBjMXlro

The 33-year-old left-handed pitcher was replaced midway through the fifth inning after umpires checked his glove — a requirement under the new league rule.

Crew chief Tom Hallion said the substance was “very noticeable” and that all of the umpires had agreed on the decision.

Santiago insisted the substance found inside his glove was legal. “All I used was rosin,” he said. “I used it on both sides, trying to keep that sweat from dripping down to the hands. That’s the only thing — I used rosin, that’s about it.”

Hector Santiago says he was using nothing illegal and it was just a mixture of sweat and rosin that turned sticky. pic.twitter.com/CtU1tamf8G

Mariners manager Scott Servais said the stickiness was likely due to a reaction between the rosin and sweat due to the heat and humidity during plat. “They’re following the rule,” he said. “They can go ahead and look at it. There’s no sticky stuff in the glove.”

MLB allows for pitchers to use rosin to help them grip the ball. Mixing rosin with other substances, such as sunscreen — previously a common additive for pitchers — is against the rules.

Santiago is currently in his first season with the Mariners. He has previously played with the White Sox, Los Angeles Angels, Minnesota Twins and New York Mets.