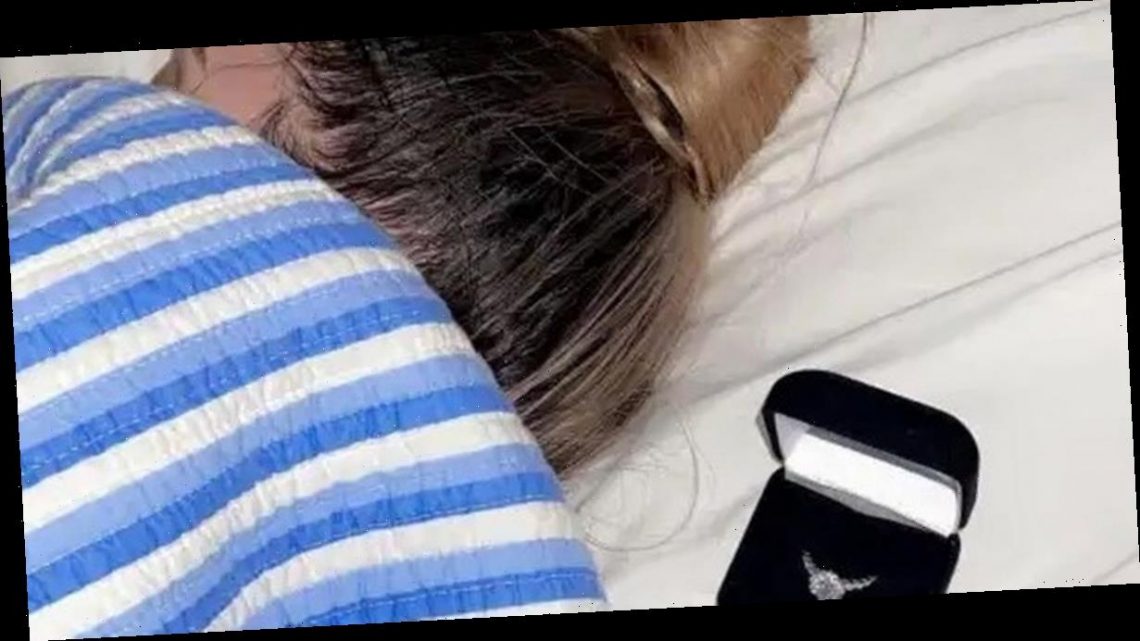 A romantic fella popped the question to his girlfriend for weeks without her even realising.

Steven Kurtz, from Pennsylvania, US, had a genius way of asking his partner to marry him.

His other half Liz Bruner was oblivious to the fact that an engagement ring was in the same room as her.

The bloke shared a series of comical photos on Facebook to show his adorable little plan.

He wrote: "She said yes. Little did she know it was right next to her this whole time."

In one photo, the ring can be seen lurking behind Liz as she played video games, while another shows the diamond next to her pillow.

A third image flaunts the ring while Steven's girlfriend played golf and a fourth was of her walking ahead on a stroll.

Liz clearly had no idea what was coming her way as a final photo shows Steven getting down on one knee and popping the question.

Since the fella shared his proposal idea on social media, it was shared thousands of times and fans gushed at the photos.

While another said: "All of these pictures are adorable. No she had no clue that ring was everywhere with you."

And this isn't the first proposal we've seen in weeks.

Previously, passers-by spotted the moment a man popped the question to his partner.

The wedding proposal was caught on camera as people gushed when they read the cute message on the window.

Bright gold balloons were spelled out "will you marry me" beside the window of the tall apartment building.

Pictures of the heartwarming surprise were posted on Reddit with users praising the smitten couple.

When it was shared at the time, it garnered more than 106,000 upvotes with hundreds of adorable comments.

One gushed: "This so cute! And I would love to see this, like it makes you feel apart of it somehow. God I hope she says yes!"