Before popping the question, a bloke got a custom made engagement ring up.

The silver band features two heart-shaped gemstones next to each other, a ruby and a topaz.

These jewels represent the birthstones of the chap and his girlfriend.

And while she was chuffed with the design, Facebook users thought the sparkler looked a bit odd.

Pictures of the ring were posted to a wedding shaming group on Facebook.

The response to the engagement ring was overwhelmingly negative.

Another joked: “If McDonald’s made engagement rings.” 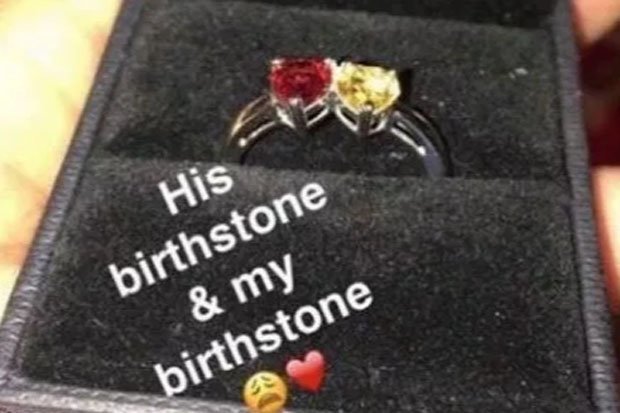 Despite the negativity, some thought the birthstone idea was a nice one.

“It’s so usual from the usual engagement ring and something special to them.

“Good luck to them in the future.”

Want to read more about proposals?

Previously, a bloke asked his girlfriend to marry him by using a Big Mac.

And when a rich man popped the question in a Lamborghini, he was brutally rejected.

Meanwhile, this engagement ring went viral because it looks like a prolapsed bum.