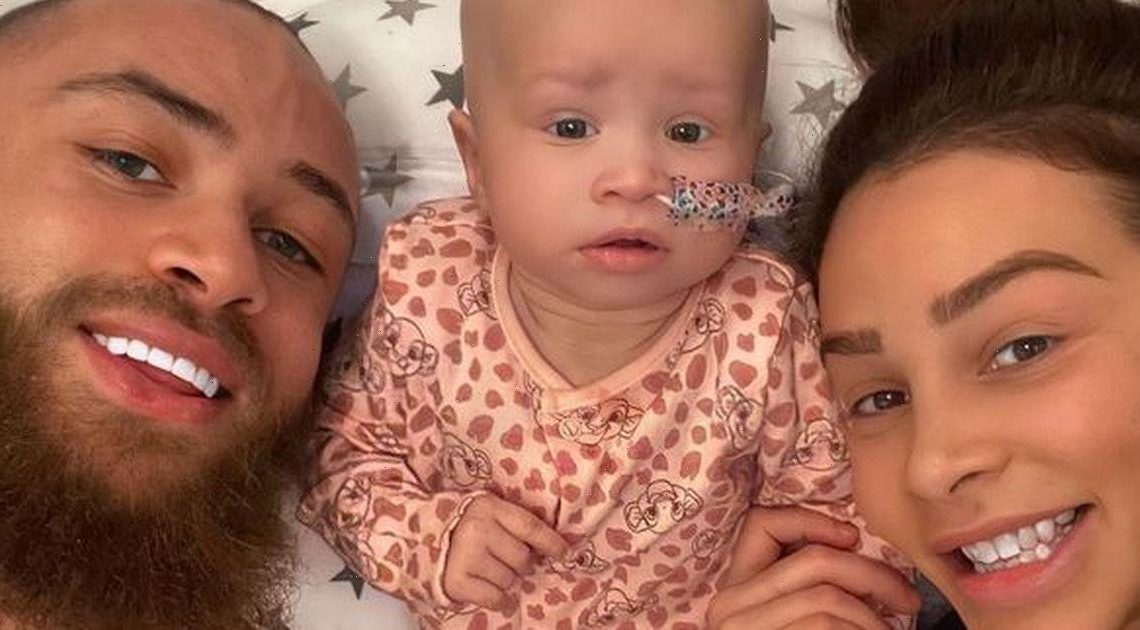 The daughter of Ashley Cain, a former Coventry City footballer and star of Ex On the Beach, died from leukaemia last month.

Her family hoped she could undergo revolutionary CAR-T therapy, which reprogrammes the body's cells to target cancers.

But, devastatingly, doctors in the UK discovered the disease had caused tumours in her spleen, liver, lungs, kidneys and brain, which meant her condition could not be treated.

More than 116,000 people donated to her fundraising campaign, and parents Ashley and Saffiya said any extra cash would go to helping other children and their families in a similar situation.

Now test results of the pioneering CAR-T treatment have been revealed and while it sounds like the stuff of science fiction, the stories of success are astonishing.

The therapy involves engineering a patient's own cells to hunt down and wipe out their disease before lingering in the body to stop the cancer returning.

Patients who had exhausted all other options and been told they had just months to live have gone into remission. Others have even been cured by the one-off dose.

In trials, all signs of cancer disappeared in more than 80 per cent of patients with acute lymphoblastic leukaemia – the most common cancer in children – after receiving CAR T-cells.

Success stories include Emily Whitehead, now 16, who in 2012 became the first child in the world to take part in a CAR T-cell trial.

Emily, who only had weeks to live when her leukaemia became resistant to conventional therapies, had the revolutionary treatment at the Children's hospital of Philadelphia in the US when she was six years old. She is still cancer-free today.

Like all treatments, CAR T-cells are not without risk. Side-effects include dizziness, fever, headaches, confusion, speech changes and seizures.

More rarely, it can cause organ failure and, in extremely rare cases, swelling of the brain.

While most side-effects are temporary, they can be fatal and 2 to 3 per cent of patients in trials have died.

It is tragically too late to save baby Azaylia, but there is hope for hundreds of children in similar situations across the UK.

There are around 600 cases of aggressive blood cancer a year in the UK, mostly in children, and around 10 per cent will relapse despite up to three years of treatment, which can include bone marrow transplants.

How to get rid of box hedge caterpillars
Entertainment