Western Australia’s biggest property developer has called on opposition leader Zak Kirkup to expel Liberal powerbrokers Peter Collier and Nick Goiran from the party and warned him to stop coming up with “magic pudding” ideas.

Satterley founder Nigel Satterley labelled Mr Collier the “undertaker” and Mr Goiran the “cremator” and said their influence in the state Liberal party was getting in the way of the best candidates gaining seat preselection, tearing the party apart in the process. 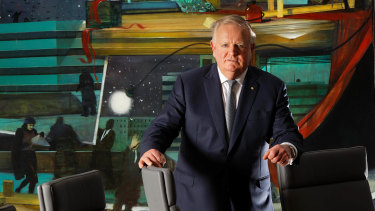 “The business community at the state level, people will not support the state party because it’s being controlled by the undertaker Peter Collier and the cremator Nick Goiran,” he said.

“What the undertaker and cremator are doing is prohibiting the best candidates from getting up.

“What the business community wants is good constructive opposition as was provided by Mark McGowan.”

Mr Satterley said he had written to Mr Kirkup and asked him in person to remove Mr Collier and Mr Goiran from the party but was yet to receive an official response.

“I saw Zak in Gordon St Garage and suggested to him politely he expels both of them or gets them to resign,” he said.

“What the business community also wants is strong leadership, not weak leadership.”

Concerns about the influence wielded by Mr Goiran and Mr Collier were raised most recently by outgoing Bateman MP and former banker Dean Nalder, who lamented the “factional games” behind the scenes in the party.

“The way they control the delegate positions for pre-selections is not a democratic process.”

Mr Satterley admitted he had supported Mr Nalder’s tilt at the leadership in November, which was abandoned before the party room vote to pave the way for Mr Kirkup to take the reins from outgoing leader Liza Harvey.

He said Mr Nalder would be the business community’s preferred leader over 33-year-old Mr Kirkup, who he described as a “nice young man” but one who lacked experience.

Mr Satterley also took aim at policy announcements by the Liberal party and Mr Kirkup, describing them as “magic pudding” ideas, after the character from the popular Australian children’s book of the same name that continuously regenerates when it is eaten.

“I think he needs to be pre-warned if he keeps coming with the magic pudding stories there will be plenty of people speaking out.”

But Mr Kirkup dismissed Mr Satterley’s criticisms and said with the ongoing global pandemic there were more important things to think about than whether Mr Collier and Mr Goiran should be removed from the party. 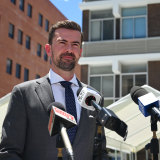 “[Mr Satterley] wrote an email, and again right now I think there are more pressing matters that confront the people of WA and that’s where my focus is,” he said.

“Right now we’re faced with a significant crisis and confusion when it comes to COVID-19 and our state’s preparation.”

The Liberal Party is in the middle of the pre-selection process for Mr Nalder’s seat of Bateman.

The party is aiming to have a candidate selected next week before Christmas day.

There are concerns within the party that the largest of the five branches which make up Bateman, Applecross, will not be able to have a say on which nominee is selected.

Mr Collier and Mr Goiran were approached for comment.