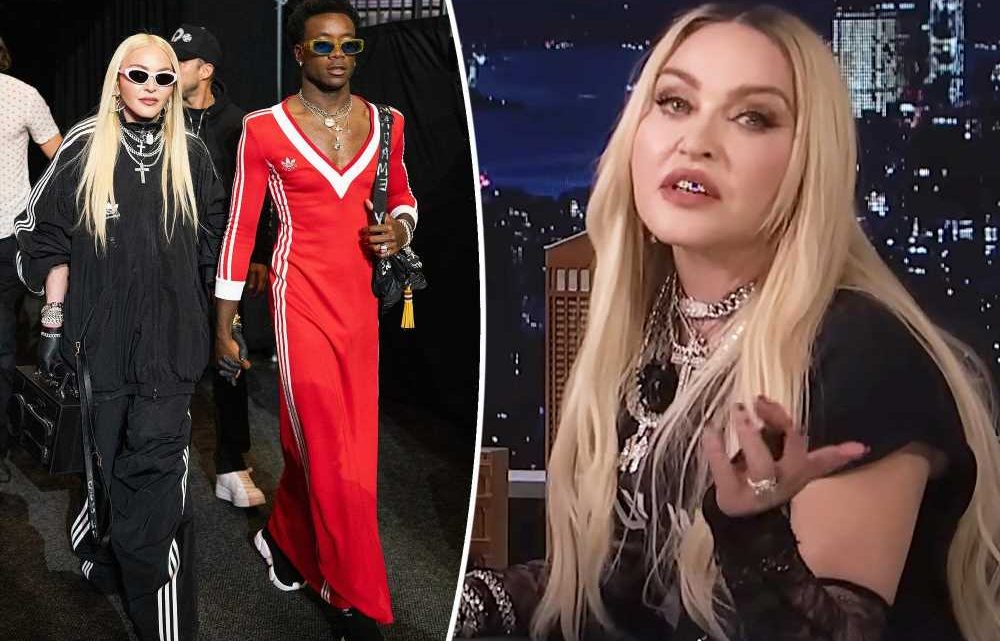 Madonna reveals the on-stage moment that almost killed her career

Madonna refuses to sell her music catalog because ‘ownership is everything’

There’s more than one fashion plate in this famous family.

While appearing on “The Tonight Show Starring Jimmy Fallon,” music and style icon Madonna revealed her son David Banda, 16, is already out-dressing her.

“He can put on any outfit and look swag as you know what,” she told Fallon on Wednesday night.

“It’s really irritating. He wears my clothes and looks better in them. He can even wear a dress and look butch.”

The “Material Girl” wasn’t joking. Back in May, the mother-son duo matched in Adidas outfits at the WBA World Lightweight Championship at the Barclays Center in Brooklyn.

Banda, who’s known for his gender-fluid fashion choices, stole the show in a bright red three-stripe dress from Adidas’ collaboration with Gucci. The teen paired the eye-catching look with a pair of yellow sunglasses, layered silver jewelry and black sneakers. 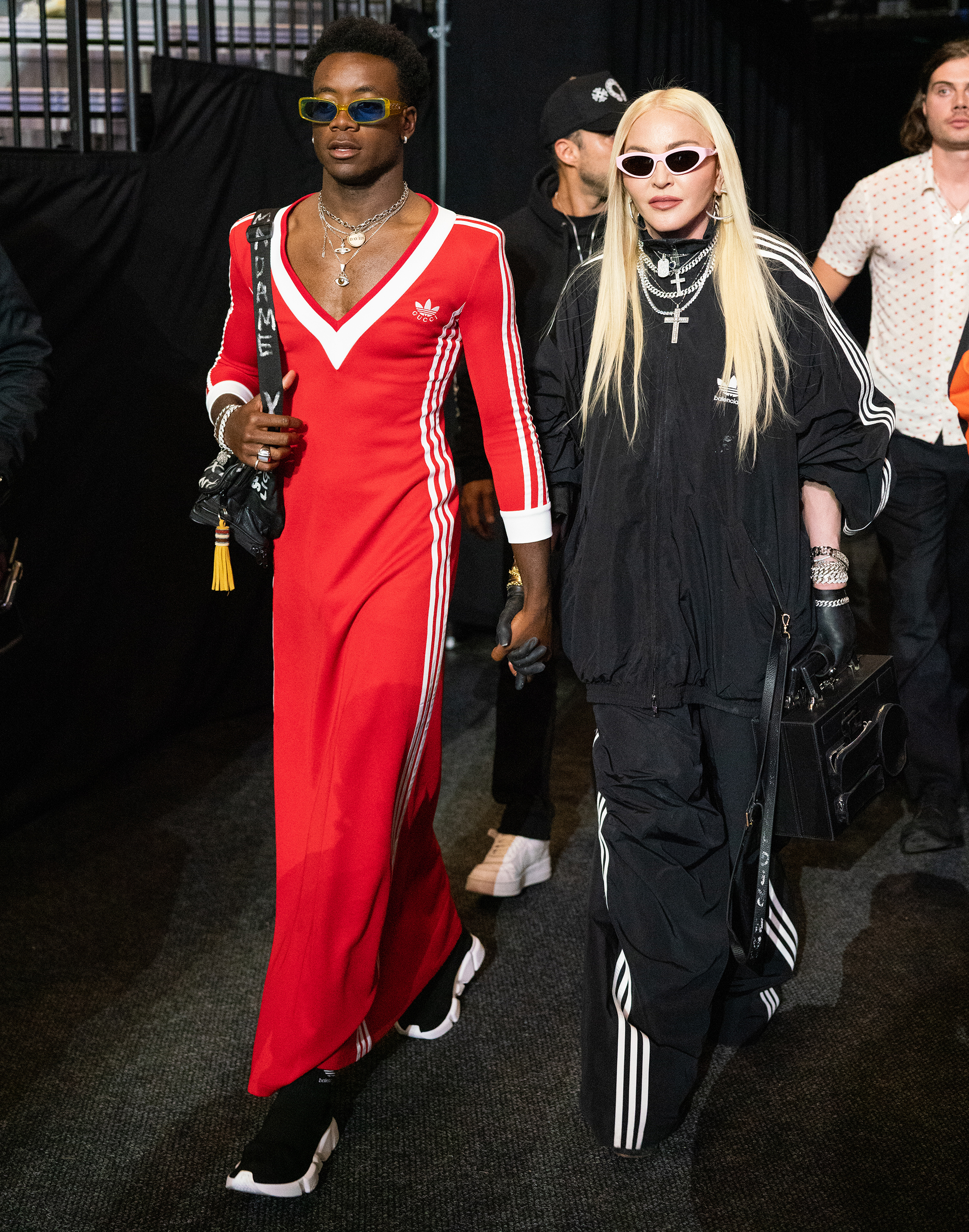 But David inherited more from his mother than just her fashion sense. The “Like a Virgin” singer went on to tell Fallon that her son, whom she adopted in 2006, is working on music of his own.

“He’s going to end up being one of your guests,” the 63-year-old gushed about Banda, saying he has “everything” needed to be a star. 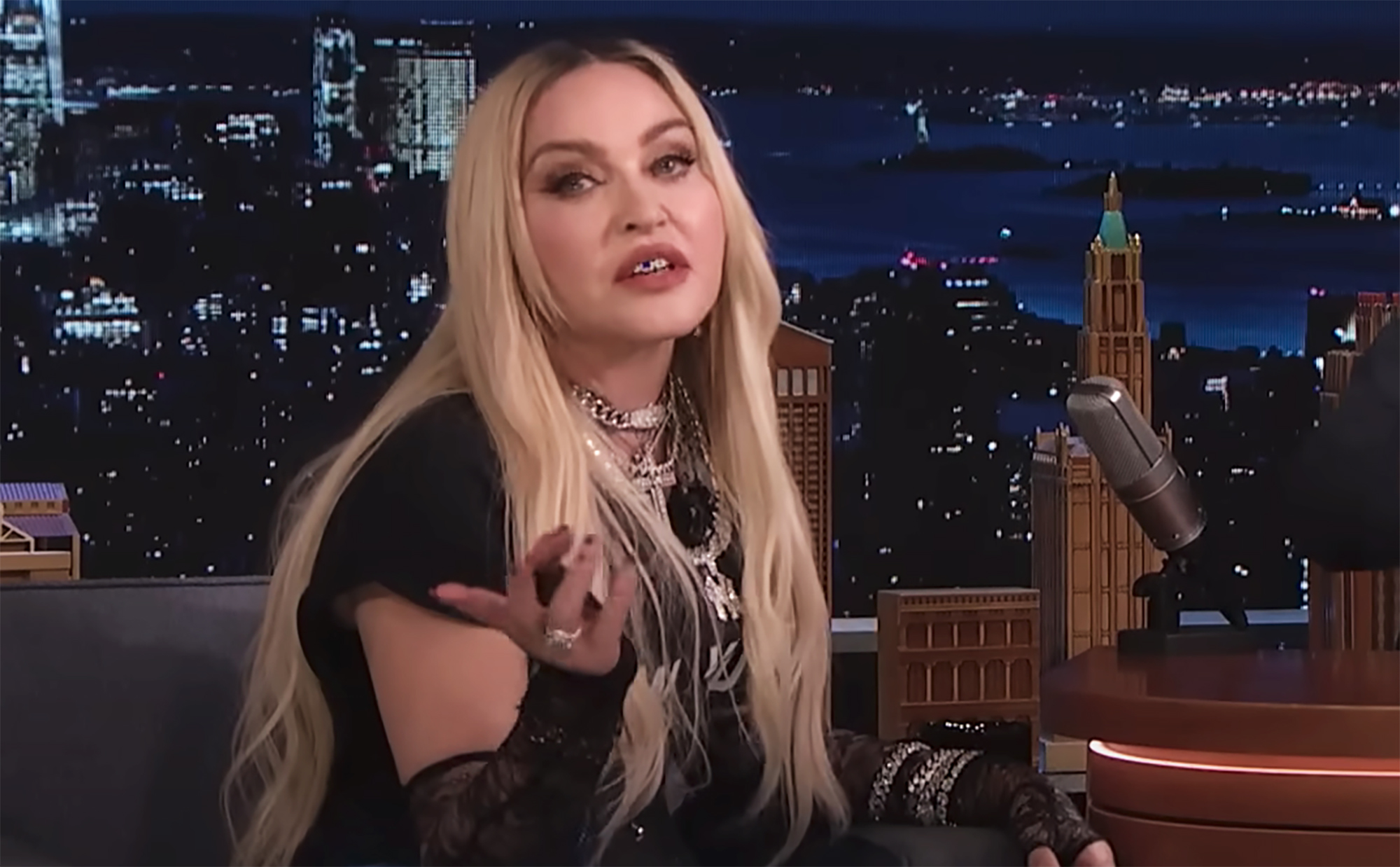 During the same interview, the hitmaker revealed the moment she believed her career was “over with” after accidentally flashing the crowd during her performance of “Like a Virgin” at the first-ever MTV Video Music Awards in 1984. 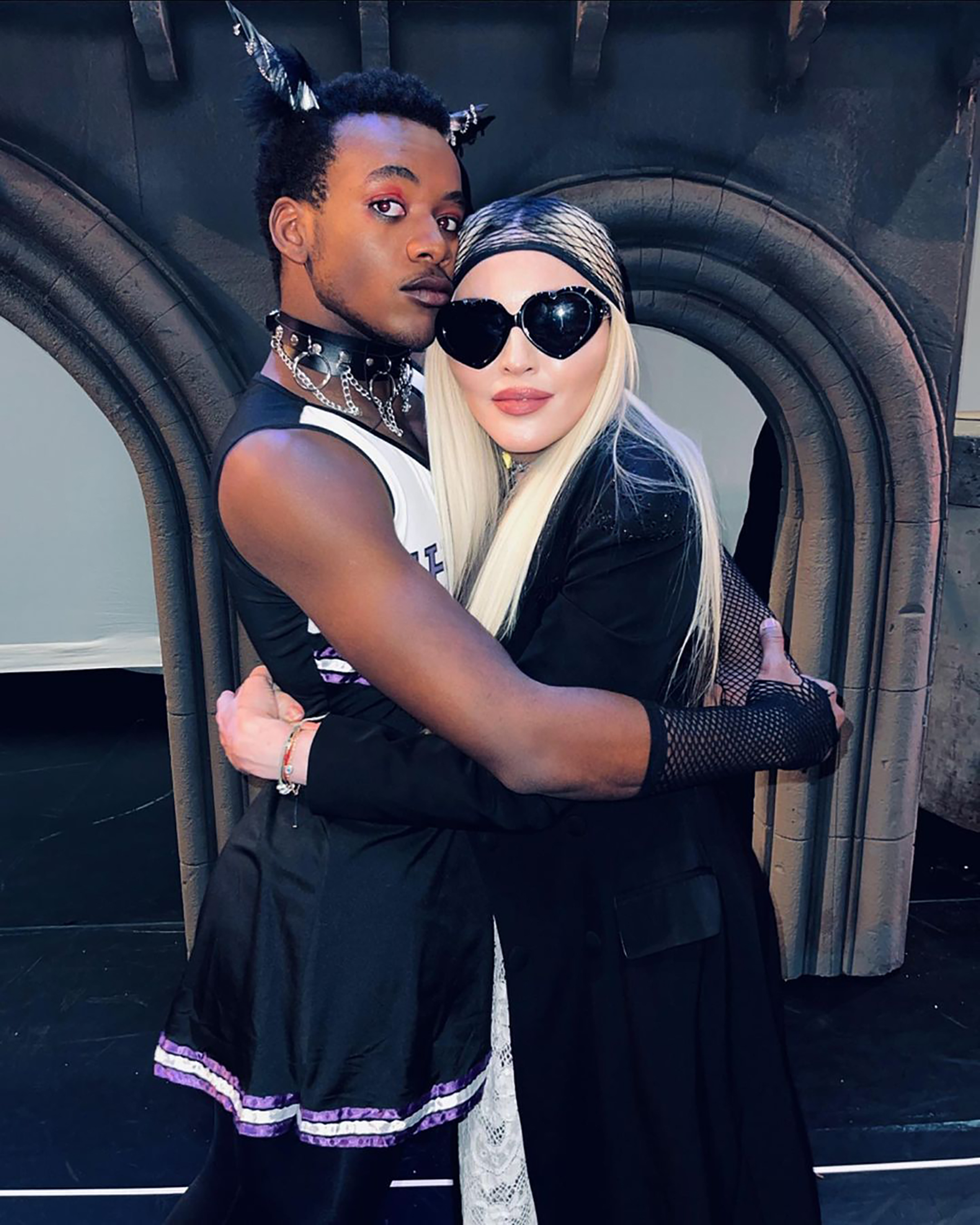 According to Madge, after her stiletto slipped off onstage, she dove to grab it — accidentally flipping up her dress and exposing her backside to the audience.

“Those were the days when you shouldn’t show your butt to have a career,” the singer joked. “Now it’s the opposite.”

Although her reps thought her career would crash after the incident, the superstar went on to become one of the bestselling female artists of all time.