Home » Lifestyle » ‘Long and happy years to reign over us’: Charles III proclaimed King of Australia

‘Long and happy years to reign over us’: Charles III proclaimed King of Australia

Governor-General David Hurley has formally proclaimed King Charles III as the reigning monarch in a ceremony at Parliament House in Canberra that involved politicians, military and Indigenous people.

To start the process, Prime Minister Anthony Albanese was joined by 16 ministers at Government House on Sunday morning for a meeting of executive council. They recommended to Hurley that he issue the proclamation of accession. The meeting included Deputy Prime Minister Richard Marles, Foreign Affairs Minister and Senate leader Penny Wong and Trade Minister and deputy Senate leader Don Farrell. 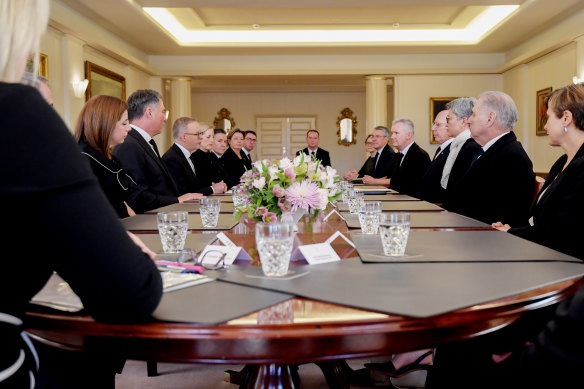 Several hundred members of the public gathered on the lawns of Parliament House for the proclamation ceremony, which took place at midday.

This was the first time such a ceremony has been held at the Parliament House forecourt since the building was opened in 1988. Australia proclaimed allegiance to Queen Elizabeth II down the hill at Old Parliament House on 8 February 1952. 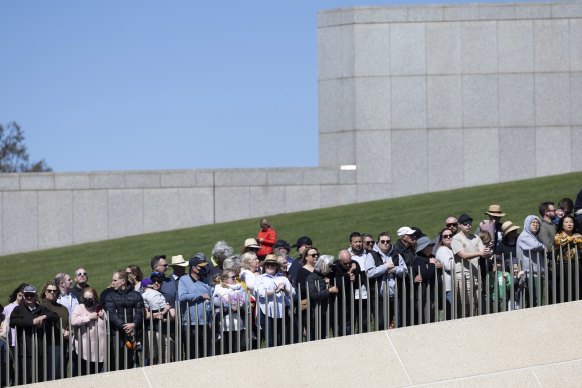 Members of the public watching the proclamation ceremony for King Charles III, at Parliament House in Canberra.Credit:Alex Ellinghausen

Australia’s Federation Guard – a ceremonial unit comprising the three services of the Australian Defence Force – stood in formation in front of the building while the band from the Royal Military College at Duntroon played a march and snippets of Waltzing Matilda. 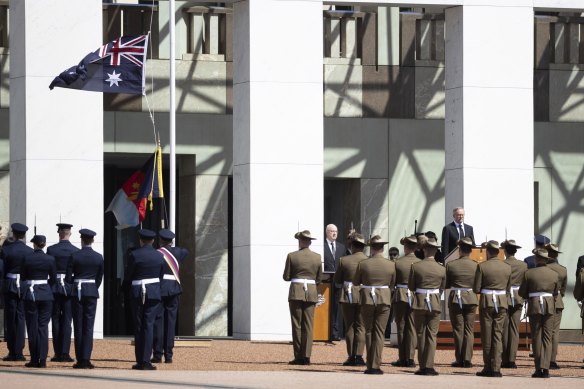 Minister for Aged Care and Sport Anika Wells was joined by her young daughter Celeste, who wore a floral dress and yellow felt crown for the occasion. 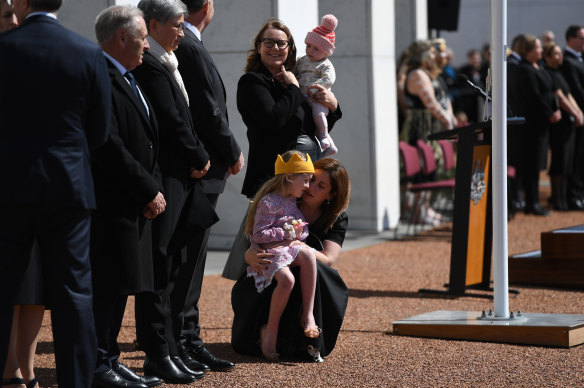 Minister Anika Wells with her daughter Celeste at the proclamation ceremony.Credit:Tracey Nearmy/Getty Images

Elements of Indigenous culture were woven into the ceremony, with Ngunnawal elder Aunty Violet Sheridan giving a Welcome to Country before Hurley read the proclamation.

“No matter what your views, Queen Elizabeth lived a life of service and she was also a loving wife, mother, grandmother and great-grandmother,” she said.

“King Charles III takes over from his mother and we know he will be thoughtful in his rule.”

Hurley then read the formal proclamation, declaring “Prince Charles Philip Arthur George to be King Charles III, by grace of God, King of Australia and his realms and territories”.

“And with hearty and humble affection we promise him faith and obedience. May King Charles III have long and happy years to reign over us,” Hurley said.

He then called out: “God save the King!” and a handful among the public took up the cry. 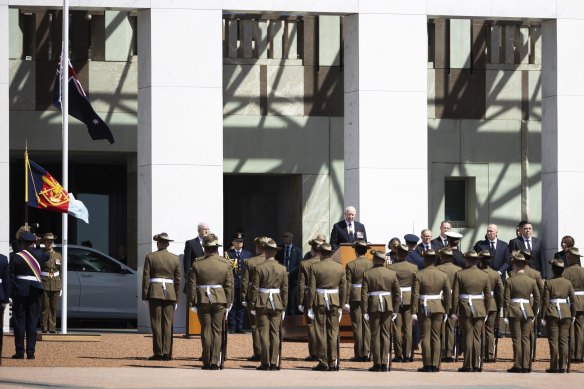 The band then played God Save the King as the flags were raised from half-mast.

All Australian flags will fly at full mast between midday and dusk on Sunday in recognition of the new king, before being lowered again until the day after Queen Elizabeth II’s funeral on Monday September 19. 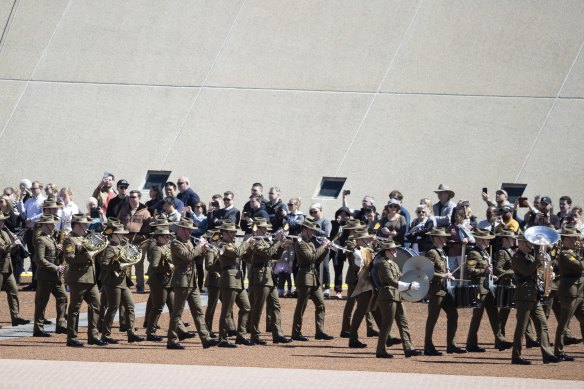 The band of Royal Military College at Duntroon take part in the proclamation ceremony.Credit:Alex Ellinghausen

After the proclamation, the Yukembruk dance group and their songman Billy T performed.

“Go to sleep now, in the nest,” Billy T murmured at the end of the traditional dances. 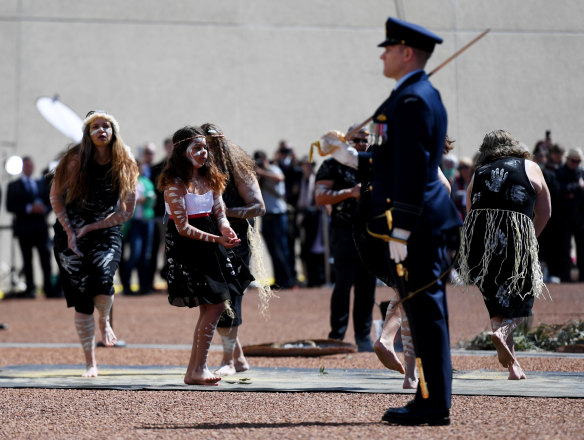 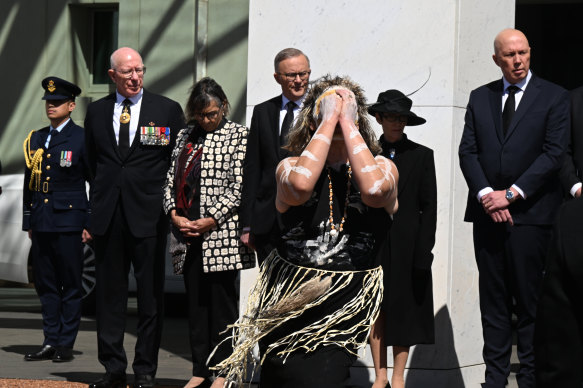 The ceremony ended with a 21-gun salute, also known as a traditional royal salute, fired by four cannons at the edge of the parliamentary forecourt. 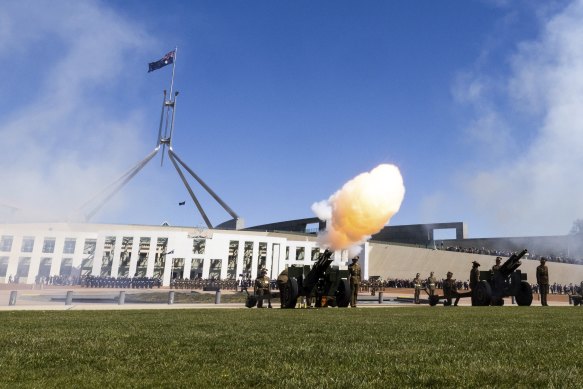 The ceremony ended with a 21-gun salute.Credit:Alex Ellinghausen