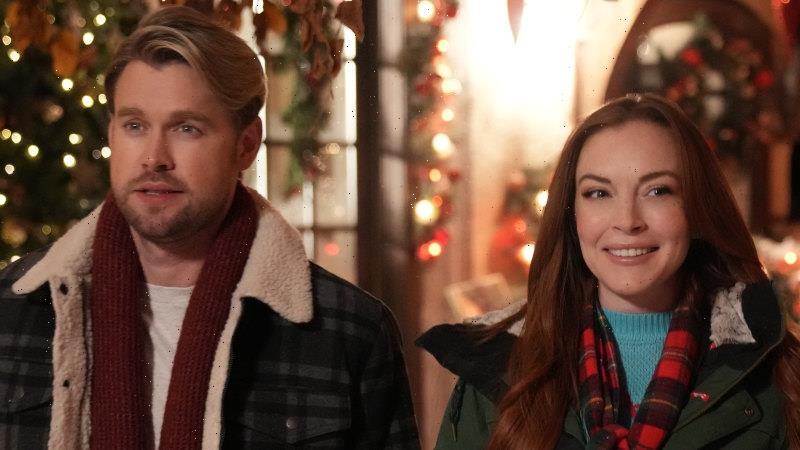 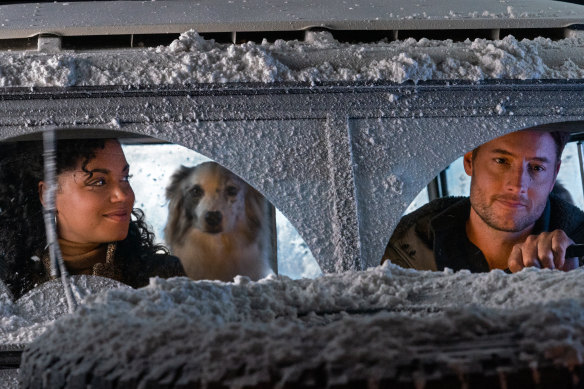 The Noel Diary on Netflix has all the familiar Christmas romcom tropes – plus a dog!Credit:KC Bailey/Netflix

Most of these are produced in-house by the streaming goliath. They’re nearly all romcoms. And, without even reading the plot, you can probably guess what you’re in for. Lots of snow. Small town hijinks. High-achieving women in thick sweaters finding love in unexpected places.

In her first major film role in almost a decade, Lindsay Lohan leads the most notable new entrant in this genre, Falling for Christmas: the story of a spoiled heiress who learns to stand on her own two feet after getting amnesia falling off a mountain.

As one critic wrote in a two-star review for The Guardian, “as these films go, it’s just about passable enough”.

But as silly they might seem, these made-for-TV-style movies actually represent a hugely profitable sector of the film industry that has ramped up dramatically in the past few years.

These films have always done good business for US cable networks like Hallmark and Lifetime. They’re quick and easy to produce, often filmed in as little as two weeks for around $US2 million (or, as a writer of Falling for Christmas has previously put it, “the catering budget for Transformers”).

They have a reliable audience, with audiences religiously tuning in each December for family-friendly viewing. They also rake in advertising dollars, as brands want to associate themselves with wholesome content. And they encourage repeat viewing each Christmas, meaning well-known actors can be enticed by the thought of ongoing residual checks.

But since around 2017, industry insiders in the US have reported an “explosion of demand” as audiences craved more things to comfort-watch. This is also around the time streaming services like Netflix got in on the action; their first holiday original holiday movie, A Christmas Prince, was a runaway hit and has since spun into its own franchise. The following year, Lifetime added 14 new movies to its stable (compared with just six the previous year).

On a recent podcast, Lifetime’s head of programming, Amy Winter, said this demand has continued through the past few years – adding that the pandemic also resulted in an appetite for specific kinds of positive Christmas stories.

“People wanted to see people getting back together with their families … and the other thing was getting away, seeing beautiful places we couldn’t go to because we were trapped in our houses.”

Cailah Scobie, chief content officer at Stan*, has observed a similar phenomenon in Australia. “The desire for positive escapism, has definitely increased,” she says. “And I think at the heart of any Christmas feature, it has to be happy and positive.”

“Often there’s a focus on family because it’s a time when people are together with their family … It’s about bringing back that feeling of togetherness. And often focusing on nostalgia elements [too] … allowing audiences to remember Christmas through their own eyes when they were children.”

Notably, many films released this year feature actors millennial viewers would have fond memories of from their younger years – from Lindsay Lohan in Falling for Christmas to Freddie Prinze Jr in Christmas With You to Will Ferrell in Apple TV’s Spirited (his first Christmas film since the beloved 2003 classic Elf).

But not all Christmas films follow the same formula – and this spike in interest in the genre has allowed some producers to expand their offerings.

There are now more holiday films centred on queer romance, for instance (Single All The Way and The Holiday Sitter, Hallmark’s first-ever LGBTQ+ romance, are recent additions to streaming). And producers like Stan have started making their own local content too.

Since 2020, the streaming service has released one Christmas film per year: first the crime comedy A Sunburnt Christmas, then romcom Christmas on the Farm and family-friendly adventure comedy Christmas Ransom, starring Miranda Tapsell and Matt Okine.

“Australian audiences want to see Australian culture on our screen,” Scobie says. “And the reality is that a lot of the Christmas films, even the classics that everyone loves [Elf and Love Actually are two perennial standouts on the platform], are set in the northern hemisphere where it’s typically cold and snowy.

“I think bringing Australian culture into it, comedy is important too: the cheekiness is probably what sets an Australian Christmas film apart.”

*Stan is owned by Nine, the publisher of this masthead.