Bring on the beauty! Lily Collins made quite the statement with her glam during the first season of Emily in Paris. And after sitting down with the Aurélie Payen, the makeup artist for the show, we can pretty much promise that the second season, which launches on December 22, is going to serve up some seriously stunning looks.

PSA: Lancome Is Dropping an ‘Emily in Paris’ Makeup Collection

That in mind, the beauty this go round is going to be a “bit different” than what fans initially saw. Fresh from Chicago, Collins’ character, Emily Cooper, was all about matte lipstick and berry hues for the series premiere. But for the second season, fans can expect her to have a little more of the French je ne sais quoi, if you will.

“I wanted to still stay focused on Emily’s personality, but add a tiny bit of French makeup and French style into her character,” Payen exclusively told Us Weekly’s Stylish, noting that the subtle switch toward more natural glam is reflective of the Parisian influence. “[She’ll be] French inspired, but still her. Still the Emily that we know and love.” 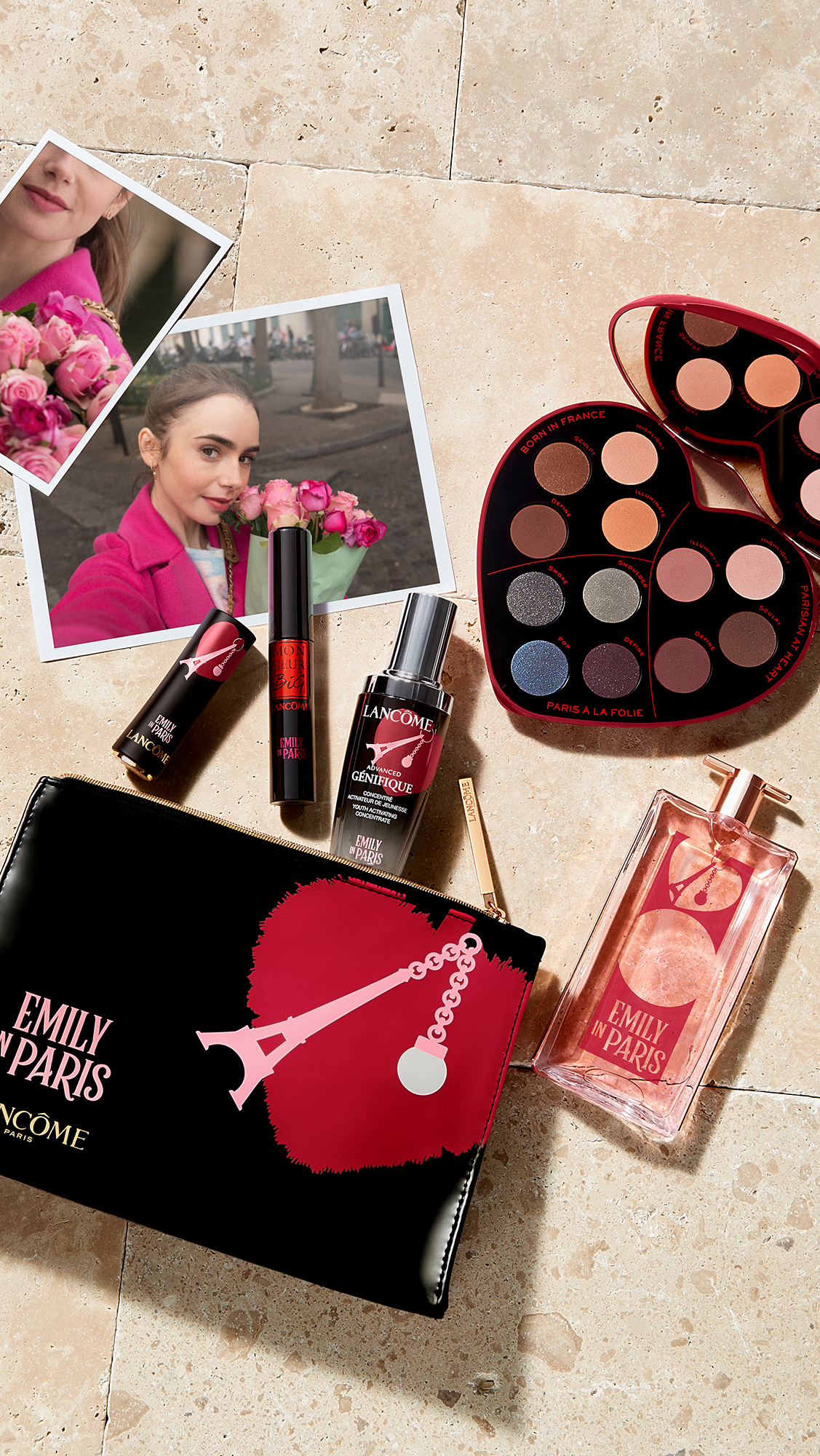 These changes to her aesthetic are more than a simple stylistic decision. Adapting her makeup is an important tool in storytelling.

“Emily uses makeup to reflect her personality. She came from the United States with strong lips … Emily is vocal. She’s someone who says things and is not afraid to say it,” Payen explained of her season one vibe.

Now, however, she has had “a little more time” to immerse herself in the French culture. “She is enjoying French people, French landscapes, she becomes a little bit more French. It means that maybe she will take a little away from her lips for something more natural,” Payen explained.

While she can’t “tell everything” about what’s to come, she shared that viewers can pick up on these “tiny” difference right off the bat.

“In the first scene, I wanted to add something more natural, more French vibes,” she said. “So instead of using a matte lipstick, I used a moisturizing balm, which French girls do. It’s those kind of little things.”

From ‘70s-inspired “pops of color” that stay true to Emily’s persona to light and “glowy” complexion products that ooze French girl beauty, it’s safe to say that season two is going to serve up all the inspo. And get this: you’ll be able to get your hands on the exact products Payen used on the show.

Emily in Paris has teamed up with Lancôme to launch a limited-edition capsule collection complete with eyeshadows, lipsticks, serums and fragrance. The collaboration couldn’t be more fitting either, as Collins has been a Lancôme ambassador since 2014.

While there are a handful of obsession-worthy products in the line, Payen says the cult-favorite Monsieur Big Mascara, which got a cute Emily in Paris-themed upgrade, reigns supreme. “Mascara is really important when you don’t have time to do your makeup in the morning,” she said. “A little bit of mascara and you have the look.”

Want more inside deets about the show’s new season? On Monday, December 6 at 5pm PST/8pm EST, join Ashley Park [Mindy] from the hit show as she debuts the Lancôme x Emily in Paris collection on the brand’s Instagram feed and chats about season 2.