Home » Lifestyle » ‘Let your difference be your light’: the childhood advice that inspired actor Tim Omaji

‘Let your difference be your light’: the childhood advice that inspired actor Tim Omaji

Each week, Benjamin Law asks public figures to discuss the subjects we’re told to keep private by getting them to roll a die. The numbers they land on are the topics they’re given. This week, he talks to Tim Omaji. The singer (aka Timomatic), dancer and actor, 33, rose to fame in 2009 via So You Think You Can Dance Australia. He will appear in the TV show Clickbait and the Melbourne stage production of Moulin Rouge! 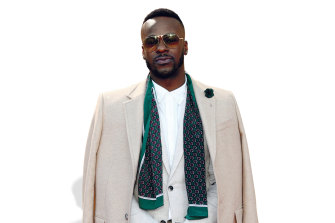 Tim Omaji: “My parents were great at instilling self-confidence: you’re unique for a reason; let your difference be your light.”Credit:Getty Images

What misconceptions about sex did you grow up with? Okay, I grew up in a very religious family …

Was there a big difference between attitudes around sex and relationships in your Nigerian-Australian family versus the majority of white Australia? Yeah, with my white friends, there was just a chillness, a calmness and a relaxed, kind of nonchalant attitude. In our Nigerian household, my father particularly is a man of morals and strong principles. Sex wasn’t really talked about. When sex came up in movies, it was like, “All right, turn your head, kids.”

Did you feel attractive growing up? Probably not until maybe age 15, 16. Growing up, I was usually the only black kid in my year; it’s easy to spot me in the yearbook photos. So there was definitely a feeling of being left out. It wasn’t until I was 15 that I started to learn that I was good-looking, which is testament to my upbringing. My parents were great at instilling self-confidence: you’re unique for a reason; let your difference be your light.

You’re on Instagram, occasionally shirtless. Do you feel comfortable with the pressures of being a sex symbol in your industry? I’m very secure in my body. I take pride in it, you know? I love training and I love taking care of myself. My dad was a soccer player as well as a criminologist. He was always naturally body-conscious: he ate well and was playing soccer into his 40s. It wasn’t like, “I’m a pop star now, I gotta watch what I’m doing.” It was natural for me.

What ingredients are needed for good sex? Spontaneity. A sense of humour. A shared love of music.

Did you want to nominate one of your songs? [Laughs] Never for me! But for other people, if that’s what they want, go for it! There’s a song called Mine which would be perfect for bedroom action.

You grew up mostly in Darwin and Canberra. Being Christian, did you believe in heaven and hell? Pretty much. We believed that physical death isn’t the end. That our souls live on and that, ultimately, the prize at the end of life is to live for eternity in heaven.

Is that what you believe now? I do believe in eternity. Oprah said this – and it hit home – that we are all spiritual beings living human experiences. I think there’s a connectedness in us to a higher being, to a creator. I believe it’s God. Some people believe in other things – and that’s cool.

When was the last time you grieved? When my manager passed away in 2014. His name was Mark Byrne; he was an incredible man who built my career from scratch. I really didn’t grieve his death until, like, two years after. It took me a while to [be able to] sit back and let the tears flow.

In 2015, you went from your stage name, Timomatic, to Tim Omaji, then back to Timomatic in 2017. Is this the death of Tim Omaji? Funnily enough, Mark was connected with this. I went to Omaji after he passed away because my music was transitioning around that time. I wanted to turn over a whole new leaf. But funnily enough, I felt like he was probably the only one who could have guided me through that – Tim Omaji just didn’t resonate. Now I separate it. Acting: Tim Omaji. Music: Timomatic.

What do you still want to do before you die? Have a family. Set up an educational program in the arts for people of colour. Diversity in my field is on the rise, but it still has a way to go.

You sing, you dance, you act. What can’t you do that you wish you could? Ooh, it changes, but I wish I could paint. My handwriting alone is questionable.

Terrible handwriting is a Millennial thing, right? True, true! I’ll take it. But my partner, Constantina, is incredible. She’s a hatmaker and an incredible artist. If we both drew the same face, mine would look cartoonish at best.

In 2010, you had to withdraw from performing in Fame due to a back injury. How common is it in your industry to be injured to the extent that you can’t work? Not very common. For me, it was the first musical I’d ever been in, and performing eight times a week, doing something so physical with a lot of flips and tricks, I’d never worked my body like that. So I quickly learnt my limits, what my body can take.

Lead us through your workout regimen. What do you do for that bod? A lot of boxing and high-intensity interval training.

What is your worst habit? Eating loudly. Me and a packet of Doritos? Game over.

What is a physical superpower you have that most people don’t know about? I can micro-nap really well.

You were often the only black kid in school. How do you feel about being a black man in Australia now? Powerful. Being a black African-Australian man is still, from a worldwide perspective, such an unknown thing. When I travel to the States, they think I’m from the UK. I feel like it’s almost a special responsibility to write stories that are uniquely African-Australian. So I feel powerful, man.

To read more from Good Weekend magazine, visit our page at The Sydney Morning Herald, The Age and Brisbane Times.

The best of Good Weekend delivered to your inbox every Saturday morning. Sign up here.

‘It was like I’d never done it before’: how Sally Rooney wrote again
Entertainment