Laughs, love and lace aplenty in A Little Night Music

A Little Night Music is a bittersweet bonbon of a musical, and one of Sondheim’s most appealing. 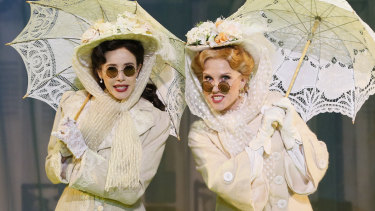 Based on the Ingmar Bergman film Smiles on A Summer Night, it flirts with romantic disaster as the characters – all Scandinavian, and (as the musical’s elderly matriarch notes drily) "all insane” – tie themselves in love-knots, before cutting loose, on one midsummer night when the sun never sets.

Victorian Opera confects a production brightly wrapped in crisp wit and period style. It’s dizzy and funny and artfully sung, though the metier seems more in keeping with the smart surfaces of Oscar Wilde’s farces than a labile, almost sub-Chekhovian, comedy that wells up from the perversity of human desire. 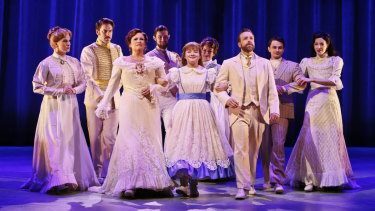 The cast of Victorian Opera’s A Little Night Music.

One obvious problem on opening night was sound staging. Some terrible mishap left performers inadequately amplified during the first act – you couldn’t hear them properly over the orchestra, with tense results. The issue resolved post-interval, and the subsequent confidence and brio of the ensemble is probably a better indication of what you can expect.

Every kind of love is represented in A Little Night Music, but the old flame rekindled burns strongest. As the glamorous, middle-aged actress Desiree Armfeldt, Ali McGregor has a warmth, a seductively urbane charm that illuminates her every move. She’s a joy to watch, even if her rendition of Send In The Clowns doesn’t ache with regret.

Simon Gleeson as her former beau, lawyer Fredrik Egerman, is saliently miscast. He sings as mellifluously as he always does, but he’s much too young for a character who jokingly compares himself to King Lear, and suspension of disbelief is a very tall order. 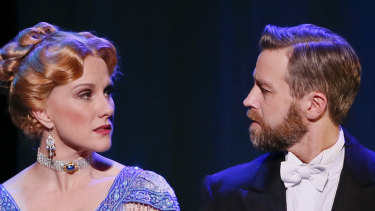 Elisa Colla plays Fredrik’s flighty young wife Anne, sustaining the role’s comedy without over-camping or resorting to flimsy caricature; her acting matched by sweet and nimble vocals. As tormented seminarian Henrik, Mat Verevis is suitably brooding, with an unstrained purity of voice in a part with a high tessitura.

If Stuart Maunder’s direction sparkles and flows, catching each eddy of comedy precisely, the undercurrents of melancholy in the work aren’t as strongly drawn. The night smiles many more than three times in this production, without moving you as much as it should.