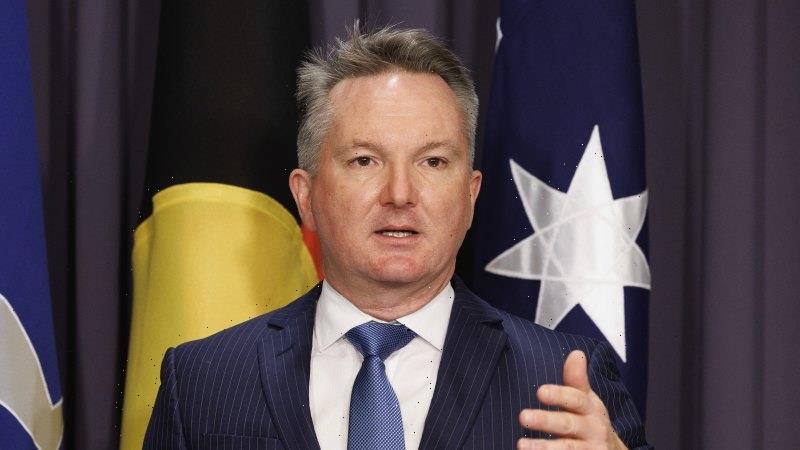 Labor flags higher climate target for 2035 within next three years

Climate Change and Energy Minister Chris Bowen has his sights on setting a more ambitious emissions reduction goal for 2035 before the next federal election, after confirming Labor’s 2030 target is locked in.

Bowen said on Monday Labor had been granted an election mandate to stick to its target of cutting emissions by 43 per cent on 2005 levels by 2030. 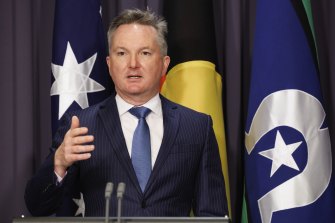 However, he emphasised that the deadline for 2030 was not the only milestone under the Paris Agreement, which is overseen by the United Nations and commits signatories including Australia to set themselves increasingly higher targets.

“The Paris mechanism is very clear … all future targets must be better than previous targets,” he said on Tuesday.

“The UNFCCC [United Nations Framework Convention on Climate Change] wouldn’t accept a target which is backsliding. We’ve made that explicit in the legislation and I think that is very clear.”

The Paris Agreement requirement to increase emissions reduction over time was ducked by the former government when it went to last year’s international climate talks with the same 2030 target Australia set in 2015 – to cut emissions by 26 per cent from 2005 levels.

But a new target for 2035 is due by early 2025 – within this term of parliament – and Bowen said the level of emissions reduction would be informed by advice from the federal government’s Climate Change Authority.

“In due course, I’ll advise the cabinet on the 2035 target and that will be advised by the Climate Change Authority and hopefully I’m still climate change minister when we are setting the 2040 target as well,” he said.

“Our job collectively across the planet is to make forward progress to make sure the international institutions … are strong and robust and making forward progress, and under Anthony Albanese we’ll play a very strong role in doing so.”

Labor announced on Monday changes to its climate change bill designed to ensure support from the Greens, including inserting the 43 per cent target into the objectives and functions of key agencies such as CSIRO, the Clean Energy Finance Corp, Infrastructure Australia and the Australian Renewable Energy Agency.

The government will need the Greens’ votes in the Senate to pass its legislation, as the Coalition has indicated it will oppose the targets.

Labor stopped short of some of the Greens’ biggest demands, such as phasing out coal and gas exports, and it remains to be seen if this rewrite of the bill is enough to lure the minor party across the line.

Bowen on Monday also confirmed he would alter the wording of the original bill to make it clear that while the 43 per cent target would not be raised, it was a minimum requirement, not a ceiling.

“The 2030 target is set in legislation. It’s our target and we’ll stick with it,” Bowen said. “We hope and expect Australia can do even better than that with the combined efforts of industry, unions, communities, governments state and federal.”

Is there more to Joao Cancelo’s new Manchester City squad number than meets the eye?
Entertainment